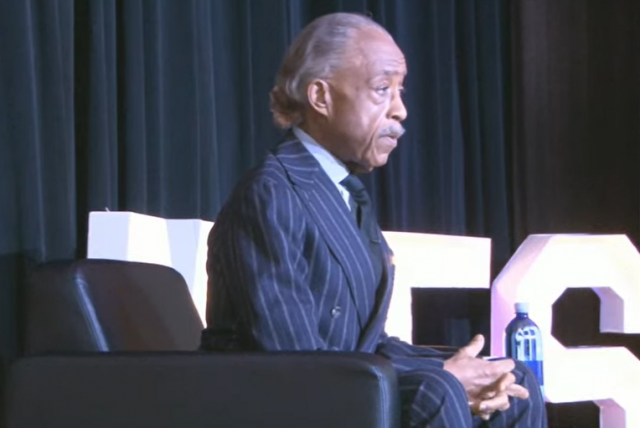 “We are in an era right now where much of what was fought for is at risk,” Sharpton said. “We must fight to retain and restore our voting rights. We must fight to build our economic institutions and we must preserve our educational institutions like Miles College . . .Let’s turn our pain into power and deal with making Black history right now…the time is now”

Earlier this month numerous HBCUs reported bomb threats and some schools had to be evacuated. “There’s a reason why all these HBCU’s were receiving bomb threats,” Sharpton said. “They want to scare people from coming…because if they can take race out of other colleges and have you afraid of going to HBCUs then you will not know who you are and you will not know your history.”

The debate around critical race theory “is nothing but a deviation and a distraction,” he said.

“In the 80’s it was welfare… it is always some [term] they use to generate some excitement among a certain base . . . because critical race theory is not really an existing issue,” he said, “. . . [it’s] not in public school, [it’s] not in most colleges, but it is a good way for them to say that Blacks have indoctrinated whites with guilt and hate and things that are not true. The fact of the matter is you cannot [teach] American history without dealing with Black history.”

Sharpton also touched on the changes made as a result of the Civil Rights Movement “right up the block in Birmingham.” “In 1963, …four little girls were killed in Sixteenth Street Baptist Church, the local leader was the Rev. Fred L. Shuttlesworth [who had] his house bombed” which led to the Civil Rights Act of 1964, Sharpton. He also pointed out that Birmingham now has an airport named after Shuttlesworth where he landed Sunday night.

As for former president Trump, Sharpton said most people spent time reacting to Trump’s behavior and tweets in the middle of the night…”but were not looking at all of the things that he was doing to dismantle the things [President Barack] Obama and others had built.”

Sharpton said Trump put 300 judges on the federal court and three on the Supreme Court, giving conservatives a 6-3 majority on the High Court. “We will for the next two generations be facing Trump judges in federal court and in the Supreme Court,” he said. “We have cases on affirmative action and cases on Roe Vs. Wade…[that] can be reversed right now.  This is why we need people who are serious and sober about dealing with issues of today because everything we have worked hard for can be undone.”

In closing, the Civil Rights leader provided word of encouragement to “the younger generation.” “We have in our veins history and strength. Don’t undersell yourself…you are the strongest. You can take everything that is going on now and turn it all round…it has been done before and can be done again,” he said.