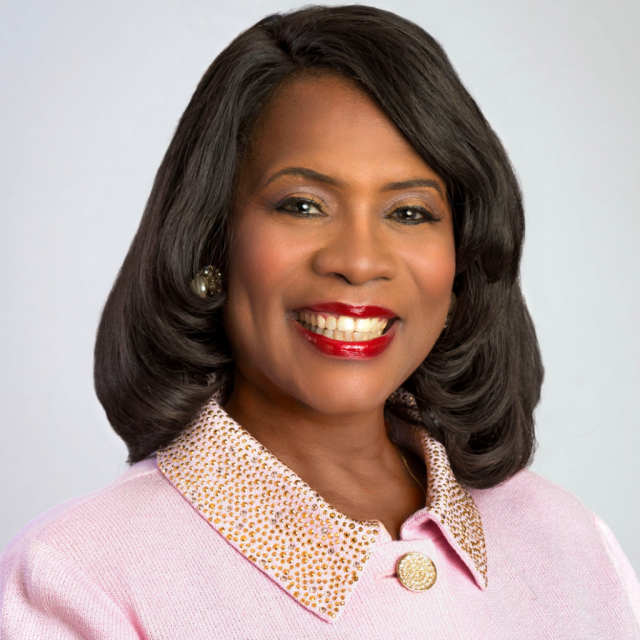 Steeped in far more than historical significance, the confirmation of Ketanji Brown Jackson to the highest court of the land would represent yet another significant step in America fulfilling its promise to African Americans who helped build this country.

The appointment of Brown Jackson to the United States Supreme Court is a long time coming. In fact, it was 55 years ago in 1967 that Justice Thurgood Marshall — the first African American — was appointed to the nation’s high court and 40 years ago in 1981 when Justice Sandra Day O’Connor — the first woman ― was appointed to the Supreme Court. Rather than a long time coming, for many, this appointment is a long time overdue. Either way, the women of Alpha Kappa Alpha Sorority, Incorporated® stand in support of the Biden-Harris Administration in fulfilling this promise.

Founded in 1908 by African American women who were service-minded scholars, Alpha Kappa Alpha Sorority is comprised of professional women who have succeeded despite unimaginable odds to lead in every area of human endeavor. Sadly, however, there are still “firsts” to be achieved and glass ceilings that still must be shattered.

We are encouraged by the fact that with so many Black women serving as attorneys, state and federal judges, law clerks, public defenders, prosecutors, corporate counsel, law professors and non-profit lawyers ― all fighting on the frontlines of the ongoing struggle for justice and equality in America ― there has never been more qualified Black women ready to meet this moment.

It has only been the glaring absence of opportunity that has stunted our progress and impeded the Supreme Court from reflecting the true diversity of these United States. This glaring omission was corrected when President Biden’s nominated Brown Jackson to serve on the United States Supreme Court.

We stand united in the continued fight for Black women to be represented in all arenas important to the progress of our nation, and we are ready to walk arm-in-arm with this administration every step of the way as some of the very best and brightest Black women judges and attorneys are identified, vetted, interviewed, and presented to the United States Senate Judiciary Committee.

Finally, we support swift confirmation hearings under the leadership of Senator Dick Durbin, Senate Judiciary Committee Chairman, leading to a fair vote for the chosen candidate. We also call for the highest level of professionalism befitting the institution and solemnity of the U.S. Senate and worthy of the ultimate nominee’s qualifications and accomplishments for this sacred service.

To witness Brown Jackson confirmed as a United States Supreme Court Justice for the first time in the Court’s 233-year history will merely affirm what we all already know to be true. There are countless Black women in the legal field who have distinguished themselves as brilliant jurists, fierce advocates, and venerable legal scholars and made tremendous sacrifices to shape the laws of the land and help secure justice for all. Charlotte E. Ray would be one case in point.

Attorney Ray was the first African American woman lawyer in the United States. She graduated from Howard University Law School in 1872 upon gaining admission under the name C.E. Ray and was the first woman admitted to the District of Columbia Bar 150 years ago. Described as a woman of “decided ability” and “one of the best lawyers on corporations in the country,” she was unable to sustain her legal practice and was eventually forced to return to teaching. However, Ray’s historic bar admission was the precedent that set the stage for the admission of countless other women to state bars around the country.

This confirmation of Brown Jackson as Supreme Court Justice will be a moment in time when at least one African American woman will no longer be forced to abandon her dream and live beneath her privilege. We know for certain that this hallowed institution will be better with the appointment of Brown Jackson. That fact serves us all well.

Glenda Glover, Ph.D., JD, CPA, is International President and CEO, Alpha Kappa Alpha Sorority, Incorporated® (AKA), an international service organization that was founded on the campus of Howard University in Washington, D.C. in 1908. It is the oldest Greek-letter organization established by African American, college-educated women.