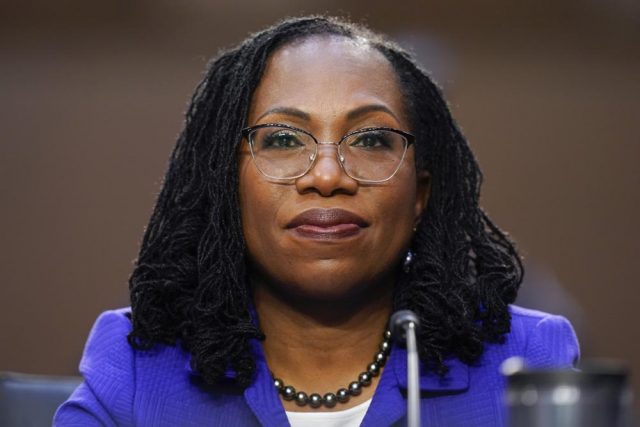 As Judge Ketanji Brown Jackson fielded questions from the Senate Judiciary Committee this week after being the first Black woman nominated to the Supreme Court in the 233-year history of the institution, leaders in Birmingham’s legal community couldn’t have been prouder.

“I’m ecstatic,” said Attorney Ellise Washington owner of EMW Law LLC and president-elect of the Black Women Lawyers Association of Alabama. “In 2022, almost 160 years after the Emancipation Proclamation, we are on the verge of having our first Black female Associate Justice.”

“Judge Jackson is extraordinarily accomplished and should be on any president’s list of highly qualified, exemplary high court candidates … not because of her gender or race but because of her resume and her qualifications,” Washington said. “It’s perfect timing for Women’s History Month.”

“As Black women in law, we have always been women of jurisprudence and qualified candidates for these positions,” she added. “It’s refreshing to have a president who sees those qualities in us and who chose to appoint one of us.”

Attorney Gloria Sellers owner of the Birmingham-based Sellers Law Group LLC and programs chair of the Black Women Lawyers Association of Alabama, said, “It’s inspiring for me personally. Jackson comes from a public defender background, and knowing that she walked similarly on the path that I’m walking tells me there is no limit for Black women.”

“Once in a Lifetime”

“Jackson’s record speaks for itself,” Givan said. “She has a legacy of leadership that absolutely cannot be denied. What that means for me as a Black woman and a lawyer, as well, is that the possibility of hope is never-ending. I feel that her nomination gives young Black girls hope. … This is a testament that this is in God’s time.”

Merika Coleman, vice minority leader of the Alabama House of Representatives, said of Jackson, “She can relate to many stories [that] Black Americans face.”

“Jackson is a woman who had to endure watching her uncle go to prison for life for a nonviolent drug crime,” she continued. “To see that a woman of her caliber and status has those personal experiences says a lot. … And that can be the first step toward true changes in our legal system and even democracy.”

The National Council for Negro Women issued a statement on Twitter (click here to read it in its entirety) noting that said the appointment of Jackson “is a watershed moment for women, for people of African descent, and for democracy itself. It proves that the centuries-long disqualifier—being a Black woman—no longer exists.”

“Comes With the Territory”

Jackson’s nomination hasn’t come without opposition, which was expected given the political divide in the country.

“Despite that stellar resume, her identity as a Black woman, plus her professional background as a former public defender, means she’s likely to be described less glowingly, get interrupted more frequently, and be asked more questions about her qualifications than another nominee would be,” said Judge Katrina Ross, District Court Place 6, Criminal Division for the city of Birmingham.

“This is something almost every person of color in politics faces sooner or later, no matter how brilliant and accomplished they are,” Ross said. “Certain people will claim that [Jackson] is unqualified and that [her] markers of success, such as being editor of the Harvard Law Review—which she was—or clerking on the Supreme Court—which Jackson did—are, in fact, not markers of success at all. Instead, they say they’re proof of special and undeserved treatment due to race.”

Cynthianther L. May, owner of the Birmingham-based May Law Group LLC, said, “It is an honor to share in the practice of law with such immensely talented and skilled Black women. Each one of us stands on the shoulders of women who’ve stared into the face of misogyny and persevered despite racism.”

“The nomination of [Jackson] puts on display the qualifications of [one] Black woman while simultaneously combatting a stereotype sometimes held over us all,” May continued. “Her nomination and qualifications display to the world her intellectual prowess. Although I am so proud to witness her nomination, the responses to her name and the critiques of her ample qualifications shine a light on the bias that still exists and should remind us of the work that still needs to be done.”

For current students in pursuit of similar career paths, Jackson’s nomination is even more of a motivator. Hannah King, a Washington, D.C., native, and current law student at The University of Alabama School of Law, said the nomination gives her “new hope.”

“I’m currently in my first year of law school,” she said. “Honestly, the news of Ketanji Brown Jackson’s nomination is so inspiring. The news came at a pivotal moment in my educational journey, … confirming that anything is possible.”

“Her background as a public defender may not sound like a big deal compared with her other claim to fame of being the first Black woman nominated to the [Supreme Court],” King continued. “But it matters significantly because Jackson’s job was not to prosecute [those] accused and send them to prison, but it was to defend them when they could not afford lawyers themselves. That’s an entirely different experience.”

Kaila Pouncy, currently a junior at The University of Alabama on a pre-law track, said Jackson’s background is the “perfect inspiration.”

“Judge Ketanji Brown Jackson’s Supreme Court nomination is a pivotal moment in history that speaks loudly to the ever-pressing need for diverse representation amongst our judicial powers,” Pouncy said. “I’m inspired by Judge Jackson’s extensive qualifications, deep experience, and intellect, all of which will surely bring a fair and just perspective to our Supreme Court.”

If confirmed, Jackson will replace retiring Justice Stephen Breyer, for whom she clerked earlier in her career. She currently serves as a judge on the U.S. Federal Court of Appeals for the Washington, D.C., Circuit, following her eight years of experience as a trial court judge in the U.S. District Court in Washington, D.C, many years of work in private practice, and 15 years as a public defender. Jackson graduated from Harvard Law School, where she served as an editor for the Harvard Law Review. She also clerked for three judges and was vice chair of the U.S. Sentencing Commission.