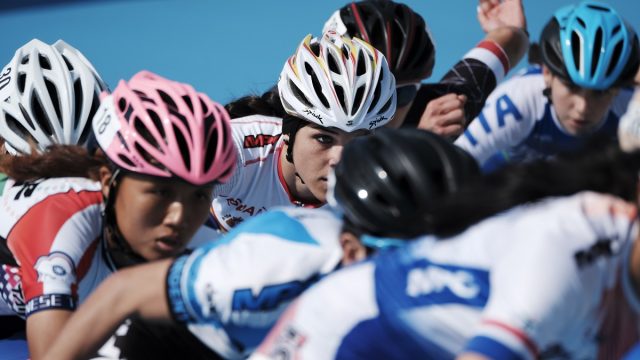 Authenticity is a word used a lot around the offices of The World Games 2022 (TWG 2022) in downtown Birmingham.

“We have always had a code around here with our team that we encourage and expect everyone to bring their authentic selves to our office every day,” said Nick Sellers, CEO of TWG 2022. “We are all shaped by different experiences, and—finally in Birmingham—we’re recognizing that our diversity gives us strength.”

Key to that team are three Black women: Kathy Boswell, who serves as vice president of community relations for the Games, leads the charge for recruiting volunteers for the Games, and is at the helm of several key programs; Pam Cook, director of multicultural marketing and community affairs for Coca-Cola UNITED’s Central Region, who serves as chief marketing officer for the Games; and Rashada LeRoy, who, along with her company LRY Media Group, is producing the opening and closing ceremonies and managing The World Games Plaza.

TWG 2022, which will draw elite athletes from more than 100 countries around the globe, will take place from July 7 through July 17, 2022, at various venues across the Birmingham metro area—including Protective Stadium, Legion Field, the Birmingham CrossPlex, and the Hoover Metropolitan Complex—and is expected to have an estimated $256 million in economic impact.

(On Monday, The World Games Birmingham Organizing Committee announced that it had banned Russian and Belarusan athletes from the competition).

Just as Sellers believes authenticity will help TWG 2022 be a success, Boswell believes it’s the key to individual success, too—the kind of success that leads one to being on the planning committee for the largest event to ever come to Birmingham.

“Never become something to fit,” she said. “Always know that who you are is enough. Walk in the full freedom of who you are.”

Sellers describes Boswell as “the heartbeat” of TWG 2022 team: “She has a way of being our emotional leader in so many different ways, and we lean on her for that,” he said.

Boswell has worked in several different industries, including shipping, telecommunications, health care, and education. At the center of each role, however, has been customer service.

“What I bring to the Games is my passion for people,” she said. “When you look at planning any event, there are two things that you will never be without—processes and people. … So often, the processes end up dominating because that’s where you find the operations and all the checklists, but the people piece is where you find the dynamics. You have to be willing to see people for who they are and meet them where they are.”

This is the attitude Boswell holds on to as she recruits volunteers for TWG 2022. She wants everyone to know that the volunteer program is open to all.

TWG 2022’s sustainability program, which Boswell leads, focuses on more than recycling, using compostable food containers, and obtaining products from local gardens. Birmingham Southern College and the University of Alabama at Birmingham, which are hosting the athlete villages, will prepare three meals each day for athletes—and all unused food will be donated to local community kitchens.

Boswell is also developing programs to support Birmingham’s homeless residents: “We must support that community during the Games and after,” she said.

Through the Live Healthy, Play Global program, Boswell and her team have partnered with Blue Cross Blue Shield to create a digital toolkit for teachers. And the World of Opportunity program seeks to give Black-owned, woman-owned, and other diverse, small, local businesses a chance to be a part of TWG 2022.

Boswell believes LeRoy is the perfect example of the big things small businesses can do. “To be able to see a Black-owned, woman-owned small business have this opportunity at this historic moment … [demonstrates] the capability of Black-owned businesses,” Boswell said of LeRoy, president and CEO of LRY Media Group.

LeRoy calls Boswell “our biggest cheerleader,” and has felt supported by Boswell from the beginning. When LeRoy first pitched her vision for the opening and closing ceremonies—which highlight Birmingham’s history and heritage—Boswell was in the room. “I was looking at her, and I didn’t know who she was, but I could feel the love,” LeRoy said. “I was super-nervous, but she was hugging my spirit, so I just kept going.”

Sellers said Cook understands the media landscape, “and she’s able to help us really get clarity on our message and on our vision and know how to strategically deliver on all of those different channels.”

Cook wants local churches to get involved, too. “Load up that church van and those church buses and bring all the kids in your congregation down to [The World Games Plaza] for a day,” Cook said. “What an experience they’ll have!”

Many companies and corporations have been buzzing about diversity and inclusion since 2020, but Cook has been walking the talk for years. She’s served in her current position at Coca-Cola UNITED since 2018 and has been with the company since 2015. She’s also had a long career in marketing and advertising, including stints with Cox Radio and Charter Media.

Boswell said of Cook, “She really brought a heightened understanding of what global marketing was about. Because of the depth and the breadth of the people she works with in her role at Coca-Cola, she has brought a perspective to the marketing strategy for the Games that has allowed us to move the Games forward in a way that we would not have been able to had she not come with that expertise.”

Cook’s job is to help The World Games live up to its name: ““This is The World Games, and the world doesn’t look one way. I am very intentional about making sure we are talking to various communities,” she said.

The World Games 2022 will take place from July 7 through July 17, 2022, at various venues across the Birmingham metro area. For more information, visit twg2022.com.