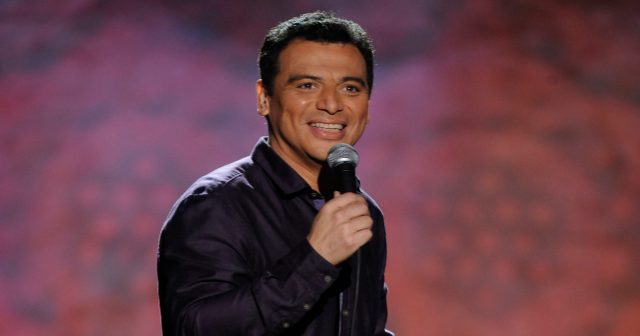 **SPRING FLING MARKET, 1-5 p.m. at Ross Bridge
**SATURDAYS IN THE GARDENS at Birmingham Botanical Gardens.
**WINE DOWN HAPPY HOUR, 4 p.m.- 9 p.m. at Saferoom Lounge Bar..
**MS. JOHNNIE AND THE JAMMERS Live After Five, 7-10 p.m. at Bistro on 19th located at 109 19th St. N., Bessemer. EVERY 2nd and 4th SATURDAY!!
**SOLD OUT SATURDAYS at the Blu Onyx Every Saturday.
**CIROC SATURDAYS at Blu Onyx.
**TEMPLE MONARC with AMACIO FAVOR + BUGWHORE at The Nick.

**EVERY MONDAY is MONSLAYYY – THE CARIBBEAN WAY, 8 p.m. at the Vault with TRINI and BRENT TRINI-FRESH PIERRE. FREE.
**BIRMINGHAM BANDSTAND (Open Mic) at The Nick.

**READ THE BIRMINGHAM TIMES. Catch up on the news!
**THURSDAY NIGHT WORKOUTS with Live Females at the Blu Onyx.
**THE GAMBLE + THE SINGLES at The Nick.


NEWS TO USE AND PEOPLE IN THE NEWS…

…RIGHT AROUND THE CORNER…JUNE IS NATIONAL SOUL FOOD MONTH….right around the corner… Here is a little for getting you started looking for food recipes and articles on food and plenty of good food…..

**CHARLA DRAPER FOOD EXPERT, WRITER, PUBLICIST AND FOOD EDITOR – Charla Draper, Chicago native, former Food Editor at Southern Living and Ebony shared food, recipes and more in the EBONY TEST KITCHEN. She has worked with and assisted with explaining ‘How Black Culture helped define American Cuisine’ on YouTube and many locations around the country. Having written many articles about food and its health benefits, she has earned the nickname ‘Nutrition Pro’. A few of her articles include: Dishin’ On Soul Food With A Nutrition Pro, Foods You Never Eat Raw, It’s Gumbo Season, Men Take Charge–It’s About Your Health, Memorial Day Eats For A Healthier You, Big Flavor From the Pantry, Soups For Spring, Make A Thanksgiving Plan To Be Healthy And Holidays, Eat Beets To Boost Health and Exercise And Self- Care. One article that stands out is about our First Lady Jill Biden’s recipe. The article is titled “Grace The Table with Jill’s Parmesan Chicken’. It shares the First Lady’s take on pasta and salad and she is quoted saying, “Food is love and I serve this family favorite with rigatoni pasta and tossed salad.’ Draper’s articles can be seen in The Miami Times, Black Doctor, Cuisine Noir, Midwesterner, Southern Living, Ebony and chowchowandsoul.com to name a few. Charla is president and owner of ‘It’s Food Biz’ as a consultant providing marketing services for food and food-related products, helping clients achieve their business goals. As an accomplished professional with diversified experience in marketing and editorial communications focused on food, she is a highly successful national, product publicist and test kitchen professional. She has been able to create editorial synergy – words and imagery supporting brand objectives and effectively reaching target consumers. As former Food Editor, Ebony magazine initiated and executed rebranding of food editorial which resulted in 50 percent increase in food advertising within year one. She holds dual degrees; Masters Degree, Marketing Communications; Bachelors Degree, Home Economics with minor in Marketing.

**CARIBBEAN AMERICAN CARNIVAL 2022 – The CENTRAL ALABAMA CARIBBEAN AMERICAN ORGANIZATION (CACAO) Annual Caribbean Festival will resume June 11, at DeBardeleben Park in Bessemer, Alabama. There will be Caribbean food all over the place. The theme for 2022 is THE RISE OF THE PHOENIX. Approximately 5,000 people attended the last festival in 2019 where they enjoyed live interactive performances featuring live Reggae and Steel Band performances, as well as flavorful Caribbean food, vendors and a colorful costume parade, all in a family friendly setting. To date it has attracted attendees from the adjoining states of Georgia, Florida and Tennessee and is featured in the Alabama Tourism directory. Central Alabama Caribbean American Organization (CACAO) is a 501c3 nonprofit with the overall goal of sharing Caribbean culture through educational and other offerings, as well as being a resource to students from the Caribbean who travel to the area to attend school. Students from The University of Alabama in Birmingham and Tuscaloosa, Tuskegee, Jeff state and Auburn have already benefited from the scholarship program.

**BIRMINGHAM’S MULTI-TALENTED MARCELLE LEBLANC – A multitalented actor Marcelle LeBlanc is quickly making her mark in Hollywood with roles as ‘Stacy’ in Netflix’s “Cobra Kai,” LeBlanc appeared in “Fear Street Part Two: 1978” on Netflix, Disney+’s “Just Beyond” and in Hulu’s “PEN15,” her first voice-over role. She starred as Mary Ellen in the movie “The Waltons: The Homecoming,” a remake of the 1971 film that led to TV’s beloved “Waltons” series. Born in New Orleans and raised in Birmingham (her mother, Amanda, runs The Amandas full-service professional organizing firm; her father, Daniel, is a veterinarian at Riverview Animal Hospital)

**CONGRESSWOMAN TERRI SEWELL HOSTS ART COMPETITION – U.S. Rep. Terri Sewell (AL-07) 2022 Congressional Art Competition is open to high school students at public, private schools and home schooled students throughout the district. Students must fill out and submit a Student Information and Release Form with their artwork by Friday, April 22 to their local school superintendent’s office or call (334) 262-1919 for pick up. Students may also deliver their art to any of the district offices located in Birmingham, Montgomery, Selma or Tuscaloosa. Artwork entered into the contest may be up to 26” high X 26” wide X 4” deep, including the frame.

**CHILDREN’S SPRINGTIME GARDEN KIT…Celebrate the bounty of the springtime garden by crafting with botanicals and your budding gardener needs to craft a pressed flower suncatcher, botanical bookmark, and handmade card. Order through Friday, April 29, for pickup May 4–6 at the Library at the Gardens. For more info, visit www.bbgardens.org/spring.

FOR LOVERS OF ART, FILMS…

**BLACK CHERRY TREE PROJECT- The public is invited to attend the opening reception on Saturday, 6 – 9 p.m. at Gallery Vox (1623 Pinson St, Birmingham, AL 35217) which also marks the 59th anniversary of Dr. Martin Luther King Jr.’s Letter from Birmingham Jail. Artworks will be on display until April 30th 2022 by appointment only. As part of The Black Cherry Tree Project, 33 black cherry tree saplings will also be planted across the Birmingham area to honor each victim. The project hopes to use art and community dialogue to educate and create a legacy for victims of racial terror outside the tragic nature of their deaths. The Black Cherry Tree Project opens the first of its public exhibitions since its inception in 2020. This community art project works to commemorate the 33 documented lynching victims of Jefferson County, Ala. by working alongside local artists to create commemorative works in honor of each respective victim.


AT SPACE ONE ELEVEN…

**PAINTING THE FIGURE WITH DAVID BAIRD – SPACE ONE ELEVEN is enrolling participants in the Painting the Figure class on Tuesdays, May 3- May 24, 6 – 8 p.m. The focus of this class will be developing paintings in oil from a live model, with an emphasis on color mixing. Baird began his training at the Ryder Studio School in Santa Fe, New Mexico. He went on to attend classes at Studio Escalier (Argenton Chateau/Paris, France), and The Jerusalem Studio School (Jerusalem, Israel), as well as benefitting from extensive exposure to some of Europe’s greatest museums and works of art. For more, info@spaceoneeleven.org.

**SPOKEN WORD POETRY SALON WITH DALAAM GREEN – SPACE ONE ELEVEN is hosting its Seriously, Unserious Spoken Word Poetry Salon on Sundays, May 1 – May 29, 1 – 3 p.m. There is a community gathering on Sunday June 5, 5-7 p.m. ALL are welcome. Spoken word tells a story using rhythm, repetition, improvisation, and wordplay. It also can focus on issues of social change. There will be a spoken word gathering following the five-week class highlighting the healing power of our work and words. Green is a certified practitioner and trainer for the Kellogg Foundation’s Truth Racial Healing & Transformation process, a former Reimagining Justice and Women’s Policy Fellow, and a Community Village awardee for gender justice work in the south. Salaam Green is an award winning Poet, Writer, Master Healer, creator of What Black Women Want You to Know, and founder of Literary Healing Arts, LLC, where she supports individuals and organizations in using writing, poetry, and storytelling to reclaim their voices and transform their lives. For more, info@spaceoneeleven.org.


FOR FOOD LOVERS AND MORE…

**SATURDAY DAYHIKE, Meet 8:45 a.m. with Southeastern Outings Dayhike at Chief Ladiga Trail, Piedmont, Alabama – DETAILS: This is an easy 3.6-mile dayhike and picnic on the Chief Ladiga Trail east of Piedmont, Alabama. Walk on Alabama’s first extended rails-to-trails conversion route on an old railroad right of way. This smooth trail is wide, level and even paved! This newly-paved part goes through mostly wooded terrain.Well-behaved, carefully supervised children age 8 and up able to walk four miles without complaining are welcome on this walk.Bring a picnic lunch and drink. You will be able to see Dugger Mountain. There will be an optional restaurant dinner after the hike. Bring your soap and towel and/or change of clothes with you. Meet 8:45 a.m. at the Applebee’s Restaurant in Trussville. Depart at 9 a.m. or meet 10:20 a.m. at the Eubanks Welcome Center on the Chief Ladiga Trail in Piedmont. Trip Leader and Info: Sean Boogaard, 256/365-6321.

**SATURDAY, Meet 8:45 a.m. with Southeastern Outings 11-Mile Bicycle Ride at Chief Ladiga Trail, Piedmont, Alabama – DETAILS: This is a 10.6 mile bicycle ride on the Chief Ladiga Trail in the Piedmont, Alabama area. Ride on Alabama’s first extended rails-to-trails conversion route on an old railroad right of way. The trail is smooth, 8-10 feet wide and even paved.. The trail is suitable for road bikes plus mountain, hybrid and urban bicycles. Ride through towns, fields and picturesque woodlands. No motorized vehicles are allowed on your trail! Bicycle helmets are required and must be worn. Bring a picnic lunch and drink. The pace of this bicycle ride will be leisurely. There will be stops along the way to enjoy the scenery and views from the four bridges over the creeks. Make sure that you can ride comfortably and that you are able to ride at an average speed of 8-12 miles per hour on level terrain. There will be an optional restaurant dinner after the bicycle ride. You can wash up and change clothes in the Eubanks Welcome Center restrooms after the bicycle ride.  Bring your soap and towel and/or change of clothes with you. Meet 8:45 a.m. at the Applebee’s Restaurant in Trussville. Depart from there at 9 a.m. or meet 10:20 a.m. at the Eubanks Welcome Center on the Chief Ladiga Trail in Piedmont. Reservations Required: If you want to come on this bicycle ride, please make a reservation with Dan Frederick, email seoutings@bellsouth.netor phone 205-631-4680. Information and Ride Leaders: Dan Frederick, 205/631-4680, email seoutings@bellsouth.netand Wimberly Scarbrough, 571-235-5899, email scarbrowl@hotmail.com.

AT TALLADEGA SUPERSPEEDWAY… KLĒNSKIN will serve as the official sponsor of KLĒNSKIN Pole Qualifying on Saturday, 10 a.m., April 23, to determine the starting lineup for the GEICO 500 NASCAR Cup Series race Sunday, April 24. Every driver will take one timed lap around the 2.66-mile tri-oval. The top 10 will transfer to the final round for one timed lap determining the pole winner and starting grid for Sunday’s GEICO 500 (2 p.m. CDT start). The Ag-Pro 300 follows the General Tire 200 ARCA Menards Series race at 12 Noon CDT, for the NASCAR Xfinity Series at 3 p.m. CDT. Saturday’s activities continue with the traditional Saturday Night Infield Concert taking place at the intersection of Eastaboga and Talladega Blvd(s) featuring country music artist and Alabama native RILEY GREEN. Call 1-877-Go2-DEGA or visit www.talladegasuperspeedway.com for more.

**RACING FOR CHILDREN’S IS CHARITY PARTNER OF HONDA INDY GRAND PRIX OF ALABAMA – Racing for Children’s returns as the official charity partner of the Honda Indy Grand Prix of Alabama. The race provides a platform for Racing for Children’s to tell their stories to the community throughout the weekend on April 29 – May 1. Racing for Children’s raises funds and awareness for the Alabama Center for Childhood Cancer and Blood Disorders at Children’s, which treats more than 90 percent of Alabama children diagnosed with cancer or blood disorders.