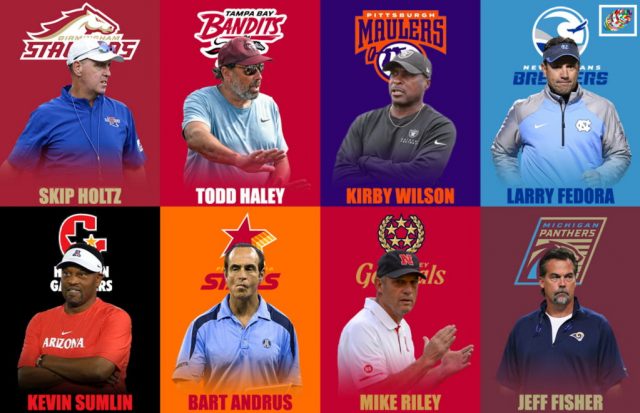 The first game of the reborn United States Football League is 6:30 p.m. on today, April 16, pitting the Birmingham Stallions against the New Jersey Generals at Protective Stadium on FOX and NBC. Here’s everything you need to know about the new USFL:

Here’s everything you need to know about the new USFL:

How many teams will be in the league? How will the league be formatted?

There will be eight teams in the new USFL, split into two divisions: North and South. Each team will play a 10-game schedule, with teams in the same division playing each other twice and teams in the other division once.

The top two teams in each division will play against each other in the semifinals followed a week later by the championship game.

What are the teams?

In the North, the USFL will have the Michigan Panthers, New Jersey Generals, Philadelphia Stars and Pittsburgh Maulers.

The eight-team league held a player selection draft beginning Feb. 22-23, and training camps opened March 21. Each USFL team will carry a 38-man active roster, plus a seven-man practice squad, and players will receive base compensation and be eligible for victory bonuses.

How do the rosters look at this point?

Over the past few weeks, all eight USFL teams participated in the inaugural USFL Draft, followed by the supplemental rounds to help fill out each team’s roster.

When will the season begin?

The 2022 USFL regular season begins April 16 and run through mid-June, followed by the playoffs.

The first game will feature the Generals against the Stallions and will kick off at 7:30 p.m. ET on Saturday, April 16. That game will air on both FOX and NBC, making it the first scheduled sporting event to air on competing broadcast networks since Super Bowl I in 1967, which was shown on both CBS and NBC.

“The first game played in any new league is itself historical, and having the USFL’s inaugural game simulcast by NBC and FOX makes it even more so,” said FOX Sports CEO and Executive Producer Eric Shanks. “It’s rare when two competitors can come together and see how cooperation can lead to long-term benefit.”

Tickets for the inaugural game are on sale now at Ticketmaster.com. Tickets are $10 for adults and free for kids under the age of 15. Details about tickets for other games will be announced shortly.

The USFL unveiled all eight teams’ uniforms earlier this year, making the innovative choice to reveal the jerseys and helmets on social media.

Where will regular-season games be played?

In the inaugural season of the USFL, all eight teams will play in Birmingham Alabama, at both Protective Stadium and Legion Field.

“Birmingham is one of America’s most dynamic and welcoming cities with world-class facilities highlighted by the state-of-the-art Protective Stadium, now home to the USFL,” said Edward Hartman, USFL Executive Vice President, Business Operations. “Located downtown, it’s within walking distance to the hotels where players will reside and many other amenities. We can’t wait to make football magic in The Magic City on April 16, when the hometown Stallions take on the Generals to kick off the inaugural USFL season.”

Are there any rule changes?

While USFL games will be played under traditional football rules, there are several innovations meant to make the game more fun and entertaining for fans while also being mindful of player safety — from being able to go for a 3-point conversion after a touchdown to modifications to kickoffs and pass interference.

Click here to see all of the rules changes.

Where will postseason games be played?

USFL playoff games will be played in Canton, Ohio, at Tom Benson Hall of Fame Stadium, a 20,000-seat facility adjacent to the Pro Football Hall of Fame.

The semifinal contests will be held Saturday, June 25, featuring the top two teams in each division. The USFL Championship Game will be played Sunday, July 3.

“We’re excited to play our first playoffs and championship game at Tom Benson Hall of Fame Stadium,” said Edward Hartman, USFL Executive Vice President, Business Operations. “It’s a beautiful stadium with all the facilities necessary to host football at the highest level, and we look forward to crowning our first champion in the shadow of the Pro Football Hall of Fame.”

Who are the USFL head coaches?

The son of legendary coach Lou Holtz, Skip Holtz has 22 years of experience as a college head coach and a coaching resume dating back to 1987. As an FBS head coach, he guided his schools to 12 bowl appearances in 16 seasons, posted 11 wins over Power 5 programs, and notched eight conference or divisional championships. He has been head coach at Connecticut, East Carolina, South Florida and Louisiana Tech.

Wilson is a head football coach for the first time in his 36-year coaching career. He comes to the USFL with 24 seasons of experience as a running backs coach in the NFL with eight different franchises. He has also worked as an assistant at several colleges, including Wyoming, USC and Iowa State. Wilson played at Illinois after transferring from Pasadena City College. He also played two seasons in the Canadian Football League as a defensive back and kick returner for the Winnipeg Blue Bombers and Toronto Argonauts between 1983 and 1984.

He has been head coach at Connecticut, East Carolina, South Florida and Louisiana Tech. As an FBS head coach, he guided his schools to 12 bowl appearances in 16 seasons, posted 11 wins over Power 5 programs and notched eight conference or divisional championships.

Wilson played at Illinois after transferring from Pasadena City College. He also played two seasons in the Canadian Football League as a defensive back and kick returner for the Winnipeg Blue Bombers and Toronto Argonauts between 1983 and 1984.

“A new league like the USFL provides opportunities for coaches as well as players, and I’m very excited to have this opportunity to be a head coach at the professional level,” Sumlin said. “I love coaching football players. It’s in my blood, and there are many, many athletes who are hungry to play high-quality football. I can’t wait to build my team and work with them this spring.”

“I’m excited personally to coach people at this level because I find them to be very hungry,” Riley said. “Almost all of them had really successful high school careers and college careers, and they get into a league like this because they love to play, and they want to get better. That combination right there is one idea in general that just makes it really fun to coach.”

Haley spent 22 seasons in the professional ranks, including three as the Kansas City Chiefs’ head coach, and served as offensive coordinator for the Arizona Cardinals (2007-08), Pittsburgh Steelers (2012-17) and Cleveland Browns (2018).

“This is a tremendous opportunity for me to get back into coaching at the professional level,” Haley said. “It’s been a while since I led a team on-field, and I’ve missed it. It’s also rare that a head coach, as it was once put, gets to pick all the groceries and fix the meal. This is going to be a lot of fun, and I expect the fans to enjoy the competition.”

Andrus’ experience as a head football coach includes time with NFL Europe’s Amsterdam Admirals (2001-07), the CFL’s Toronto Argonauts (2009) and the Omaha Nighthawks of the United Football League (2012). He served as an offensive assistant for the Tennessee Titans (1997-98, 2008) and quarterbacks coach in 1999 before returning to the NFL in 2013 to be an offensive assistant with the St. Louis Rams.

“I’m really looking forward to getting back on the sidelines and coaching a team that I have a hand at creating from scratch,” Andrus said. “There are terrific people who I have a lot of respect for working to develop the USFL, and I expect the quality of football we present to be first-rate. I can’t wait to get started.”

Who will oversee the new USFL?

Brian Woods, the founder and CEO of The Spring League from 2017 to 2021 and a co-founder of the new USFL, will serve as the league’s President of Football Operations.

“We are extremely fortunate to have this extraordinary team of experienced executives to guide the new USFL’s development as we move toward launch this spring,” Shanks said.

What about the officials?

In March, the USFL announced the league will employ 35 officials, 32 of whom are members of the NFL’s Officiating Development Program that provides opportunities for college-level officials who are ready to advance to professional football.

The USFL will have five crews of seven officials (referee, umpire, down judge, line judge, field judge, side judge, back judge), with two crews each working two games on any given weekend. Strong backgrounds in College Football are represented as 33 of the 35 USFL officials have worked in Power Five Conferences (ACC, Big Ten, Big 12, PAC-12, and SEC). The all-inclusive USFL officials’ roster is also noteworthy, including 16 people of color and four women.

“The USFL will have the best officials not currently in the NFL,” said Mike Pereira, USFL Head of Officiating. “Our association with the NFL Officiating Department clearly serves the USFL by supplying officials who are ready to call games at the highest level, and it also benefits the NFL by providing professional game experience for those who are just a step away from working Sundays in the fall. In fact, I expect several officials calling USFL games this spring to officiate in the NFL later this year.”

What is the USFL’s partnership with Strategic Education?

The USFL is partnering with Strategic Education, Inc., a leader in online education, to offer its players and league staff a tuition-free, debt-free college degree program.

Staff and players will be able to undertake tuition-free coursework online through Capella University or online and in-person at Strayer University, giving them the flexibility to pursue associate, bachelor’s or master’s degrees in business, healthcare, IT and education, among others. 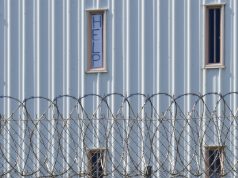