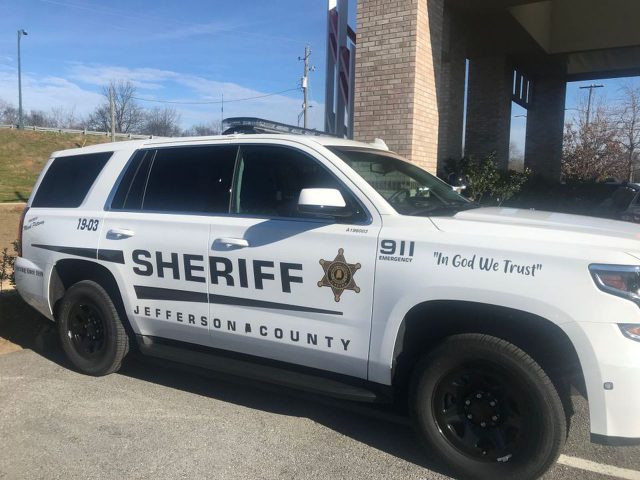 Mark Pettway made history when he was elected Jefferson County’s first Black sheriff four years ago but said he didn’t rest on his laurels. Since his election in 2018, Pettway said he and the sheriff’s office have “thought outside the box,” having named the first female chief, in addition to bringing in new equipment and facilities.

Pettway won his election in 2018 as the challenger defeating the Republican Mike Hale, who had served in the position for 17 years. This time around Pettway is the one facing challengers in the May 24 Democratic primary: Birmingham Police Department (BPD) Sergeant Kareem Easley, Alabama State Trooper and former U.S. Army First Sergeant Wilson Hale, who also pushed Pettway into a runoff for the Democratic primary in 2018, and a former sheriff’s office deputy of 30 years, Felicia Rucker-Sumerlin.

Pettway said he plans to run on his record.

The county’s new command centers and training facility are also examples of his novel approach, he said. At the new training center in Fultondale, deputies receive training on initiatives new to Jefferson County, including implicit bias, de-escalation and mental health crisis training, as well as training through simulation for things like driving encounters, Pettway said.

His opponents are challenging the sheriff over a number of issues including the way the office is being managed but he says they are “lies.”

“The truth matters,” he said. “Tell the truth…that will make you a credible candidate, a credible leader, not going out there trying to do things just because of politics.”

In interviews with the Birmingham Times each candidate outlined their priorities and plans for the office. Easley, who was previously responsible for hiring at the Birmingham Police Department, said recruiting is his number one priority, if elected. The Jefferson County Sheriff’s Office needs to be “more attractive,” and pay is only one part of that, he said.

“When people say, ‘Well, police officers don’t get paid enough,’ what’s the price for someone taking your life? I don’t think that there’s a price on that, so the best thing to do is to just make [the job] more attractive,” he said.

Fully staffing the patrol division is crucial for police departments, he said. “Patrol is the backbone of [any] police department. You can do without any other division, but you cannot do without patrol because when you dial 911, you’re expecting an officer or deputy to show up,” he said.

Specialized divisions which perform investigative work are also incredibly important for police departments, but “if you don’t have the people to do it, it just can’t be done,” he said.

Losses are expected with any change in administration but that people “never stopped leaving,” she said.

“The first year, 196 deputies left, whether they retired, resigned or were terminated. We’ve never had that happen [in my 31 years with the department], and every week, deputies are leaving the sheriff’s office. We cannot keep our community safe if we don’t have the people to do it,” Rucker-Sumerlin said.

Hale said he would also like to stem the mass exodus of deputies. “We have to find the wound, stop the bleeding and get those officers back that actually want to come back and finish their career as deputies, the ones that say that they just could not work under [Pettway’s] administration,” he said.

Pettway said the department is “hiring just as many people that are leaving” and that there were only about 31 vacancies for deputies.

“There are a lot of people that want to come and work for me as Jefferson County Sheriff…We have people transfer over to the sheriff’s office all the time,” Pettway said. “We’re hiring every day, so we’re not short of personnel.”

Last year, 216 homicides occurred in Jefferson County, and so far nearly 50 through early May, 2022, according to the Jefferson County Coroner/Medical Examiner’s Office. Reducing gun violence has become a campaign issue like it has in many communities nationwide.

Hale said he wouldn’t reveal the entirety of his plan to curb gun violence to avoid squashin “the element of surprise.”

However, Hale said he would work to address gun violence from multiple angles, including violence interrupter initiatives, conflict resolution programs for young people and anti-gun violence and anti-opioid task forces in the department.

Instilling a “neighborhood watch approach,” something Easley grew up with, throughout the city would likely help solve some of the violence problems in Jefferson County, he said.

“I can’t police your block like you can. I cannot be with you 24 hours, seven days a week. If something’s not right on your block, call the police,” he added.

Rucker-Sumerlin pointed to the importance of preventing violent crimes by engaging young people throughout the county. During summer break and other times of year children are out of school, those kids need something to do, Rucker-Sumerlin said.

She also wants to improve the county’s programs for assistance of homicide victims’ family. In 2013, her 30-year-old son Kennis was shot and killed in Docena, Alabama, about a year after he had left the U.S. Army. Rucker-Sumerlin said her experiences following her son’s murder gave her the desire to create a program which aims to emotionally help the families of homicide victims.

“When a family loses a loved one, the first thing I want our chaplain program to do is reach out to that family, and not just by phone, but show up at their house and kind of walk them through the emotional side,” she said.

If re-elected, Pettway said he wants to increase police presence in high-crime areas, including areas of Birmingham, as well as to continue working with community to increase anti-crime public education efforts.

“We work with faith-based organizations and leadership in those [high crime] communities, to see what we can do to bring mentorships within those communities, to help those individuals have mentors, so they can learn about conflict resolution and have other means of solving conflict other than violence,” Pettway said.

Since his election, Pettway has started multiple crime prevention programs, such as Renewed for Re-Entry and Jobs not Jail, which provides numerous free in-person services to Jefferson County residents, including interview skills, access to employers, bus vouchers and addiction recovery services, among other things.

“Since I’ve been sheriff, we’ve gone beyond just policing our community,” Pettway said. “We’ve protected and made friends with residents and businesses. When needed, we put the bad guys in jail, but worked at rehabilitation.”

Hale also said he has an apprenticeship program for former offenders that he would like to put in place if elected.

“I have spoken with four companies that are in the Birmingham area, and they are willing to work and exercise with those offenders because…it’s hard for someone to trust an offender because they don’t know where it’s going to take them,” Hale said.

Rucker-Sumerlin said her experience with the sheriff’s department puts her well above any other candidates running for the position.

“I’m the most qualified candidate for the job. No other candidates, whether it’s Democrat or Republican, resume can touch mine, which is a good thing for me. I’m dedicated to serving the citizens of Jefferson County. I’ve always done it,” Rucker-Sumerlin said.

Easley, 42, is the youngest candidate in the race and cited his age as an antidote to the “antiquated” techniques of the Jefferson County Sheriff’s Office, which he said has not kept up with the times.

“I’m always engaging with the citizens of Birmingham, with a special emphasis put on the youth. Me being the youngest candidate, I am relatable to the youth. The youth feel like they have an avenue with me, a door. They see me out there. They know that I understand where they’re coming from,” Easley said. 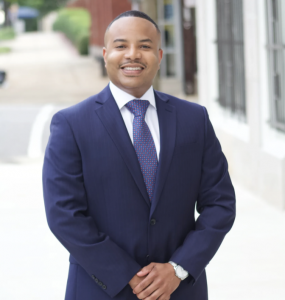 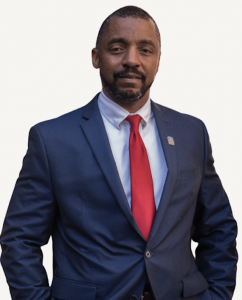 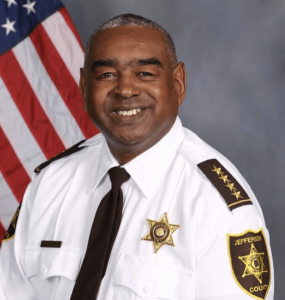 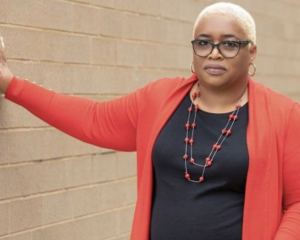