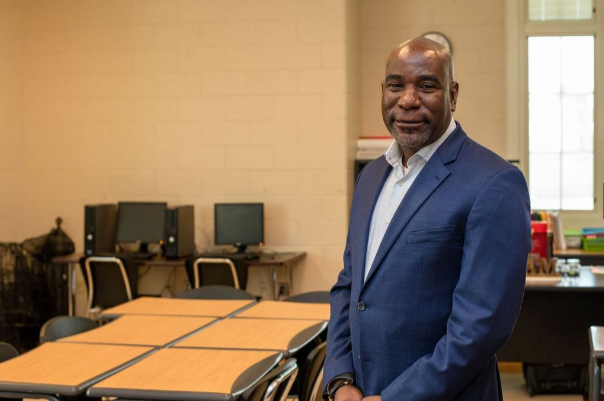 Saying gun violence has taken almost as many lives from Birmingham City Schools as the COVID-19 pandemic, Superintendent Mark Sullivan on Thursday declared the loss of student lives a “pandemic.”

“[BCS has] lost eight employees to COVID-19. Since January—just a few months ago—we’ve lost seven students to gun violence,” Sullivan said as city leaders spoke at two city high schools about the gravity of the violence and what students can do to help stem the killings.

“Seven [students] killed including a student here at Carver High School,” Sullivan said. “This is an epidemic. This is a problem.”

Sullivan also emphasized that the leaders wanted to hear concerns from students and pointed to his Student Advisory Council, members of which were present for the speakers’ remarks.

“We’re here not to tell you [what to do] because you know when I was little, teachers used to just tell you what to do…but that really is not effective. We’re here to listen to you. You have voice,” said Sullivan, before media was asked to leave and not allowed in for that part of the program.

Woodfin told the story of the “two wolves.” In the story, a Cherokee man tells his grandson that within everybody, there are two wolves fighting. One wolf represents bad things like jealousy, anger, greed and arrogance, and one represents good such as forgiveness, humility and generosity.

The grandson asks his grandfather which wolf wins and is told it is “whichever one he feeds.”

Woodfin encouraged students to feed the good inside themselves.

Mack encouraged students to think about their actions during conflict.

“You want to make sure that you realize one, it’s okay to walk away, and you can’t forget the outcome, so if you choose to engage in something, you don’t necessarily know what that outcome is going to be, so just keep that in mind,” Mack said.

She also pointed students toward Birmingham’s annual Kids & Jobs program, which is a collaboration between the city and WBRC FOX 6, that gives students information experience about work.

Brown said the Crisis Center’s UTalk Youth hotline was open if students wanted to talk with someone their own age. The number for the hotline is (205) 328-5465. For more information visit https://www.crisiscenterbham.org.

For more on the center visit https://www.facebook.com/Crescentculturalcenter/.