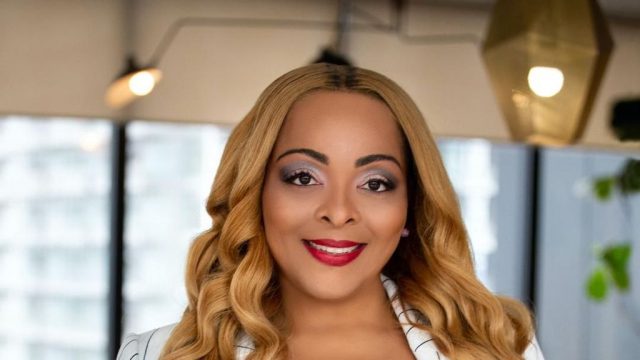 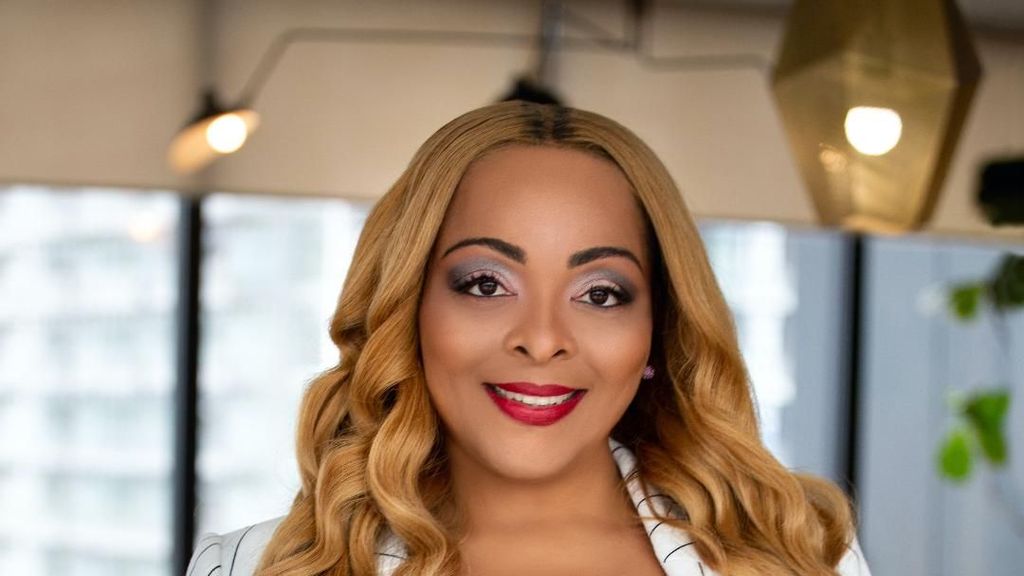 But the majority of hard work is done behind the scenes. Just ask Queenie Donaldson. She worked at prestigious networks and celebrity events for the last 20+ years. Those networks include BET, TV-One, VH-1, Showtime, A&E, We TV, Viceland and Telepictures. She even coordinated the famous 45th birthday party for Michael Jackson, the “King of Pop.”

Transitioning into a more entrepreneurial role, Donaldson started Queens Entertainment Group, which is currently hosting a brunch to help invent and reinvent the careers of those in the entertainment industry. The effort is called “A Seat @ The Table.”

After working with Jamie Foxx, Shaquille O’Neal, Kevin Hart and other stars, Donaldson is taking her decorated Rolodex and advice from mentors and stepping forward to help others accomplish their dreams.

Donaldson shared her vision with Zenger.

Zenger: Some celebrities can be temperamental and standoffish. How did you form a bond with so many and maintain it?

Donaldson: That’s a good question. Just treat them like an everyday person, because we’re all human beings. You treat everyone with respect. Treat people the way you want to be treated. That’s probably what has sustained me over the years, being an executive at BET Network and other networks and award circuits. The industry seems big, but it’s super-small. When you treat people with kindness and have a great work ethic, that sustains relationships with celebrities and their reps.

Zenger: We all want that one opportunity, but getting the opportunity is only half the battle. Capitalizing on it is what you were able to do. What advice would you give?

Donaldson: It definitely wasn’t easy. I’m coming up on 22 years in the industry, and Yolanda Starks White and Sheila Frazier were my bosses at BET Network. They hired me in the talent department and taught me everything. Yolanda Starks and I still have a very tight relationship. Getting mentors is extremely important. And making sure that you do your part as well.

No one is going to give you anything. You have to do the work. Early on, when I was getting ready to start my business, I was given all the tools and resources, but I was afraid to use them. I didn’t know how to utilize them. It took a minute for me to get the confidence to take it to the next level. That was a blessing. People don’t always give you resources and guidance, and sometimes, you don’t know how to utilize them. So, I finally got the courage and confidence and reassurance from my mentors, and I just went for it. I’m blessed to be here now. Now, I’m giving back some of the same things that were provided to me years ago.

Zenger: What you’re doing with Queens Entertainment Group, is it much different from your TV executive days, or does it all somehow tie-in?

Donaldson: When I was an executive, my job was to secure all the high-profile celebrities for all the network shows and award-show circuits. I worked with some great producers, executive producers for many networks. I still work in that same capacity, but in a consulting capacity.

Now, I can pick and choose who I work with, what projects I work on, and it also allows me to work globally. And in industries outside the entertainment industry, like the tech world and the sports world. Everything somehow always revolves around entertainment and the philanthropy part.

I will be coming to New Orleans for the last leg of my speaking series called “A Seat @ The Table.” It’s an entertainment empowerment brunch series. I’m helping individuals, entrepreneurs, creators, entertainment professionals, not just people who want to be in it. There are people who are in it and need to reinvent themselves; they just need new resources and guidance. I’m teaching them how to navigate the industry through, “A Seat @ The Table.”

Zenger: There is an abundance of talented entertainers who are searching for work, or their phone isn’t as busy as it once was with jobs. This brunch sounds like it could help those individuals.

Donaldson: Absolutely! It doesn’t matter if you want to be in front of the camera or behind the camera. I just got back from Chicago, which was my seventh city, and what I’ve been finding is, people don’t have the right information, or they don’t have any information. They feel like because they’re not in Los Angeles, they can’t be successful, and that’s just not true.

With technology and virtual, instead of moving to LA with no connections, I’m actually providing them, not only one-on-one coaching at these brunches, but they’re leaving with a step-by-step guide, so they can take the resources that I give them and execute. Whatever part of the industry, I have the resources and tools. This is all 20+ years of networking and building my relationships. I’m doing this to give back and make sure everyone has the right information. That’s the key for me, the right information.

Zenger: Was it scary for you to jump out of your comfort zone and step from behind the scenes and lead your own company?

Donaldson: Absolutely! I loved being behind the scenes. I felt comfortable there. But in order for me to serve and be able to be of service and make sure people have the right tools and information, I had to get in front. I’m getting comfortable now because I’m getting practice through this speaking series. I love seeing people inspired. One of the attendees in Seattle said: “Wow, I feel confident. I can go start my consulting business.” At first, she was afraid, but she attended the event and heard my story &mldr; because I’m very transparent. I let people know it doesn’t matter what you look like, where you came from, or how old you are.

Sometimes, we get stuck in our own heads, and we think we can’t do things because we’re getting older, or it’s just not going to happen. Every day we wake up, you can do whatever you want to do. At “A Seat @ The Table,” we provide you with what you need to make it happen. We are making sure everyone is inspired, encouraged, and yes, you can do it. It’s going to take work. You have to do the work. That doesn’t go away, but here’s what you have to do. That has been impactful.

Zenger: You’re known as an “Infopreneur.” What does that mean?

Donaldson: My business coach called me that because all through my career, I was like Oprah Winfrey. Everyone called Queenie for whatever it is that you need: a job, intern, a contact, how to get into this event. I have always been resourceful. It just happened so naturally and organically. When we were building my profile, she was like, “You are like an infopreneur.” We just went with that.

I’m full of information and to me, when you have that, you don’t keep it to yourself. You share your knowledge and your resources. In the beginning, when my mentors were teaching me all this stuff, I wanted to just sit in the talent department and just book talent. They said: “No, you need to learn every part of the industry.”

It’s so natural to me, I’m always looking to learn, even 22 years in. I’m not stopping. I don’t think I know everything. I’m teaching what I know. I want to grow and learn more and make sure I’m doing my part. That’s how I want to be remembered in the industry. I want people to be able to say that I helped them. That’s more fulfilling than the celebrities that I booked. We are so much better when we collaborate, help each other, and see people win.

A lot of times in Hollywood, people can be selfish, and it can be about them, even with social media. Everybody is a star and important, but no &mldr; if you’re not using your platform to do something positive, you’re irrelevant. I don’t care how many followers you have. If you’re tearing people down, that’s not success. “A Seat @ The Table” is for everyone of all ages, but what I’m really trying to teach the young folks is, everything on social media is not real.

You have to learn to communicate, you have to get off the phone and actually have conversations, and work on your personality and attitude. I give it to them real. Even the seasoned ones who don’t embrace young people, we have to be an example. It goes both ways. It’s not about attacking the young people. Everyone should be learning and growing.

Zenger: Is there a moment that sticks out more than others in your illustrious career?

Donaldson: There’s actually two moments. The first one is doing Michael Jackson’s 45th birthday party in five days (laughing). That was crazy. It was in 2003. I was working on a show with Jimmy Iovine and Paul Rosenberg, Eminem’s manager, and Randy Sosin, one of the executives at Interscope. I got a call from a mutual friend, and he said: “We need you to do Michael’s birthday.” And I was like, “Oh, OK.” He said, “No, in 5 days.” I’m booking talent for nine shows in the midst of production, and I pulled it off.

It was a miracle, but of course, it’s Michael Jackson, so it wasn’t as hard. For me to be able to do that and pull in a phenomenal team, we just made it happen. That was a beautiful moment. Also, being a part of the talent team that was able to bring together one of the most iconic BET Awards when James Brown performed, and we surprised everyone with Michael Jackson. That was one of my highlight moments, being part of the talent team to make that happen. There are many moments, but those two were amazing.

Zenger: How do you feel about TV show reboots?

Donaldson: I personally don’t care for them. It’s not shade to anyone. I just like classic. I like to pull out my VHS or DVD from time to time and just keep it old school. I just think, everyone is a creative, let’s create. Let’s get some new stuff going on. I just don’t think everything needs a reboot. Even with, “The Fresh Prince” &mldr; the story lines are just weird. It’s just different. I rather watch my 1990s’ classics and leave the reboots to whoever is watching them.

Zenger: What are the short-term goals for Queens Entertainment Group?

Donaldson: I’m actually working on that, that’s a 5 to 10-year retirement. I’m actually producing a new project with my boss/mentor Yolanda [Starks] that we are going to be launching in the next two to three years, and hopefully that will be my retirement project with Queens Entertainment Group. When I do retire from the industry, I won’t 100% be retired. I will be moving more into the philanthropy work because that is what I love. I will still be a part of bringing the entertainment side to the philanthropy side of things.

“A Seat @ The Table.” Saturday, June 11 in New Orleans, Louisiana, at Hotel Provincial in the French Quarter. For more information and to register: www.officialasatt.com

The post Queenie Donaldson Steps From Behind The Scenes To Receive Her Crown appeared first on Zenger News. 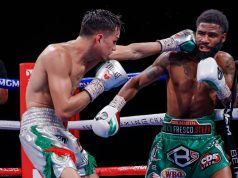 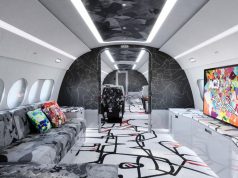