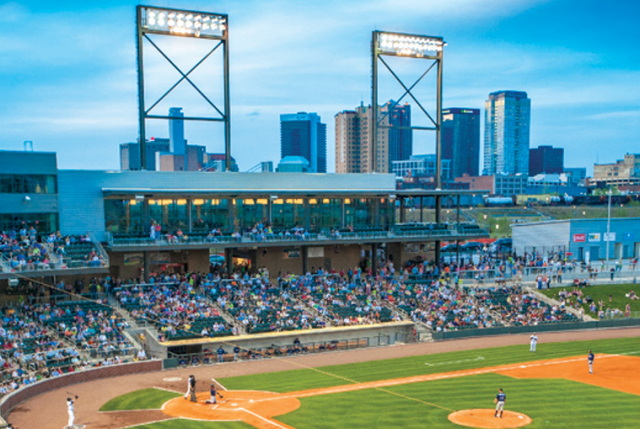 StadiumTalk.com website has listed Regions Field in downtown Birmingham as one of best minor league parks in the nation.

Here’s what the site had to say about Regions Field, home of the Birmingham Barons an affiliate of the Chicago White Sox (Double-A), which opened in 2013 with a capacity of 8,500:

“Less than six years old, Regions Field is among the newest parks in the minors, but it was designed to reflect the town’s industrial past by incorporating brick and steel into its facade.

“It also is among the most family-friendly parks in the minors, featuring a Youth Sports Zone housing a mini Wiffle ball field, a family fun park and batting cages.

“The “Switchyard on 14th,” opened in 2017, offers food, beverage and outdoor game space. For adults, “The Barstream” includes 20 draft beers on tap and a full bar selection.”