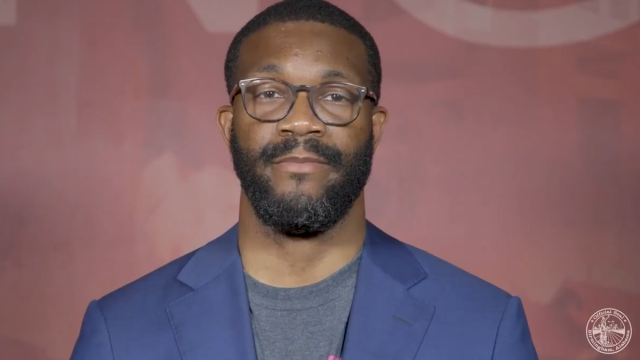 In a strongly worded statement issued late Sunday, Birmingham Mayor Randall Woodfin said “exhibition driving” is out of control in the city and must be ended.

The mayor made his comments after 19-year-old Ja’Kia Winston of Birmingham was killed and four others transported to local hospitals after shots were exchanged in a parking lot in downtown Birmingham early Sunday morning.

Police said a preliminary investigation showed multiple people in the parking lot, participating in “vehicle burnouts and other exhibition driving activities.” A collision between two cars happened which led to an argument and eventual shots being fired and the death of the teen.

“Exhibition driving . . . is not isolated to one part of town but occurring across the city on public streets and too often in private parking lots where no one has granted permission. Exhibition driving is dangerous and it is a crime,” Woodfin said.

“Early [Sunday] morning during such an incident, a driver lost control, hit another vehicle and in the violent aftermath, five people were shot. One of those people died. This is not acceptable and will not be tolerated,” the mayor said.

Exhibition driving has been described as driving a vehicle in a manner which creates or causes unnecessary engine noise, tire squeal, skid, or slide upon acceleration or braking; or driving and executing or attempting one or a series of unnecessarily abrupt turns.

Woodfin said the maximum penalty for exhibition driving in Birmingham is a ticket for reckless driving and that’s not strong enough. “The City of Birmingham will work immediately with our state lawmakers to obtain tougher laws to end this public menace,” he said.

His administration will push for penalties that include a license suspension of one year for anyone caught as an exhibition driver; the vehicle impounded and the driver fined $1,000 for the first offense and $2,000 for the second offense. Anyone participating as passengers and encouraging such actions should also be held accountable, he said.

The mayor also proposed that video evidence of drivers engaged in reckless and dangerous exhibition driving be admissible for law enforcement to use in investigations and to hold the driver responsible; and people who video such activity and turn it to law enforcement should be eligible for a reward.

“We will continue to coordinate with state and local law enforcement to pursue and prevent this lawless activity . . .We will consider any additional actions possible to reduce the risks of this criminal activity which endangers lives,” said Woodfin.