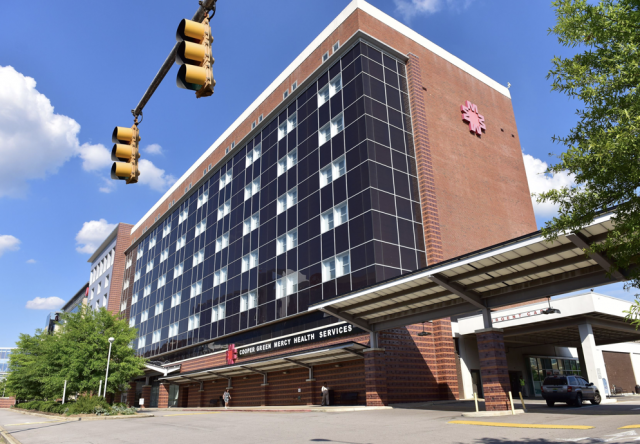 Cooper Green Mercy Health Services, the facility that has cared for Jefferson County’s underserved population, is celebrating its 50th year this fall—and at the same time preparing for the next 50 and beyond with a brand new $120 million, five-story building.

One word usually comes to mind for those familiar with the facility: “Lifesaver.”

That’s a word used by Maralyn Mosley, 84, a health care advocate who, after going through a divorce, returned to Birmingham from New York in December 1988 and found out she had high blood pressure.

“I was using a public health clinic in North Birmingham that was run by the health department. When they closed down the adult medicine clinic, I went to Cooper Green. I went to the emergency department, and they immediately took me in. I was an indigent Black woman, overweight,” said Mosley, who remembers she was never asked whether she had a job or money.

“They started to treat my high blood pressure and gave me enough medication to see me through,” she added. “That was my introduction to Cooper Green, and I have been there ever since. I was one of the many patients they served that had no health care [coverage]. I didn’t [have] a lot of money, so Cooper Green was a lifesaver for me, as it was for a lot of people.”

Tony Petelos, former Jefferson County Manager, is one of those. He recalls attending a 2014 meeting at Cooper Green during which he thought to himself, “I know something is going on.”

After the meeting, Petelos went downstairs to the urgent care facility because his primary doctor had retired. After undergoing a series of tests, he was told to visit a urologist, a medical professional who specializes in diagnosing and treating diseases of the urinary tract and the male reproductive system.

“When I did that, I found out I had bladder and prostate cancer. So, the beginning of my cancer journey was at Cooper Green, which informed me that I needed to go see a specialist, which I did,” said Petelos, who is now cancer-free.

While Cooper Green has been lifesaver for the last 50 years, Petelos said he’s very excited to see the facility move into a new era.

“It has saved a lot of lives and helped people that could not afford insurance or did not have other means recover from sicknesses and injuries,” he said. “[I am excited to see] a state-of-the-art facility that will be able to continue to provide services to some of the poorest people in Jefferson County, as well as to the working poor that don’t have insurance.” 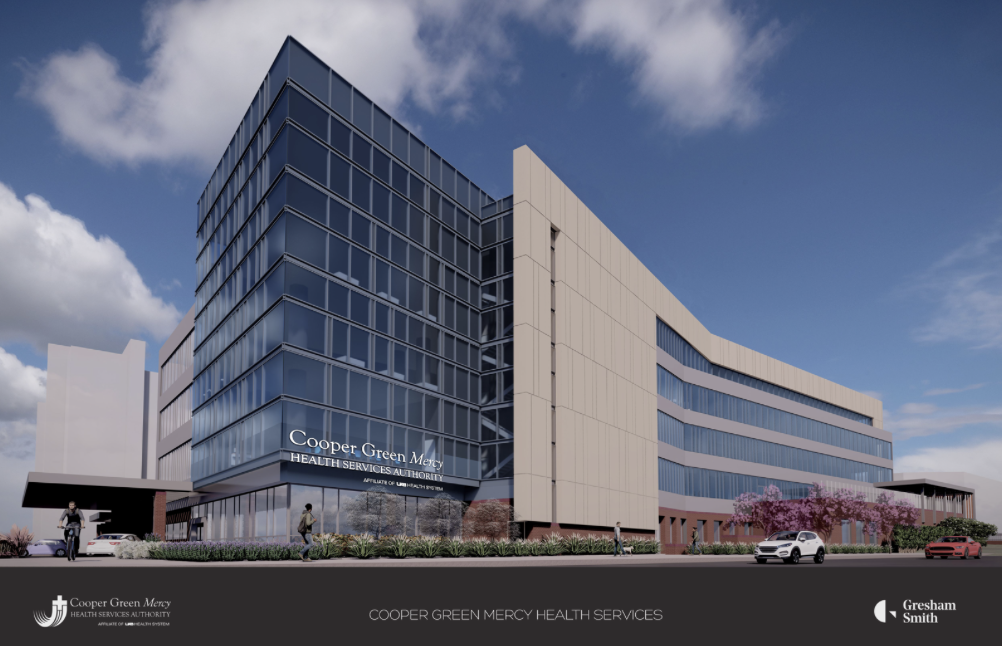 Last week, the Cooper Green Mercy Health Services Authority received final approval from the Board of Trustees of the University of Alabama System to move forward with plans to replace the current Cooper Green building with a state-of-the-art medical clinic; construction should begin this winter. The new facility—a five-story, 207,000-square-foot building with an overall estimated cost of $120 million—will be built on the site of the former Cooper Green parking deck, which was demolished earlier this year.

The building will feature new equipment, including plans for a magnetic resonance imaging (MRI) machine that will ease scheduling for Cooper Green patients who need screening. Other amenities that will improve access to care include an expanded rehabilitation suite with a covered outdoor section for developing outdoor skills, such as navigating curbs and different ground surfaces.

In addition, the new facility will house several other professional and community services, such as Cahaba Dental, the Recovery Resource Crisis Center, the University of Alabama at Birmingham (UAB) Community Psychiatry Program, and the UAB School of Nursing Providing Access to Healthcare (PATH) Clinic.

“We are building a first-class medical facility to serve the residents of Jefferson County,” said David Randall, chief strategy officer for the UAB Health System and board president and CEO of the Cooper Green Mercy Health Services Authority. “Jefferson County leadership and UAB are committed to providing the highest-quality health care for Cooper Green patients, and this new facility is an important step toward achieving that goal.”

Raegan Durant, M.D., medical director for Cooper Green, said investment in the new building “is a sign of our commitment to ensuring that there will be another 50 years of providing … care and services to [underserved] populations.”

Mercy Hospital opened in 1972 to provide health care to all residents of Jefferson County, regardless of ability to pay. In 1975, the hospital was renamed after Birmingham mayor and Jefferson County Commission president Cooper Green.

Over the years, the facility faced several challenges and changes. Once a 319-bed inpatient hospital, Cooper Green Mercy transitioned to a medical-service clinic in August 2012, after a majority of the Jefferson County Commission voted to close the inpatient care unit and emergency room.

On Jan. 1, 2013, Cooper Green Hospital closed and began operating as an urgent care center with primary clinics. In 2020, a UAB-led authority assumed responsibility for the day-to-day operations at Cooper Green Mercy Health services, ushering in a new era of care for the indigent population in Jefferson County.

“The goal for us is to expand care … but also bring to bear UAB’s expertise around larger purchasing,” Randall said at the time.

Despite all of the changes, Cooper Green’s exemplary care has never changed, Mosely said. Although hundreds of patients were in and out of the facility, doctors always showed compassion and concern.

“They did dynamite work considering the number of patients they saw in a day,” she said.

When Mosley first became a patient, Cooper Green had candy stripers: “Young women wearing candy-striped aprons would come around, especially in the morning, and offer you orange juice and crackers,” Mosely recalled. “That was part of Cooper Green, and that was nice.”

Meanwhile, some of the doctors would help patients enroll in programs that would decrease the cost of medication.

“If you were indigent … your doctor or your primary doctor would fill out some papers for you. My primary said to me, ‘Ms. Mosley, I am going to fill out this form for you, so the drug company will send your high blood pressure medication directly to you, and it won’t cost you anything.’”

At the time, Mosley was struggling financially and couldn’t afford to pay for her medication.

“I would get half of it filled for two weeks and the other half the next two weeks, so it was God-sent when my primary [physician] filled out the forms for me … to receive my high blood pressure medication at no cost,” she said. “It was a lifesaver.”

Like most, Mosley is excited about Cooper Green’s 50th anniversary. “I think it’s tremendous that Cooper Green has survived 50 years,” she said. “I believe they have provided quality health care to the citizens in Jefferson County, and not just in Birmingham.”