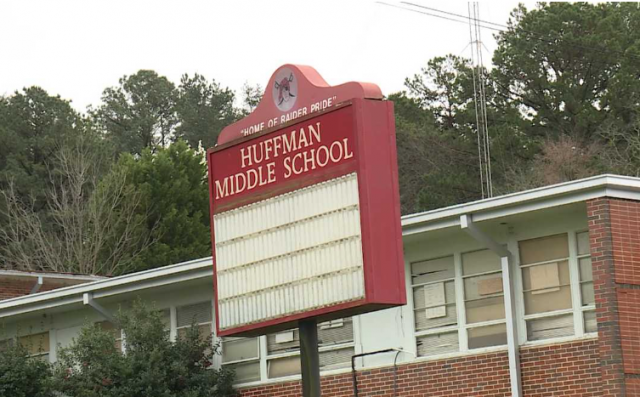 Mayor Randall Woodfin said the program is another way the city can support reducing violence in Birmingham.

“I think we all know the issues in our community, how young people and adults tend to respond when they have an issue with somebody, whether they know them, or a stranger. We keep looking to expand our toolbox of conflict resolution. This is another tool we think could be extremely beneficial,” Woodfin said.

The program, called Common Ground, will put students who have been selected by individual school principals into one or two cohorts at each BCS middle and high school with two coaches per cohort, according to Birmingham Municipal Judge Andra Sparks, who spoke on behalf of the initiative to the council on Tuesday.

Currently, the program will operate in each middle and high school and within K-8 schools. However, the curriculum is only designed for middle school and up and will not be used for elementary grades, Sparks said.

The program has already been in operating in Birmingham’s George Washington Carver High School over the last two semesters, and on Tuesday, Carver’s Principal Tikki Hines said she doesn’t — “often put her name behind programs” — but that Common Ground is working.

“Oftentimes, our students don’t recognize the connection that school has to their community, so it’s exciting to have a program where Black men are coming in and giving them another voice on how to solve problems,” Hines said.

Hines said she would often pop into the lunchtime sessions of the program but felt unwelcome in the room, given it was for the young men.

“But when the boys came out, there seemed to be understanding, and all of these young men don’t get along. That was an opportunity for those young men to sit and really talk about how to solve their problems with their words. So many times, they don’t have that skill set,” Hines said.

Dr. Mark Sullivan, BCS Superintendent, said students need tools “in order to solve conflicts in a nonviolent way” and that they’re not developing those tools naturally, leading to more bad outcomes in the community.

Sullivan brought numerous high and middle-school principals to the meeting to show support for the new program.

Council President Wardine Alexander stressed the importance of the influence that even one teacher can have on students.

“I want to thank each of you for your role. I know each of you started as that one teacher and…as principals, administrators, you reach the whole spectrum of trying to help that student, their family, the community,” Alexander said.

Councilor J.T. Moore, chair of the council’s Education Committee, said “we need culturally relevant content that our young people can really connect with and gain information and inspiration from.”

Councilor LaTonya Tate, chair of the council’s Public Safety Committee, said Birmingham is “on life support” and stressed that the men serving as coaches need to be the right people for the job.

“There’s a lot of mentorship programs out here. There are a lot of people with lived experience, that have traveled down the road some of these young men are traveling down, that I definitely want you guys to be tapping into,” Tate said.

City Council President Pro Tem Crystal Smitherman said it’s difficult for the city to address much of the violence across the city because it is domestic violence. Common Ground could help to solve that problem, she said.

“We can’t go in these homes…so what do we start with? We start with the babies. The babies are going to be the ones they’re going to influence the adults…or they can teach their baby siblings and say, ‘Hey, I know you guys are about to fight, but let’s take this technique,’ so I’m really excited to see this,” Smitherman said.