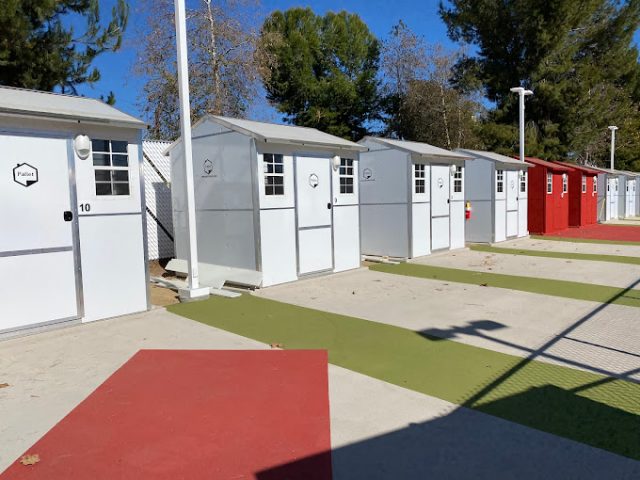 The Birmingham City Council on Tuesday will consider a shelter program that will provide 100 sleeping units for those who are homeless, according to city officials.

Each of the units under the “Home for All” program will be lockable and feature a heating and cooling system, as well as a desk. It can be assembled in under an hour and at a fraction of the cost of traditional homeless shelters, according to the city.

Birmingham Mayor Randall Woodfin said those experiencing homeless “deserve to safely sleep in peace and with dignity. We want to provide that for them, but also take it a step further by offering resources that give them the option for a transition into permanent housing.”

Home for All’s announcement comes after the city recently kept one warming station open for five nights as Birmingham saw extremely cold temperatures at the end of the Christmas season.

“On any given night,” according to a blog post from the city’s Director of Community Development Meghan Venable-Thomas, there are about 900 people in shelters or completely unhoused in the Birmingham. More than 260 of those people are considered “chronically unhoused,” she said.

Home for All addresses an immediate need for shelter based on recommendations from members of the city’s unhoused community and service providers. The program also allows organizers to engage, assess and learn about the needs of the unhoused for plans to create transitional and permanent supportive housing in the future.

Through the program, the city would work with Pallet Shelter, a company which specializes in building temporary micro-shelters across the United States, including in Fayetteville, Ark.; Dallas, Tx; Fresno, Calif.; and Tacoma, Wash. They have constructed 1,764 sleeping units among 63 shelter communities, with more than 4,000 people served.

Home for All is not the first program attempting to provide micro-shelters for unhoused residents in the city. A year ago, controversy brewed over a city-funded, community-led effort to create similar shelters meant for use during The World Games 2022.

For more information, go to https://birminghamal.gov/homeforall.