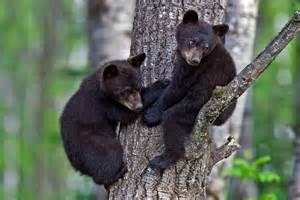 Heflin, Ala. – After allegedly shooting at a black bear seen in Heflin, Ala., on June 16, 2015, a local man has been charged with breaking the state’s bear protection laws. While classified as a game animal in Alabama, there is no established black bear hunting season in the state. Black bears are also protected by state law due to low population numbers. The shooter was arrested and released pending a court hearing on August 5.

In Alabama, shooting at a black bear is a Class A misdemeanor, which carries a potential minimum fine of $2,000. Other penalties for attempting to take a black bear include the loss of hunting and fishing license privileges for three years and possible jail time.

The bear in Heflin appeared to be unharmed by the incident and was allowed to find its way back into a wooded area near Sugar Hill Road where the shots were fired.

Capt. Johnny Johnson, Supervising Conservation Enforcement Officer with the Alabama Division of Wildlife and Freshwater Fisheries (WFF) District 2 Office, assisted in the investigation on June 16 and said anyone shooting at a black bear risks serious consequences.

“Shooting a black bear in Alabama is a serious offense that could send someone to jail for up to a year in addition to the substantial fines,” Johnson said. “If you see a black bear, leave it alone. We want and welcome them in Alabama.”

Historically, a small population of black bear has remained rooted in southwest Alabama, primarily in Mobile and Washington counties. In recent years, bears migrating from northwest Georgia have established a small but viable population in northeast Alabama. WFF is currently working with other state and federal agencies to collect data on the state’s black bear population and movements.

Black bears are secretive, shy animals that will avoid human interaction. To avoid accidently attracting a bear to your home, feed pets just enough food that they can consume in one meal. Secure uneaten pet food, trash bins, bird and other wildlife feeders, as they are easy pickings for hungry young bears.

If you are lucky enough to encounter/observe a black bear, WFF offers these suggestions:

• Do not be frightened
• Do not approach the animal
• Do not run from the bear; back away slowly
• Stand tall and upright and make loud noises
• Avoid direct eye contact with the bear
• Make sure the bear has an unobstructed direction to escape
• Never purposely feed a bear