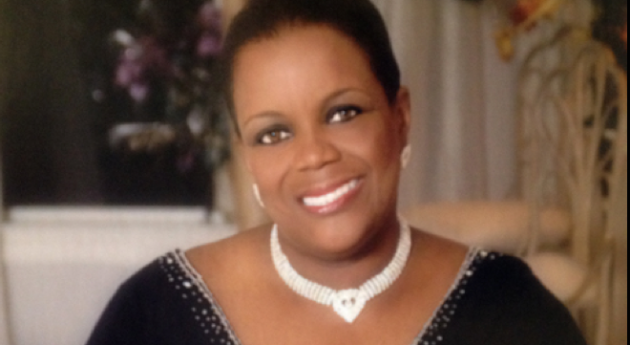 A scandal in New Orleans has the city riveted as a prominent lawyer, his wife, a Federal judge and a businesswoman who is head of the one of the city’s popular Black Mardi Gras organization and facing federal charges, are involved in what looks like a love triangle.
Lisa Crinel (pictured) a New Orleans businesswoman is suing her former lover, Clarence Roby, who is married to the Federal judge, U.S. Magistrate Judge Karen Wells Roby who signed off on federal search warrants for Crinel, who was represented by Roby in a case alleging that she stole $30 million from Medicare through her business, Abide Home Health Services.
NOLA.com reports:
Crinel’s lawsuit restates facts that Crinel’s current lawyers have used to try and suppress evidence obtained in a March 2014 search of the headquarters of her Abide Home Health Services in eastern New Orleans.
Crinel and Roby carried on “an intimate, romantic relationship” for about 12 months, starting in September 2013, according to her lawsuit. In January, she also hired him to serve as her lawyer as she negotiated the purchase of another business.
On March 24, 2014, the couple were together at Crinel’s house “until late in the evening as their romantic relationship continued,” the lawsuit states. The next day, federal agents raided Abide’s headquarters.
In motions filed in the federal case, Crinel’s lawyers claim that Karen Wells Roby signed off on the warrants used in the search, and have suggested the judge was aware of her husband’s affair with Crinel, and may even have driven past Abide’s offices while investigators were carting out files.
After the raid, Crinel’s lawsuit says Roby told her he could continue to serve as her lawyer despite their romantic relationship, and even though his wife had approved search warrants. Crinel’s lawsuit accuses him of violation professional codes for attorneys and committing “legal malpractice.”
“Mr. Roby never informed Ms. Crinel that it was a conflict of interest for him to represent her and her company while carrying on an extramarital affair with her… or to represent her in matters related to a search warrant that was signed by his wife,” the lawsuit states.
Crinel, who had more than $1 million in assets seized by investigators during the search, seeks compensation for any losses that result from Roby’s alleged malpractice. The lawsuit names Roby’s law firm and an unnamed insurance company as co-defendants.
In court records, federal prosecutors said they weren’t aware Roby and Crinel were carrying on an affair, or even that Roby was Crinel’s lawyer, when they brought their search warrant to Judge Roby in March 2014. Investigators did tell the judge that her husband served on a charitable board with one of the targets of the investigation. Judge Roby told them she could handle the warrant so long as her husband didn’t represent the target of the warrant.
Prosecutors say they became aware of the Roby-Crinel affair after reviewing records seized during the search, but that what they found shows that Roby took pains to hide the affair from his wife.
In court records, federal prosecutors refer to numerous personal emails between Crinel and Clarence Roby that “discuss an intimate relationship, Judge Roby, and many details of their physical and emotional relationship,” and that a cooperating witness told them after the search that said Crinel called Roby “her boo.”
But Roby comes off as more discreet in the exchanges, prosecutors said. In messages, Crinel complains that Roby won’t make their relationship more public, writing “we can’t stay locked up in this house,” and that she wants to go on dates even if “we have to drive to BR or Slidell sometimes.”
In the two-page message, Crinel also gripes that Roby doesn’t call her during the day or make contact with her the morning after their trysts, prosecutors said. Roby’s two-sentence reply came 12 hours later, prosecutors noted. He asked Crinel to send her messages to his personal email, not his business account.
“Nothing about this email suggests that Clarence Roby or Crinel actively flaunted their affair,” prosecutors wrote.
Crinel’s case is not the first time Judge Roby’s marriage has complicated her work on the federal bench. In 2008, Judge Roby recused herself from dozens of criminal and civil cases involving the federal government, after her husband’s client, former state Sen. Derrick Shepherd, entered a plea deal with federal prosecutors. 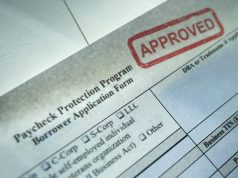 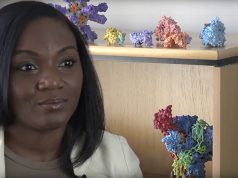 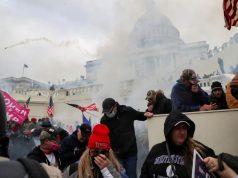 If rioters were Black, ‘hundreds’ would have been killed: Washington reflects on Capitol rampage