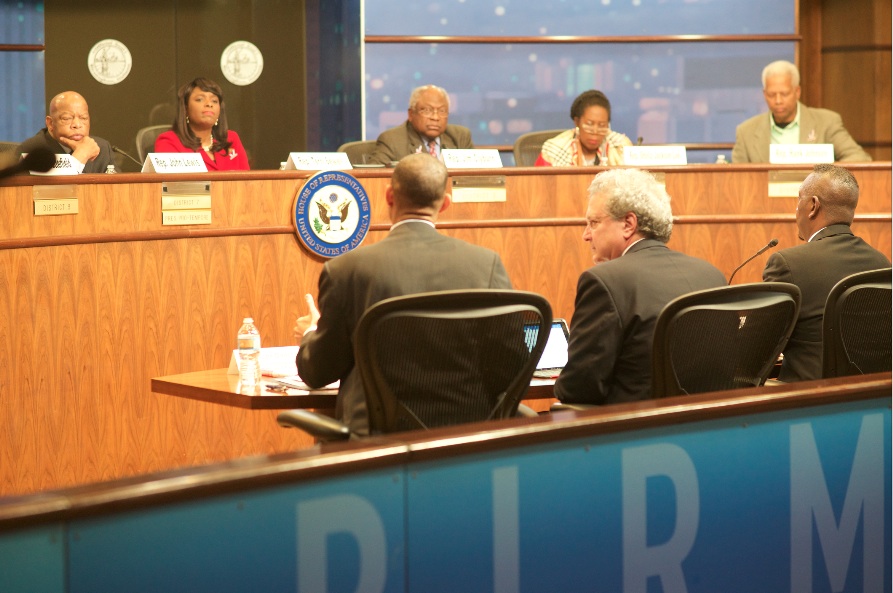 Some key members of Congress said they couldn’t think of a better place than Birmingham to kick off a series of hearings on the current state of voting rights in the America.

Congresswoman Terri A. Sewell hosted the forum at Birmingham City Hall with a number of dignitaries in attendance including Mayor William Bell.

Bell said new voting rights legislation was critical to ensure that every citizen “no matter who you are or where you are, has the right to vote. We know that that has been under siege for some time now (and) the Supreme Court really caused great damage to that right.”

It’s now up to “our Congressional leaders to respond to assure that every citizen has that right to vote,” he said.

“The Voting Rights Act of 1965 is probably one of the most significant pieces of legislation ever passed by the United States Congress,” Butterfield said.

The 1965 Voting Rights Act eliminated the literacy test; created a section which empowered minority communities to bring lawsuits in federal court to address discriminatory voting schemes and singled out several states in the South including Alabama for preclearance, he said.

“The Voting Rights Act is under direct assault as we speak,” Butterfield said.

“I’ve said on many occasions that the vote is precious,” said Lewis, who was among protesters beaten by state troopers as voting rights activists attempted to cross Edmund Pettus Bridge in Selma during a march to Montgomery in 1965. “It’s almost sacred. It is the most powerful nonviolent instrument or tool we have in a Democratic society.”

Sewell noted the importance of Alabama in the voting rights act.

“It was because of Bloody Sunday (in Selma) this nation passed that Legislation,” she said.  “Likewise, it was because of Alabama and what happened in Shelby County that the Voting Rights Act of 1965 has been limited. It has lost its teeth; its enforceability, when it comes to pre-clearance.”

Members of Congress plan to hold voting rights hearings around the country including stops in Los Angeles, Oakland and Dallas.

“We need help from the grassroots,” Sewell said. “We need to go across America to make sure that the Supreme Court understands that the challenges to voting still exist. They may not be counting marbles in a jar, but by having photo ID laws you’re restricting people’s ability to vote.”

The Congressional leaders also heard from a group of panelists including Hezekiah Jackson, president, metro branch of Birmingham NAACP; Richard Cohen, president of the Southern Poverty Law Center and Spencer Overton, president of the Joint Center for Political and Economic Studies.

“It is shameful that we have to be doing this 51-years after the passage of the voting rights act,” Cohen said. “To truly have a government of, by and for the people every voice has to be heard. Our constitutional right to vote, a precious right, a sacred right has to be preserved.