A Jefferson County lawmaker offended, she said, by a law passed in the Legislature preserving Confederate monuments has pre-filed bills to repeal and replace the 2017 Monument’s Bill.

“As an African-American female legislator I am offended by the legislation that was passed in 2017,” said state Rep. Juandalynn Givan, D-Birmingham. “The [Confederate] monument that is situated in Linn Park in Birmingham, Alabama is just a stone’s throw away from where four little girls were killed in a bombing in 1963 at the 16th Street Baptist Church.”

The monument is located the heart of the Civil Rights District in Birmingham and has a “chilling effect and impact, when you think about Birmingham’s dark history of racial injustice and inequality,” Givan said. 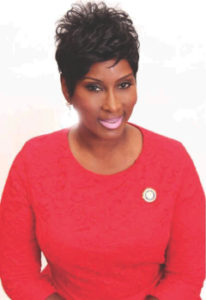 Earlier this month, Alabama Attorney General Steve Marshall sued the City of Birmingham and Mayor William Bell and after the city partly covered the monument, in the wake of nationwide protests at similar monuments following the white supremacist rally in Charlottesville, Virginia where a protester was killed when she was rammed by a speeding car. A man with ties to the neo-Nazi movement has been charged.

“The Civil War monument at Linn Park has been placed in concealment and shrouded from view while the city’s law department researches all possible grounds to challenge the Alabama Memorial Preservation Act’s restrictions on the city’s authority to control removal of monuments on city property,” Bell said at the time.

Givan’s pre-filed House Bill 15 and House Bill 16 call for the repeal and replacement of the Memorial Preservation Act with a law which would allow a municipality or local governing body to call for a vote of citizens to determine the disposition of monuments situated on city-owned property. The legislation would also specifically allow a Class 1 municipality, namely Birmingham, to let its citizens vote on whether to remove or otherwise modify monuments.

“The monument symbolizes a time in history where African-Americans were the property of their masters and never to be free, a time in which our black was not meant to be beautiful,” she said.

Givan added that replacing the Memorial Preservation Act was intended “to fight for those individuals who lost their lives in the struggle, to fight for those who were jailed, and lynched and told to go to the back of the line or drink from the colored only fountain. I simply sponsored the bills because all lives matter.”