BANTAM FOXES, NEW DEVILS and HOTBED, at The Nick.

ALEJANDRO ESCOVEDO and WILL KIMBROUGH at Saturn. 7 p.m.

GREENLIGHT BAND on UNWIND FRIDAY, 8 p.m. at Jazzi’s on 3rd with great jazz.

FANCY FRIDAYS, 5 p.m. featuring JILLIAN GRAY with YARBROUGH & COMPANY every Friday at Legends on 18th Street North, Downtown. Birmingham. This is an After-Work Experience hosted by Keely and Tiger and catered by Chef Jones. Call (205) 212-4406 for more.

JACKSON ULMER, RENSHAW DAVIES and BATTITO, 9 p.m. at the Nick.

THE LADIES OF featuring JAMES HALL, IN THE PINES and THE NEXT APPOINTED HOUR at the Nick.

QUINTRON AND MISS PUSSYCAT at Saturn.

SUNDAY BRUNCH at 1st and 23rd.

PEYOTE COYOTE at The Nick.

A PLACE BOTH WONDERFUL AND STRANGE, THE MURDER OF JANE CROW and JACQUIE COTILLARD at the Nick

YOUR PEST BAND, GT, and THE INVISIBLE TEARDROPS at Saturn.

THE COMA KIDS, THE MCRYATTS and AMERICAN PASTIME, 9 p.m. at the Nick.

THE STIR, THE PINX and HAPPY LEMMY, at The Nick.

AT THE STARDOME THIS WEEKEND

DREW THOMAS. The comic stylings of Drew Thomas are a hilarious portrayal of comedic storytelling. He draws his audience in with his accounts of relationship follies and keen retorts on everyday life and current affairs. Drew’s insight on comedy leaves you with a sense of intimacy that makes women want his number; guys want to grab a beer with him and everyone laughing all night.

(People, Places and Things by Gwen DeRu is a weekly column. Send comments to my emails: thelewisgroup@birminghamtimes.com and gwenderu@yahoo.com. ) 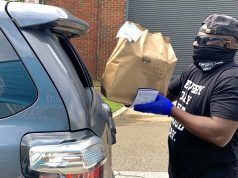