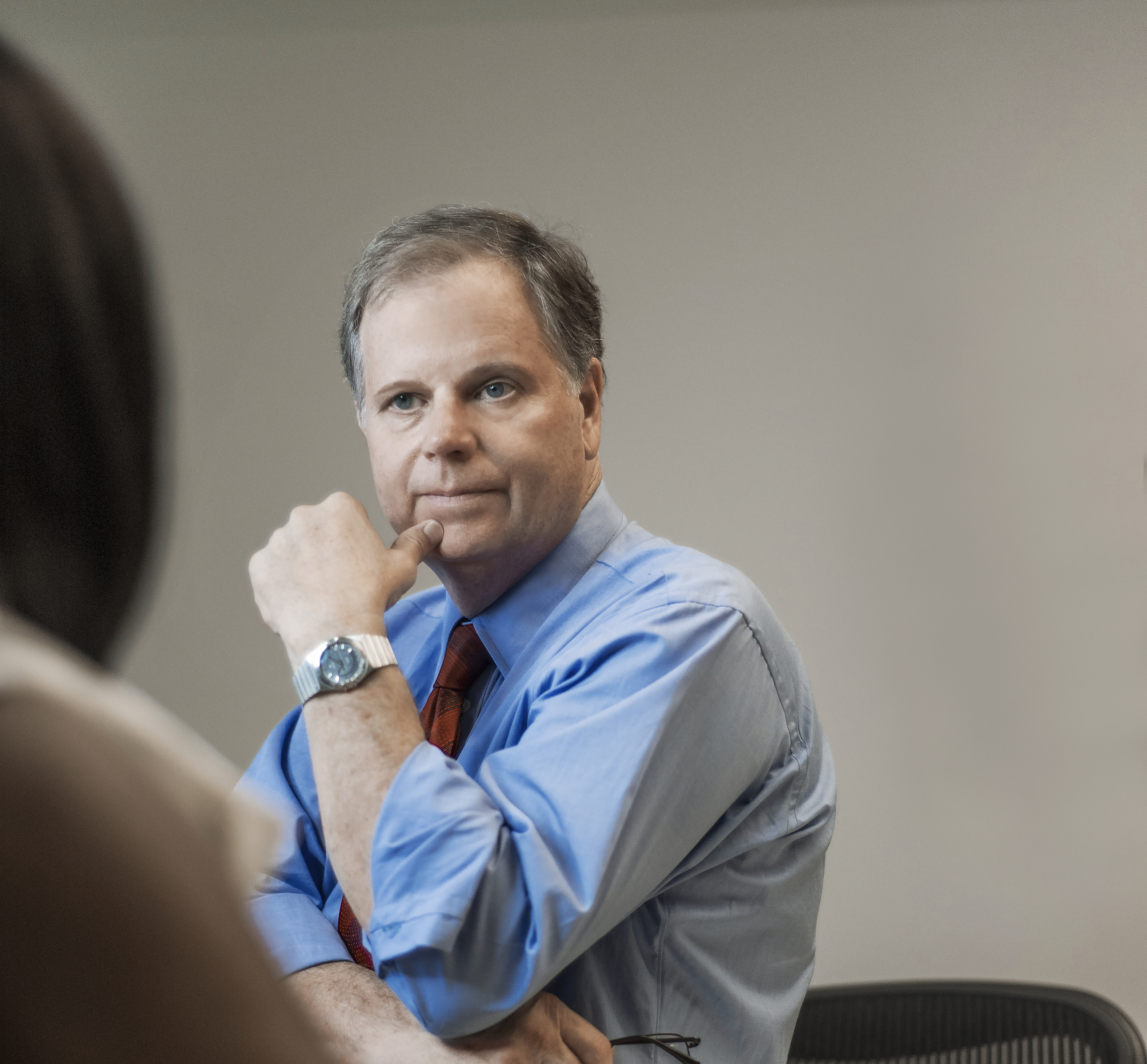 Doug Jones, Democratic nominee for the U.S. Senate, looks forward to running against Republican Roy Moore in the Alabama special election on Dec. 12.

“He’s coming in kind of early,” Jones said. “We’re going to do a fundraiser that morning to help us raise some money to get this thing going into high gear,” Jones said, adding that Biden will do “a fun public event” at the Sheraton Hotel in downtown Birmingham.

That noon rally, where Jones expects Biden “to give a good rabble-rousing speech that will keep everybody on the edge of their seats,” will be free. “We hope a lot of our supporters and Joe Biden fans will come out and see the vice president. He’s going to be the main attraction, not anybody else. And I just think it’s just a great way … for us, this early . . . to show the importance of this race, the interest there’s going to be in this race and there’s no better person to do that than a guy who really speaks to working people and their values and civil rights history than Joe Biden.”

Jones said he and Biden “have been friends for a long time. I’ve worked in his campaigns before. And he has indicated early on that he would be all in for us. He did a call for us during the primary. And to be able to get him in this early to show his support … it means a lot to me on a personal level. But also, it’s just a huge boost for the campaign.

Biden’s core principles are the same as his, Jones said, the middle class and the working-class families, the kitchen table issues of jobs, and education, and healthcare. “Not to mention his civil rights record for both women’s issues as well as civil rights in general,” Jones added.

Biden could be the first of many high-profile endorsements for the Jones’ campaign. “We’re talking to a lot of people. There’s a lot of interest in this race… As things develop I think we’ll see more folks coming out in favor of the campaign,” he said.

Jones served as U.S. Attorney in Birmingham beginning in 1997. Among many cases, he successfully prosecuted the Klansmen responsible for killing four young girls in the 1963 Sixteenth Street Baptist Church bombing.

Jones is confident heading into the special election.

He will face Moore, the controversial “Ten Commandments judge”, who on Tuesday soundly beat former Alabama attorney general Luther Strange in a closely-watched primary runoff. Moore won despite twice being ousted from the Alabama Supreme Court over his stance over a religious monument and refusal to accept same-sex marriage and despite President Donald Trump’s support of Strange.

Jones has been seen as a close competitor with the Republican, even in this red state. A recent Emerson University poll showed Jones in a statistical tie with the GOP contenders and said that “The GOP will need to find a way to unite during the 11 weeks until the General Election, or face the prospect of Jones pulling off an upset. If Jones were to win, Alabama could send their first Democrat to the U.S. Senate in over 20 years.”

After Moore’s victory, Jones put out a statement that read in part, “even though I was not on the ballot today, our campaign has been building momentum for weeks with hundreds of volunteers signing up to join our effort, Republicans reaching out to us throughout the state, and our campaign just finishing our strongest week of fundraising.

“The people of Alabama deserve a senator who will put aside partisan rancor and address the real needs facing the people of this state. I understand the importance of bipartisanship. A Democratic president appointed me U.S. Attorney and I was confirmed by a Republican-controlled Senate.

Although Jones expressed little interest in the GOP divisions highlighted by the Strange-Moore contest – Trump and Vice President Mike Pence endorsed Strange, while former White House strategist Steve Bannon endorsed Moore, he did weigh in on the recent controversy caused by Trump’s remarks in Huntsville. Trump condemned NFL players who took a knee during the singing of the National Anthem, using a profane term and calling for their firing or suspension.

“I was very disappointed in the president’s language and his remarks about the take a knee. I thought those were just totally inappropriate with the way that he did that,” Jones said. “On a personal level, that’s probably not something I would do. But that’s just a personal thing for me. But I will tell you… I am the kind of person and lawyer that absolutely and unequivocally respects someone’s constitutional right for that expression, peaceful expression of protest. And it’s unfortunate the way that the president came into Alabama, used that kind of language, and has further divided the country, as opposed to trying to figure out ways to try to unify the country.