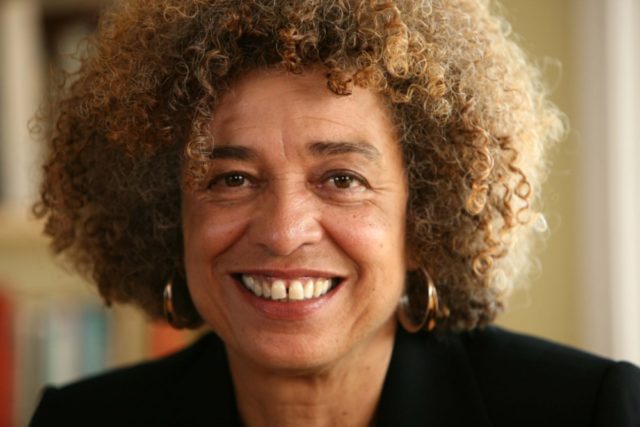 The Birmingham Committee for Truth and Reconciliation (BCTR) will host two events on Saturday, February 16, to honor and recognize Dr. Angela Davis, Birmingham’s native daughter and international human rights activist. Both events are free. Registration is required for each event. Tickets became available January 25, 2019, at 5:00 p.m.

Davis will be in Birmingham nearly a month after the Birmingham Civil Rights Institute rescinded an invitation for her to accept the Fred Shuttlesworth Human Rights Award. The decision outraged many across Birmingham and the nation. The BCRI later apologized and three board members resigned.

The BCTR held a press conference earlier this month to announce it would have Davis appear on the same day that the BCRI cancelled her visit.

The first event is a “Power To The People: Activism and Justice Forum” on Feb. 16 at 10 a.m. This four-hour summit will embody the spirit of Dr. Davis’ life work and unwavering commitment to the training and development of future leaders ages 18 plus. Interested participants must register to attend the event at www.bhamtruth.com​. The registration deadline for this event is Monday, February 4.  The location is to be determined.

The second event is “A Conversation with Dr. Angela Davis” on Saturday, February 16 at 7 p.m. at the Lyric Theatre 1300 Third Avenue North. Registration Required Free Event

This event is an opportunity to hear Davis share her story and her life’s work. Dr. Imani Perry, a Birmingham native and Hughes-Rogers Professor of African-American Studies at Princeton University, will facilitate the conversation with Davis. A book signing will immediately follow the discussion. Those interested in attending this event must register at https://bctr2019.eventbrite.com​.

The goal of the BCTR is to create opportunities for the community to gather, learn, and engage in thoughtful dialogue and reflection, and community activism to address issues of human and civil rights in our metropolitan area that intersect with race, class, gender, equality, and disparity.

On Friday, the Birmingham Civil Rights Institute (BCRI) also announced it reoffered the award to Davis after rescinding it earlier this month.

The BCRI released a statement on Friday announcing its decision to reaffirm Davis as the recipient of its 2018 Fred L. Shuttlesworth Human Rights Award.

Davis was personally invited to accept the award, the institute said, adding that it “respects her privacy and timing in whatever her response may ultimately be.”

“Dr. Angela Davis, a daughter of Birmingham, is highly regarded throughout the world as a human rights activist,” BCRI President and CEO Andrea L. Taylor said in the statement released Friday, citing Davis’ “significance in the movement for human rights, her involvement in raising issues of feminism, as well as her leadership in the campaign against mass incarceration.”

The institute announced in September that Davis would receive the award, after a board meeting on Sept. 18.

In early January the BCRI announced that it was canceling a gala planned for February and rescinding the honor for Davis, saying she “unfortunately does not meet all of the criteria on which the award is based,” The Associated Press reported.

In an interview with Democracy Now this month, Davis, a scholar and civil rights icon born in then-segregated Birmingham, said the reasons behind the decision were not initially made clear to her.

“When I made requests to them to offer me more substantive reasons for the rescission of the award, I was met with very abstract responses,” she said.

Davis released a statement this month indicating that she later learned her “long-term support of justice for Palestine was at issue.”

BCRI’s statement noted that the board “began receiving messages of concern from various segments in the Birmingham Community” strongly opposing Davis’ “views on a variety of issues.”

The statement did not provide details on the nature or source of the complaints.

The decision to rescind the award sparked outrage on social media and condemnation from organizers and other groups, including the social justice organization Jewish Voice for Peace, which launched a petition in support of Davis this month.

“The decision seems to stem from a misinformed view that to advocate for Palestinian human rights is somehow offensive to the Jewish community,” the petition read.

Birmingham Mayor Randall Woodfin released a statement saying he was “dismayed” by the institute’s decision to rescind the award.

The BCRI said its board voted 9-2 on Jan. 4 to rescind the award “based on new input from the community.” The board issued an apology on Jan. 14.

“Immediately after that public apology, in keeping with its commitment to learning from its mistakes and in order to stay true to the BCRI’s founding mission, the Board voted to reaffirm Dr. Davis as the recipient,” the BCRI said in a statement.

The annual award pays tribute to the Rev. Fred L. Shuttlesworth, a civil rights activist who died in 2011 at 89.

For more information about these events and the BCTR, please visit www.bhamtruth.com.