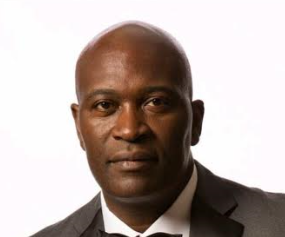 Our prison system is complex, decentralized, unpredictable and chaotic.  According to a report released in December of 2018 by Equal Justice Initiative, a Montgomery-based prison advocacy group, Alabama prisons have the highest homicide rate in the country and rank fifth when comparing the incarceration rate of each American state to countries around the world. The data was drawn from Alabama Department of Corrections (ADOC) statistical reports and the Bureau of Justice Statistics.  If you can judge a society by how they treat their prisoners, Alabama is failing.

Governor Kay Ivey and DOC Commissioner Jeff Dunn unveiled a plan in February of this year to build three new regional men’s prisons, at an estimated cost of $900 million. Though Dunn cited overcrowding, violence, and dilapidated facilities as reasons for the project, it’s imperative that we address the root causes of incarceration through the best and often overlooked solution: prevention.

Numbers are an intricate part of everyday life and many major decisions are predicated on statistical outcomes. Though data sets can be mined into a unique matrix or structure, it’s what we do with the data that matters. For instance, last year Birmingham had a total of 111 homicides processed, according to the Birmingham Police Department Services Bureau’s Impact Stats. Data compiled by the National Youth Risk Behavior Survey (NYRBS) from 1991 to 2017 tells us that there is an alarming rate of behaviors that contribute to youth violence. This often leads to arrests and perpetual incarceration, and although these numbers are significant, they never tell the real stories. So how do we get beneath the surface or see beyond the smog of numbers? Perhaps we should dig into the human side of incarceration, the culture beyond the staggering numbers.

We can accomplish this by investing in intelligence-led solutions centered on prevention.  This could come in the form of an algorithm that forecasts the likelihood of an at-risk youth to offend in the form of a suspension, expulsion, or arrest–proven precursors to violent crimes and eventual incarceration. The algorithm presents a personable computation of variables that make up the youth’s individual self and social determinants. This allows us to go beneath the surface of numbers and personalize them into real people. This theory might allow us to make better decisions on urban policy, sentencing guidelines, prevention, intervention, and programming. Strange as it sounds, I’m suggesting a computer application that would humanize statistics.

Real people are represented by a statistic: a number, a unit with an array of variables. However, statistics don’t tell the story of a young man who was raised in poverty in the inner city most of his life in a household without a positive role model. He lives in a high crime community with immediate access to liquor stores within walking distance. His mom works two jobs, so there is a no supervision window from 3:20 p.m. to 9:30 p.m. unless he plays a sport. To many, they are unfortunate circumstances.  But to data and behavior analysts, the conditions represent variables in the routine activity theory that stipulate three necessary conditions for most crime: a likely offender, a suitable target, and the absence of a capable guardian, coming together in time and space. Therefore, the heightened time for him to offend is within that window. By placing emphasis on an at-risk child and the root cause, we may find better solutions and prevent them from taking the wrong path, in this case, perhaps an after-school program in music, or a combination of arts, sports and tutoring.

Incarceration is big business, a growth sector and a major employer. Shouldn’t acquiring solutions and changing the narrative of mass incarceration be just as lucrative? The problems created by crime might also be the solution. We can make it more attractive to educate than to incarcerate. We can turn prevention into a bigger industry than incarceration.

Considering the nightmares that have occurred in Alabama’s prisons, I support the idea to repair the broken system. I commend the Governor and Commissioner on their initiative for improvement; it is long overdue. But let’s not ignore the root of the problem. There is a breeding ground of future detainees as we speak and why I speak. We can make a difference. And I believe it lies in an algorithm for prevention by the numbers. The machines can help us save one human being at a time.

Demetrius Paschel is an award-winning writer and researcher in Birmingham. 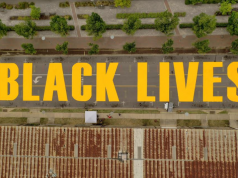