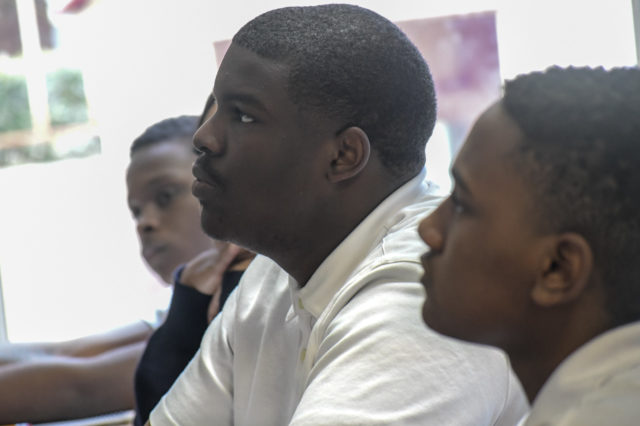 Some had been bullied. Some have had discipline issues. Some were expelled from other schools. Some just needed a better environment in which to learn. All are among the 14 students currently enrolled at Maranathan Academy, a school on Birmingham’s Southside that caters to critically at-risk students.

“No one is here by chance,” said Maranathan Academy founder Donna Dukes. “Many of them, in fact, the majority of our students are with us because they have been expelled from public school for weapons-related charges, violent offenses, things like that. Our school is very unique in that we have the persecuted and the persecutors in the same school—and it works.”

When people see stories about a child who brought a gun to school, they see the child as “a little monster,” she said. “But … they’re not. They’re kids. At the end of the day, they’re kids who made bad decisions.”

Dukes said she specializes “in critically at-risk youth, so every baby … has a story.”

Here are some of those stories:

Iyana Byrd, 16, joined Maranathan Academy in mid-March after being bullied at another school, where she was jumped by a group of young males and females and sustained a broken wrist. After finding out about Maranathan, Byrd said she found a “good opportunity…to live [my life] how I want and to feel safe.”

She enjoys her new environment and classmates: “I talk to everyone, and they help with the work, … they talk it out. At my last school, we didn’t do that.”

Byrd said she even feels more comfortable with her new teachers. When there’s a problem, teachers take time out to sit and talk to students, which is something that didn’t happen at her other school, where she began as an A-honor-roll student. “After all of that happened, [my grades] just dropped,” she said.

Byrd now sees a bright future at Maranathan Academy, where everyone is like family. She plans to attend Alabama Agricultural and Mechanical University for cosmetology and to become an eighth-grade teacher.

Keltyn Young, 17, remembers an incident last year, when his principal at a Birmingham-area school pulled him out of the classroom to search him for drugs but found a gun instead. Young said he brought the gun to school for safety reasons, but it didn’t make a difference. He was kicked out of school.

“I thought it was over. I was just going to drop out,” said Young, who enrolled in Maranathan in January; he plans to graduate and hopefully become a weatherman.

At Maranathan Academy, the teachers show that they care, said Young: “They stay on us about our work. At the other schools, you either do it or you don’t.”

He said the academy is more patient with the students: “It’s not a big classroom. There are just a couple of us. … I don’t like big classrooms [because] I lose … interest in my work.”

The family atmosphere keeps him focused and makes him more comfortable with asking for help from classmates or teachers.

“I just feel better here,” said Young, who admitted that at his other school, he would probably argue or lose his temper with classmates, but at Maranathan, “I can cooperate with them.”

“[They] get you back on track,” he said. “I’ve been here a short amount of time, and I … made a couple of mistakes, and Ms. Dukes sat me down and talked to me. I believe in what they say. … I want to make them happy just as much as they want me to make them happy … because I know they love me.”

Ladazia Brown, 17, is at Maranathan because of the environment. At her previous school, teachers were teaching, but children weren’t giving Brown or any other students the chance to learn, so she decided to attend Maranathan. Like Brown, everyone at Maranathan is willing to learn.

“Everybody [is] trying, and that’s what I like,” she said. “Everybody … loves each other. They might not want to say it, but everybody does love each other here, and they want to see everybody succeed. [Maranathan] helped me to see how clear my future really is.”

Brown receives hands-on learning while attending the academy: “If you say you understand, they look at your face like, ‘You sure? Let’s go over it again.’ You can say, ‘Yes,’ but they can see it on your face that you really don’t know what you’re doing, and they’re going to go back over it again,” she said.

Brown is considering joining the Air Force National Guard: “There are teachers at Maranathan who will actually buy an [Armed Services Vocational Aptitude Battery] (ASVAB) book for you to study and get flash cards for you to actually study—out of their own pockets.”

Classmates feed off one another, too, Brown said.

“I love helping them. They help me in so many ways. I’ve never been a judgmental person, … I’ve also had the mindset that people can change, and now I see that people really can change.”

During her time at Maranathan, Brown’s confidence has grown, as has her relationship with God. 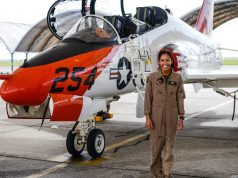 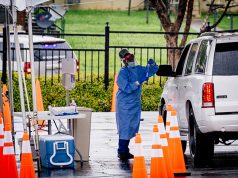 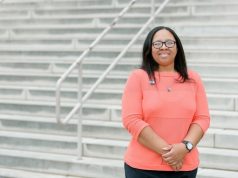