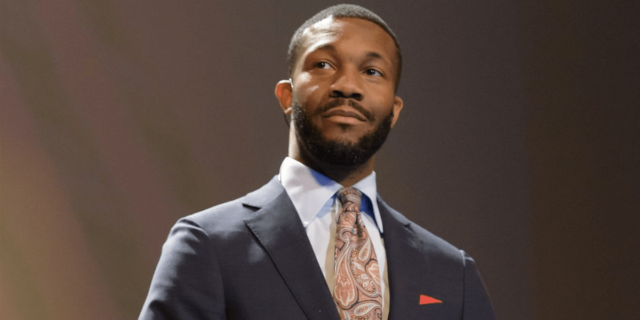 Birmingham Mayor Randall Woodfin announced on Tuesday that he is opposed to a concrete company relocating to Five Points West from downtown.

Last week, the City Council on Tuesday unanimously passed a resolution opposing the relocation. On Tuesday, Woodfin joined the council and neighborhood residents in fierce opposition to the move.

“As the mayor of Birmingham, I don’t want Sherman Industries concrete company relocated to the West End,” he said emphatically.

Woodfin said he also wanted to “set the record straight” on information that has been distributed about his office in connection to Sherman Industries. “I, nor anyone from my office, have met with Sherman Industries and the first time my office had contact with the company was on May 1st of last week when they reached out to us via email and requested a meeting,” said the mayor.

Woodfin said the concrete company also has not followed the proper steps in doing business in the city. “They have not met with me or anyone in my senior staff,” he said.

Woodfin did say he supports a public hearing, but that is just a first step. “I am in no position nor have the power to rezone that area but you do,” he told councilors, “and I believe it is incumbent upon all of us to unite and protect our residents from environmental injustice of any kind.”

The Jefferson County Department of Health (JCDH) will hold a public hearing at the CrossPlex at 5:30 p.m. on Thursday, June 6.

Walladeen Streeter, Bush Hills Neighborhood Association president, who lives in the area, said her residents will need help from the mayor and council.

“We on the western side of town, do not welcome Sherman Industries to our community . . . our health is very important just like yours and theirs,” Streeter told the council. “They show no concern to the citizens of the western area and we’re very upset about that because we are human… and they’re bringing the problems to us. We have children all around that area, we have new restaurants coming and the smoke, the dust goes right out there to them. We need you and we’re asking you to support us in every way that you can to stop that from happening.”

In a statement reported by AL.com, Kurt Milliman, Vice President and General Manager of Sherman Industries, said the company, “is committed to operating in a safe and responsible manner. We intend to be good neighbors and comply with all safety and environmental regulations that protect the health and safety of our employees and neighbors.”

Alabama is only one of eight states without a lottery and last week, the Alabama Senate passed a bill that would allow for a state lottery. It iss now waiting for a vote in the House of Representatives.

Most lotteries across the county have money earmarked for education. Under Alabama’s proposal, the proceeds from the lottery, after administrative costs and payouts, would go into the state’s Trust Fund and General Funds.

Alabama is currently ranked 47th in the nation for education and estimated annual revenue from the lottery will be roughly $167 million.

“Here in Birmingham, I think it’s important to look at the additional needs we have when it comes to education, when we consider less than 20 percent of our students are reading at grade level and while Alabama has the number one pre-K program in the nation, all children don’t have access to it,” he said.

Council President Valerie Abbott said, “We talk about workforce development, jobs and our youth and this bill does nothing to help our youth with education. We have so many young people who can’t read at grade level and we do have a wonderful, nationally-recognized pre-K program that’s not available to all children in the state, so to me, this is an important thing.”

The council plans to send its resolution to Montgomery before the House votes.