FRIDAY
9TH ANNUAL TAILS IN THE TRAILS at the Birmingham Zoo.
SAXOPHONIST DWIGHT HOUSTON at the Perfect Note. 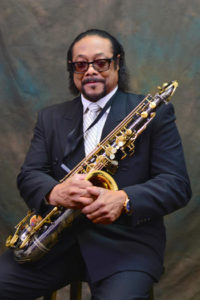 WEDNESDAY
LIVE JAZZ, at The Marble Ring, every Wednesday, 430 41st Street South, Suite B.
WINE DOWN WEDNESDAY, every Wednesday at 30/40 Hookah Lounge.
WINE AND JAZZ at the Perfect Note.
DEXX, PRIMEVAL, SMOKE D, JAYDEE, and NICK JAY at The Nick Rocks.
J. S. ONDARA and ADAM MELCHOR at Saturn.

FOR FOOD LOVERS
ZANZIBAR BAR AND GRILL – If you love good ethnic food, then Zanzibar Bar and Grill is the place to go every Saturday night. Get your groove on with all kinds of favorite foods from Africa, Caribbean, and more. Enjoy music of all kinds including Caribbean, Soca, African, and Reggae.
PEPPER PLACE MARKET, 7 a.m. – 12 p.m.

FOR ART AND PERFORMING ART LOVERS
SLOW ART SUNDAY, 2-3 p.m. at the Birmingham Museum of Art.
ART ON THE ROCKS – Art on the Rocks at the Birmingham Museum of Art kicks off in June with visual and performing arts from live music and DJ dance parties to artist demos and interactive mural making. The dates are: June 14, July 12 and August 9, 7-11 p.m.
AFRICAN HERITAGE FESTIVAL – The African Heritage Festival is June 22, 10 a.m. – 2 p.m. at the Birmingham Museum of Art. Celebrate vibrant traditions and cultures of regions throughout the African diaspora at the BMA’s free-of-charge African Heritage Festival. This family-oriented festival honors African heritage through art, crafts, music, dance, and more. Featuring a powerful performance by Atlanta-based African drumming and dance group Giwayen Mata.

FOR THE COMMUNITY
SPECIAL ELECTION IN BIRMINGHAM – The Birmingham Election Commission has set October 8 as the date of a citywide referendum to renew ad valorem taxes for Birmingham City Schools. For more, call Birmingham City Council, (205) 254-7726.

FOR BOOK LOVERS
BOOK SIGNING – MY LIFE WITH CHARLES BILLUPS AND MARTIN LUTHER KING: TRAUMA AND THE CIVIL RIGHTS MOVEMENT by Rene Billups Baker, Tuesday, May 28, at the Five Points West Library, 5- 7 p.m. Rev. Charles Billups displayed pivotal leadership during the climax of the civil rights movement Martin Luther King’s campaign in Birmingham. Little of the Billups’ story has been told until recently by his daughter Rene Billups Baker as she relates his torture by the Ku Klux Klan. Billups Baker reveals his participation in King’s key strategy sessions at the Gaston Motel.

FOR LOVERS OF THE OUTDOORS
BOTANICAL GARDENS SUMMER CAMP- Children’s Summer Camps will return to the Birmingham Botanical Gardens, June 3 – August 2, and will feature half- and full-day camps that explore gardening, cooking, art, and more for age 4 through rising 9th graders. The camps, an educational initiative of the Friends of Birmingham Botanical Gardens, are designed to promote creativity and the joy of discovery in the unmatched natural setting of Birmingham Botanical Gardens. Registration is opened to the public. Visit bbgardens.org/summercamps or call 205.414.3950 for more information and to register.
SATURDAY DAYHIKE, 8:45 a.m. – Southeastern Outings Kayak and Canoe Trip on the Elk River near Elkmont, Alabama – DETAILS: The section to paddle is easy with no obstructions and is a scenic stretch of river located in a very rural area. Novice canoeists may come on this trip, but each one must be partnered with an experienced canoeist in their boat. Call Fort Hampton Outfitters 256/431-8988 to reserve your rental kayak with Southeastern Outings on June 1. The outfitter has no canoes and only 19 one-person sit-upon kayaks, 1 one-person sit in kayak and 6 tandem sit-upon kayaks for rent, reserve early. The outfitter will take you and your rented boat to the put in and meet you at the take out, so you will never need to transport your rented boat at all. You may bring your own canoe or kayak on this trip, but you must pay the outfitter to shuttle your privately-owned boat. Shuttle fee and life jacket are included in rental boat fee for those who rent kayaks from the outfitter. Children age 10 and over welcome. After the kayak/canoe trip we plan to go for dinner at an excellent restaurant in Athens, Alabama. If you would like to have dinner at the restaurant after the kayak and canoe trip, bring your things to clean up with and a change of clothes. Meet at 8:45 a.m. at the Hayden/Corner Park and Ride. Plan to depart at 9 a.m. Reservations Required: You must call Dan Frederick, 205/631-4680 or emailseoutings@bellsouth.net if you plan to come on this kayak and canoe trip. You may leave a message on Dan’s voice mail if you wish.

appearances on NBC’s Last Comic Standing (Seasons 6 & 9) and The Late Late Show with Craig Ferguson. For three years Drew was the opening act on Rodney Carrington’s Laughter’s Good Tour playing countless theaters, arenas and casinos throughout the U.S. and Canada. Drew has also opened for notable musical acts such as Salt N Pepa, Boyz II Men, Chaka Khan, Al Green, Jeffrey Osborne, Tito Jackson, M.C. Hammer, The Temptations, Morris Day and The Isley Brothers, just to name a few. He’s also appeared at over 75 Colleges and Universities. In addition to performing, he also produced two successful comedy series at California’s Morongo and Chumash casinos. You can currently catch him on Gotham Comedy Live, Laughs on Fox and Comedy All Stars on Pure Flix or at a Comedy Club near you. His work ethic is above par and he continues to grow as an artist. He mentors young comics, does private comedy coaching, and still makes time to take acting classes and maintain a personal life.

FRIDAY AND SATURDAY…COMEDIAN CEDRIC THE ENTERTAINER… Over the course of a career spanning 30 years, Cedric the Entertainer has solidified his status as one of the world’s premier

performers. In July 2018, the actor and comedian was honored with a star on the Hollywood Walk of Fame. In addition to starring in and executive producing THE NEIGHBORHOOD, Cedric currently appears in the hit TV comedy “The Last O.G.,” starring Tracy Morgan and Tiffany Haddish. Previously, he starred in “The Comedy Get Down,” a mockumentary series inspired by events that occurred behind the scenes of the comedian’s successful stand-up tour of the same name, with George Lopez, D.L. Hughley, Eddie Griffin and the late Charlie Murphy.
SUNDAY… COMEDIAN TONY ROBERTS…A favorite of club owners for his improvisational skills and quick wit, Tony has toured the nation with his stand-up comedy in all the major night clubs across the country. Tony has also toured nationally with the stage plays, If these Hips Could Talk and Ain’t Nothing like Family. He has also toured internationally with his stand-up comedy, one of his more notable accomplishments was a 2009 nomination from the UK for Best International Comic. Tony has also made numerous television appearances on HBO’s Def Comedy Jam, BET Comic View, and Showtime at the Apollo. In 2010, his one hour comedy special, Wired, aired on Showtime. He has also appeared in B movies like Damon Dash’s Death of a Dynasty, A Get2gether, and Durdy Game.
MONDAY…KARAOKE NIGHTS WITH RICKEY SMILEY… Birmingham’s own, Rickey Smiley is taking over the StarDome on Monday nights. Come join Rickey, his band and whatever else he has up his sleeve as he brings Karaoke to a whole new level.
NEXT FRIDAY AND SATURDAY… COMEDIAN HENRY CHO…
HOT NEW MUSIC…
NEW ALBUM! NEW ALVIN! –  Grammy-Nominated Singer-Songwriter, Alvin Garrett, is celebrating the release of his latest album, “This HILL”. After several years of climbing and grinding with his breakout hit single, “By Myself,” the Grammy-Nominated songwriter, Alvin Garrett, is inviting everyone to join him on “This HILL.” Garrett’s sophomore album truly captures this Alabama boy’s old soul and takes you on a neo-vintage journey through his musical mind and life. The title song and lead-off single, “This HILL,” pays tribute to the lessons he was taught growing up, which helped shape his relentless spirit and pursuit of his goals. “Because of HOPE, I have the INSPIRATION to pursue what I LOVE at the risk of LOSS,” says Garrett. This singer-songwriter truly believes that attitude determines altitude; which he gleefully delivers with “Have A Good Time,” and the classic William DeVaughn hit, “Be Thankful For What You Got.” Alvin’s celebration of women and their unique and individual beauty is captured in the Prince-styled funk jam, “It’s You”; and he beautifully channels his inner Al Green with the gentleman-esque ballad, “What I’ll Do.” Garrett is joined by his good friend and recent Grammy-Award winner, PJ Morton, on the soul-stirring groove, “Wait.” The songs “Love Is Still The Answer” and “By Myself” prove that Garrett has no interest in escaping his Gospel roots. Get on “This HILL” with Alvin Garrett, and you’re sure to be inspired to keep climbing. 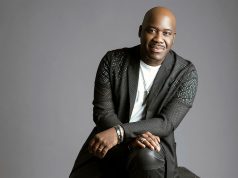 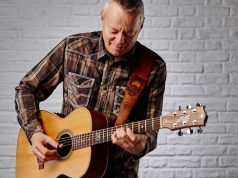