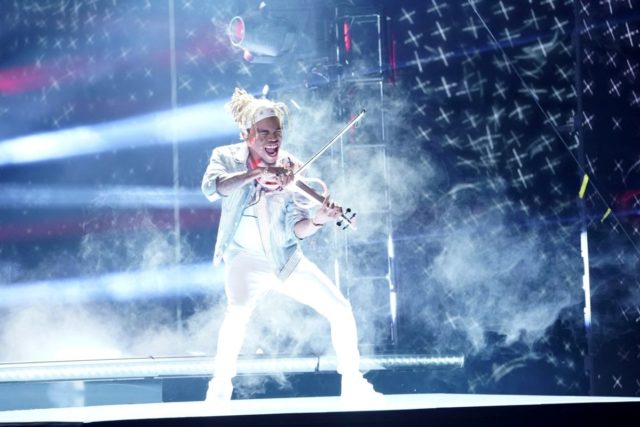 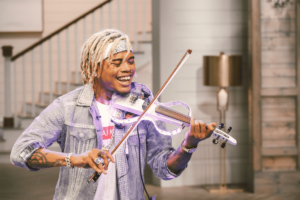 No one captured more hearts and inspired the judges and audience of America’s Got Talent than electric violinist Brian King Joseph during Season 13 of the show in 2018.

Despite living with a rare and very painful nerve condition called peripheral neuropathy, Joseph, or “The King of Violin”, made it all the way to the finals of the top rated talent show.

Joseph will be in Birmingham on August 3, at 7 p.m. in UAB’s Alys Stephens Center’s Jemison Concert Hal, his first time in Alabama.

He will perform and describe his own powerful story at United Ability’s 3rd Annual Journey of Hope. The event supports the advancement of medicine, technology, and therapies for people living with disabilities.

Earlier this month, Bham Now interviewed Joseph about his journey, America’s Got Talent and why the upcoming concert benefiting United Ability means so much to him.

At the start of the interview, we talked about his health and what he faces day to day.

“My nerves are dying,” he said. “What I mean by that, every single one of my nerves that matters, all throughout my legs, arms, back, they have been slowly deteriorating, since about six years ago. In my case it was an acute onset – it hit me very hard and immediately – I lost feeling in both my hands and my feet. And that continues to spread. It starts in your extremities, spreads throughout your body, eventually causing paralysis. It’s incurable. But I believe and hope eventually we will find some treatment and management.”

As a result of his condition, Joseph is in pain 24/7. He describes it as a high level of pain that burns and is like being stuck with pins and needles.

Constantly playing violin is an exercise that gives Joseph a chance to fight back, he said.

“All that being said it is simply an obstacle. I’m just blessed to have an outlet that not only fills my heart, but also allows me to be physical. If it weren’t for the violin, the adrenaline and feeling and how much I love it, inadvertently, it saved me. When I play its magic.”

If you are a follower of America’s Got Talent, last year’s final show, you got to witness how Joseph’s health nearly kept him out of the final show.

After rehearsing a duet with fellow violinist Linsdsey Stirling, Joseph’s body in his own words, “locked up.”

Somehow, he played that evening

“Every time I look at that performance, I don’t know how. That day I went through the worst pain I have ever gone through. It was scary for me. God is so good. To look at what I’ve went through over the past six years, and I’m still here. He has pulled me through this – everything that has happened.”

Joseph described why performing at United Ability’s Journey of Hope Aug. 3 means so much for him.

“Everybody has a journey. My journey is to set out and inspire others to follow their journeys,” he said. “Because I found in following my journey, in following hope, and being positive and believing in the power of miracles, hope and striving forward, you can find salvation. I was saved in that way. By being able to follow my journey.”

Joseph said he sees parallels in his story and United Ability’s Journey of Hope event.

“I really want to be a beacon of light – to show other people it can be done. It is not easy. Everyone at United Ability, they understand that. They know life is not easy. For them life is a series of challenges. For them, they may feel I’m lesser, I’ve felt that way. I want them to know it really makes them stronger. They are my inspiration, They are my heroes. I just want to elevate and lift them up.

Music saved my life. I want to use it now to save other people’s lives.”

Open to the public, celebrate and connect with United Ability at the 2019 Journey of Hope on August 3, 6 p.m. at UAB’s Alys Stephen Center.

Kim Scott: From Birmingham to Top of Billboard Charts