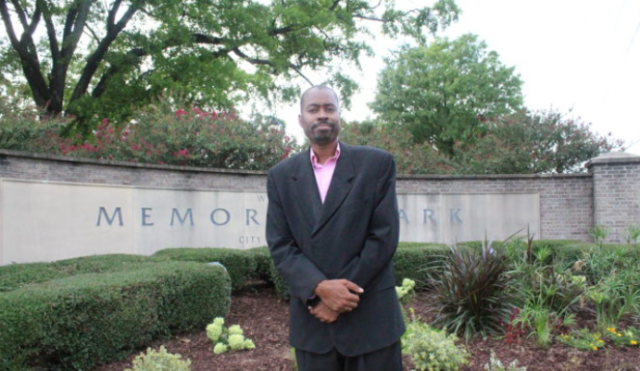 Beverly Varner remembers Titusville—her neighbors, the homes, children playing outside. She and her family moved to North Titusville when she was born in 1941. “I left, and I lived in other places [in Alabama, like Huntsville and Tuscaloosa, as well as other states: New York, and Minnesota],” she said. “I came back home in 1990 to take care of my mother.”

“I miss all the people I knew over the years. There are vacant lots and abandoned houses, … [and] I think it’s just a shame. I grew up in this neighborhood, so I remember back in the day [that there were] very few jobs, [there was] very little money, people [were] just sort of poor together. … To see the houses being abandoned is kind of sad.”

Now, Varner is excited about the redevelopment being done in Titusville, efforts that will make the community vibrant again.

“[It will be great] just to not have to see the blight every day, the vacant lots and abandoned houses,” she said. “Our property values have decreased significantly over the years, so I’m sure [the redevelopment is] going to cause … some increase in the value of the property. It’s going to be good for us all around because [without the improvements], I can’t see where we’re headed from here except total decay.”

Another resident, Dellarie Hamilton, 65, has been living in North Titusville for about 30 years; she moved to the community from Childersburg in 1989. She enjoys where she lives, partly because of its proximity to her job at UAB. Another plus, she said, is having DC BLOX in the area.

“I’m having people calling now, … wanting to buy my house,” she said. “DC BLOX is here, so that’s going to bring more job opportunities. … They’re supposed to open up more positions, and I think that will help people in the neighborhood a lot.”

“I Will Die Here”

John Harris, 70, has served as president of the North Titusville Neighborhood Association since 2002—and has lived in Titusville his entire life.

“I was born here. I will die here. Before I leave this earth, though, I want to see this neighborhood where it ought to be,” he said. “That’s why I … push so hard and continue being neighborhood president. … It’s my passion.”

The revitalization in Titusville is an opportunity to put the neighborhood on the map and bring stability, he said, calling attention to the University Crossings (a merger of King Manor and Montevallo Gardens) and the Villas at Titusville (formerly Loveman Village) apartment complexes. Harris is excited about both, but, he said, “What we’re most concerned about is money. It’s going to cost money to do all of this.”

Most of the funding is coming from public-private partnerships that include the city of Birmingham, the U.S. Department of Housing and Urban Development (HUD), the Titusville Development Corp. (TDC), and other equity funding partners.

Keith Williams, 45, vice president of the North Titusville Neighborhood Association, said residents have kept him in the community for the past four decades.

“It was like a village raising a child,” he said. “I have grown attached to the people that live in North Titusville so much that I decided to run for neighborhood office.”

Williams was elected vice president in 2018 and started his term in January 2019. He and Harris work side by side on the neighborhood revitalization “because … it is one of the main neighborhoods in the western part of the city of Birmingham, and it has the most severe blight.”

“For the past two and a half years that I’ve been a member of the neighborhood association, I have worked closely with [Harris] to address the issue of blight,” Williams added. “So far, we are [in the midst] of a multimillion-dollar neighborhood-revitalization project.”

Like many residents, Williams pointed to the opening of DC BLOX: “This is a symbol of the vision of North Titusville, and it is bringing an economic giant to the city of Birmingham.”

What’s good for North Titusville is good for the entire community, said South Titusville Neighborhood Association President Jason Freeman, 39, who has been in the role for the past six months.

Freeman was born and raised in South Titusville. He moved to the Belwood community in Fairfield for his last two years of high school, 1996 to 1998, and then left for college. His family moved back to Titusville in 2003, and he made sure he returned. The parents of many of residents his age went to school together, and their families know one another.

“When you have those dynamics, that brings a sense of family and community,” Freeman said. “All of us grew up together, and our kids are relatively the same age. That just kind of keeps it going.”

“I think that side definitely needs the focus [and] the attention first,” he said, adding that he is excited about new housing sites, such as University Crossings and the Villas at Titusville.

“I think Titusville will now be a destination for people—med students, UAB students—that want to stay close to downtown, close to work, close to school,” Freeman said. “I think those will bring in a lot of people, so I’m excited about that.”

For South Titusville, he explained, the redevelopment process will be different because they don’t have as much land to work with.

“We’re kind of just a middle-class neighborhood where people [are] holding on to their houses,” said Freeman. “In South Titusville we need services more than redevelopment, even though there are some houses that definitely could use some work.”

South Titusville needs facilities for senior citizens, and it needs schools. Holy Family Cristo Rey Catholic High School, a private school, recently purchased property in Titusville in May and recently moved in for the school year.

Freeman added that the renewals will put Titusville in a better light.

“We’re on one side of the Southside,” he said. “On the other side you have Avondale, … a hip, trendy area. They have a lot to work with, a distinct downtown, storefronts. Those are the kinds of things I wish we had.

“I want us to find a way to make ourselves that trendy place to live, … make Titusville feel like a place to not only play but also work and live.”