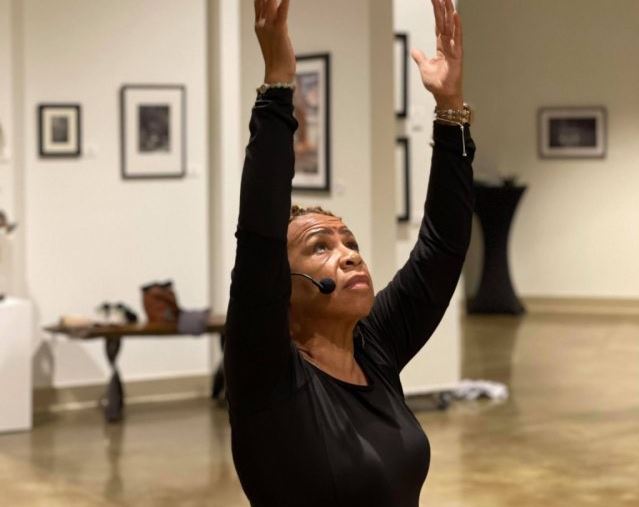 Studies prove that anxiety, stress, depression, heart disease, and other ailments affect Black people disproportionately compared to other ethnic groups, but the statistics rise alarmingly when it comes to the health of Black women. Because of the many external and internal social stressors—racism, sexism, socio-economic issues—Black women do not have space to accurately practice self-care in a way that is safe and fulfilling for them.

Now with wellness becoming a trillion-dollar industry, many Black women have come to create spaces that are inclusive and safe, particularly when it comes to yoga. There are trap yoga studios, hip-hop yoga studios, and platforms that cater to women of color.

There is a new generation of Black women who are taking the lessons from the women before them and redefining their ideas of wellness in innovative ways. But this isn’t a new phenomenon; there is a reason why Black women have been increasingly turning to yoga since its popular emergence in the 1970s.

Yoga has a complicated history with race and appropriation, and much of today’s imagery still centers around that of a white woman in an asana, or meditative posture, but Black women’s reliance on the practice as a healing tool goes back decades. In a 1975 Ebony article, “Yoga: Something For Everyone,” writer Stanley Williford addressed the relatively new phenomenon, where an increasing number of African-Americans were turning to yoga as a meditative practice, to retain lucidity and heal from the injustices that ailed them.

Krishna Kaur, a Black pioneer in Kundalini Yoga highlighted in the piece, attested that by practicing yoga, Black Americans could find amity and restore a sound mind from the centuries of anguish they’ve faced. Kaur believes that the fight for freedom and societal development begins with yoga: “The revolution is really one of the mind. Blacks have got to realize where the power really is. The struggle is not on a physical level. It is on the level of the mind.”

Angela Davis, one of the most prominent figures mentioned in the Ebony article, spoke about practicing Hatha yoga and how the practice gave her a sense of peace after her 1970 arrest: “I have never used yoga as an end in itself but merely as a means for preparing myself for a more effective struggle. As a result of yoga I am more energetic,” Davis said. “I am able to appeal to people and to organize them to do the kinds of things that are vital to our freedom.”

Davis has been an ardent yogi for decades. Her understanding of how oppression can destroy not only the mind but also the body gives way to a newfound realization that using spiritual practices as a means of pushing back against unjust systems could result in revolutionary change. Davis started doing yoga in jail when she was arrested in 1970. After being in solitary confinement for several weeks, she started to practice yoga to keep her sanity.

The Need For Self-Care

In 2018, she told Amy Goodman at Democracy Now! about how the experience changed her: “You know, later, I started to do yoga in jail. I had never heard of yoga. I mean, there weren’t even any yoga mats at that time. There was no such thing as the yoga industry. But I developed a yoga practice when I was there. I learned—I learned a lot from the women. I learned about the need for self-care.”

When it comes to combating depression and anxiety in the Black community, often the solution has been—for those who are religious—to pray away any mention of mental disease. But Rosa Parks, Civil Rights leader and fierce advocate for mental health, believed in incorporating holistic health practices into her daily life. In the book Our Auntie Rosa: The Family of Rosa Parks Remembers Her Life and Lessons, Parks’s 20 nieces and nephews detail Rosa’s acknowledgment of the positive effect yoga had in her life.

In the book, Sheila McCauley Keys recounts her aunt’s love and practice of yoga and her desire to introduce it into Black spaces: “She’ll answer the door wearing yoga pants. The exercises help clear her mind, the stretches keep her body limber. In her space on the floor, she takes sanctuary, be it a studio under the voice of an instructor or in the sunlight of her living room. Inner peace and clarity have always been important to her.” Rosa Parks allowed herself to be enlightened, to evolve spiritually in order to live a longer and fuller life. She has a history of encountering brutality, and yoga was one of the ways in which she kept her sanity.

What our Black women elders understood of self-care is that it is not individualistic; self-care is an effort only successfully accomplished through the community. Raising consciousness about the importance of radical self-care can only occur through communities opening up these discussions.

Black women have felt the combative forces of the world against them, and historically, have sought solace and community amongst themselves. It’s the reason why the Rosa and Raymond Parks Insititute for Self-Development implements yoga in their program, and why prolific Black women writers like Toni Morrison and Toni Cade Bambara help each other with child care so that they are given the space to write and be creatively free.

Over the past couple of years, yoga studios have popped up across the country, with more than 36.7 million people practicing yoga. But more than 85 percent of those who do practice identify as white according to a 2012 study in Yoga Journal.

While yoga practitioners remain largely white in the U.S., according to a 2015 National Statistics Report, the percentage of Black yogis has increased from three percent to more than five percent since 2012—more Black men and women taking up space in a practice has long struggled with diversity. Black yogis who have either felt dismissed or unsafe in white spaces decided that they would open up their own business, assuring that the practitioners they hire are also people of color.

Octavia Raheem, a Black yoga teacher based in Atlanta, is just one of the many Black yogis across the country committed to promoting diversity and safe spaces for people of color to practice yoga. She co-owns the yoga studio Sacred Chill with Meryl Arnett.

One of the many reasons she decided to open her own studio was because she wanted to set an example for her three-year-old son and to allow other Black women to access the freedom they have within them: “My work as a yoga professional allows me to access freedom in my body, breath, and being. Freedom that many of my ancestors didn’t know. I do all of my work—retreats, mentoring, leadership training—in honor of all my people who were denied the taste of their own labor.”

The studio, founded in 2016, welcomes all patrons and works to make sure that their business—practitioners and teachers—reflect the diversity seen in the Atlanta community. Octavia has been practicing yoga for over 16 years, but never encountered a significant amount of Black and brown yogis until she opened up her studio almost four years ago. “It has affirmed to me that when Black women and marginalized folk have access to leadership and ownership in yoga and wellness spaces, it radically transforms the culture. And [it] creates access for so many others to come to the practice.”

But creating these spaces isn’t easy. For Black yogis, experiences of racism and sexism in the industry can be discouraging. For Octavia, she was tasked with teaching yoga and cleaning the studio at one of the first studios she taught. “I was the only Black woman. None of the other teachers did that. I’ve always had to do so much more than teach in order to be retained as an instructor in other yoga spaces.” There are many barriers that come to even open a studio, but the best way to invert and diversify the yoga industry is by investing in the studios and retreats of Black yogis who are doing the work.

Yoga goes hand in hand with self care because of its communal and collaborative ideas of what it means to be spiritually aligned with one’s self both politically and physically. When we look back at history and view Black women such as Rosa Parks and Angela Davis, who were and are doing the work, we can be easily inspired to do the same and stretch ourselves thin. But as these historic Black women tell us, and as our continued practice shows us, everyone needs time to reset and heal—and yoga is one way to do it.

This story appeared originally on www.wellandgood.com