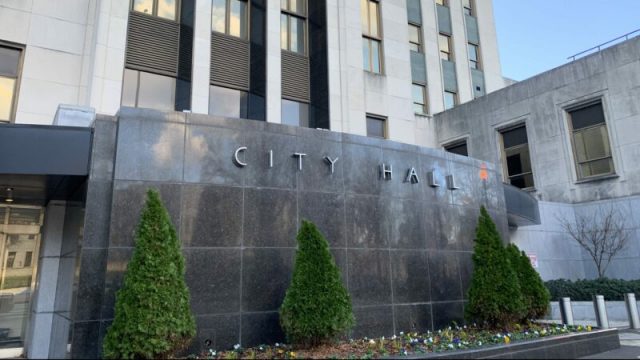 Birmingham City Councilors are mostly eager to spend the remaining $35 million in federal COVID relief money which is geared toward economic development, transportation and public safety, among other areas that include $1 million for each district.

The council’s Committee of the Whole voted last week to spend the $35,100,835 remaining from about $141 million from the first half of American Rescue Plan (ARP) Funds, and the full council is expected to vote on the expenditure as soon as Tuesday.

Council President Wardine Alexander, who represents District 7, said the ARP funding is going to be “transformative” for the city.

“I know that the councilors, and the mayor, wanted to be very strategic in where we put those dollars towards providing services for our community,” Alexander said, “I’m very encouraged by the different categories, and how we want to spend that money, because it does meet some immediate needs, as well as long-range needs for our community.”

She later added, “It wasn’t just the mayor feeding us his list of projects, but it was projects that we all feel will help each of our nine districts and the city as a whole.”

However, Councilor Valerie Abbott, who represents District 3, said much of the money is targeted toward “frivolous” things.

There are federal guidelines for how to use the money.

Abbott added, “Those of us who routinely attend our neighborhood meetings, now we got an earful” about need in the community.

Councilor Darrell O’Quinn, who represents District 5, said allocating the money, after a previous unsuccessful attempt in July, was a relief.

“We didn’t intend for that money to not be put to work,” O’Quinn said. “There was a sense of urgency in wanting to get that moving and utilized for the purposes it was intended for.”

“This is a probably…I don’t like using ‘once-in-a-lifetime,’ — but extremely rare occurrence — to get this kind of additional funding from the federal government, and we’ve really, really, really have got to be cognizant to make sure that across the city, every district sees significant impact,” he said.

Councilor Hunter Williams, who represents District 2, agreed that the federal dollars provide a unique opportunity for city officials to agree on the needs of the city.

“It’s important that we point out that the council and mayor are seemingly on the same page and that there is a real cohesive overall attitude, with everybody knowing that we have some issues, and we have some voids we have to fill,” Williams said. “Transportation is one of them, gun violence is one of them, stormwater is a big problem that we currently are dealing with…there’s a lot of things that we have to tackle, and these funds yield themselves as a one-time possibility to be able to tackle these items.”

A council committee voted last week to use remaining the $35 million from the first half of the funds in the following areas:

O’Quinn said he was particularly happy with various aspects of the $17 million for community and economic development. Under those dollars are numerous items which receive $1 million or less, but O’Quinn said the items could help with getting future federal support.

“Even though some of these projects, like the affordable housing and the homelessness and the small business support, even though they may be seemingly small,” O’Quinn said, “they’re going to set us up to be competitive for additional support down the road.”

Council President Pro Tempore Crystal Smitherman, of District 6, pointed out the importance of setting aside money for community-based public safety. While the city has attempted to improve policing, Smitherman said little has previously been done for community outreach.

“I think to address crime, it has to be two-fold, and I think [community response] is the second fold that the city hasn’t been able to address yet,” Smitherman said, “so I’m very, very excited to get this going.”

The HVIP program will connect some victims of gun violence to drug rehabilitation programs, relocation assistance and a variety of other resources.

“It’s been proven in other cities around the country that [HVIPs] really help people because a lot of times people will get shot, and then they’ll get released from the hospital without any follow-up,” Smitherman said, “without any resources for them to be able to maybe move to a different community or even just to help their families.”

As part of the allocation, each of the nine councilors will receive $1 million for their respective districts.

Councilor Carol Clarke, who represents District 8, said she’s willing to put more money toward JCDH’s HVIP and other problems in her district that include “blight elimination” and redeveloping “underutilized and vacant land.”

Woods said city government is waiting on clearer federal guidelines for how to use the money. As the money is part of a national COVID relief, local officials are still working to understand the limits of what the relief money can be spent on.

If allowed, Woods said he’s thinking about using his district’s money for the Huffman ballpark.

“A lot of kids from my district spend most of the year out there playing baseball and football. [The ballpark] is in need of some upgrades, parking lot, light,” he said. “We think that location could potentially develop into a significant sports complex where you’re hosting baseball and softball tournaments year-round.”

Abbott said the $1 million given to each district “won’t do much of anything on a major project” but might be enough to repair flooding problems for some in Highland Park.

Williams said his $1 million would help fix drainage issues and areas like South Roebuck Park. The Councilor said he wants to fill “voids” in his district that would not normally be filled without federal money “that wouldn’t be around during a normal budget cycle.”

Councilor LaTonya Tate, in District 9, said she wants to “center” the voices of her constituents, on how she uses the money in her community.

“Even though I live in the district, I don’t live in all of the neighborhoods…” she said, “I would definitely have these community conversations with neighborhood presidents and the leaders of the neighborhoods and constituents just to see how we can best apply these funds to get the ball rolling in the right direction.”

In her district 7, Alexander said she wanted to focus on “quality of life” including addressing flooding problems, improving parks and building up “snaggletooth neighborhoods.”

“We’ve done a good job of tearing down homes, but now we need to go linear, and we need to put new homes in those spots,” Alexander said, “so I want to work with the mayor’s team and work with other agencies where we can do affordable housing and do some relief there.”

Efforts to reach J.T. Moore in District 4 were unsuccessful.