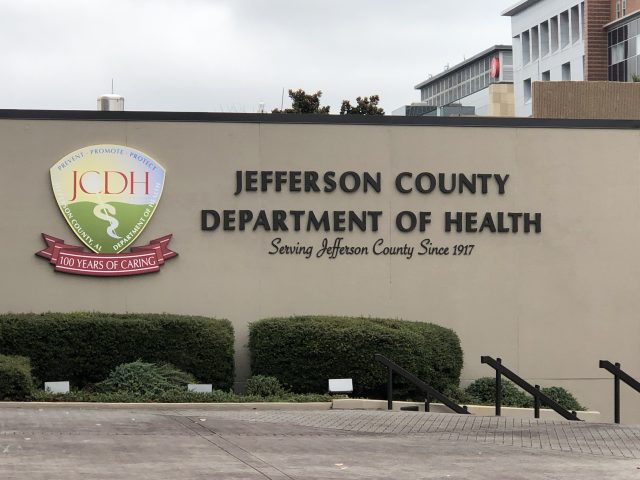 Six people were shot to death in Birmingham over the weekend — two on Sunday and four others on Saturday — which prompted a rare weekend statement from Police Chief Patrick D. Smith.

“Our prayers and condolences go out to each family, who has been impacted by this useless and unnecessary violence,” he said on Saturday. “We will continue to investigate to seek justice for each victim and their family members. I want each resident to know that the Birmingham Police Department will continue to implement measures to reduce and prevent violence in our neighborhoods.”

The violence comes as Jefferson County Health Officer Mark Wilson discussed with the city a new hospital-linked violence intervention program (HVIP) that could break “the cycle of violence,” he said.

Wilson proposed using $2.1 million from the American Rescue Plan (ARP) Funds for the program, he told the Council’s Committee of the Whole last week.

The first year of the program would be fully funded by the Jefferson County Department of Health (JCDH), and the $2.1 million from the city would help fund the project after the first year, said Wilson.

Carrea Dye, an analyst with JCDH, said violence victims who don’t use an HVIP are six times more likely to be hospitalized from “violent re-injury.”

Wilson said the program would give victims access to case management services directly through hospitals. The case managers, he said, are normally multi-discipline experts who provide “trauma-informed crisis intervention.”

However, he also made clear: “We’re not pretending this as an end-all that’s the end of violence or the only way to prevent violence. It is only one part of what needs to be a multi-pronged strategy, but it can coexist and complement other violence prevention programs.”

After connecting with a case worker, Wilson said shooting victims may also get access to longer term case management, as needed. That could include being linked to drug rehabilitation programs, mentoring or relocation services.

The four goals of the HVIP are:

The program would not be run directly by the health department, Wilson said. “We feel that it needs to be a community-based organization that has a little more flexibility, and frankly, maybe more trust than a governmental entity.”

The hiring, training and oversight of the HVIP would be handled by a community organization, he said. As of yet, no organization has been named to run the program, but Wilson said JCDH will solicit names of groups.

To promote trust, Wilson also said the program will start out “very slow,” with the target case load being 15 to 25 victims per worker per year.

City Councilors signaled support for the program. “It’s been proven in other cities around the country that [HVIPs] really help people because a lot of times people will get shot, and then they’ll get released from the hospital without any follow-up,” Council President Pro Tempore Crystal Smitherman said, “without any resources for them to be able to maybe move to a different community or even just to help their families.”

Councilor Hunter Williams said he is “hopeful that” the program helps in stemming the violence.

“A lot of people say that they do community-based violence intervention programs, but some of the people that say they do them have varying degrees of both expertise and experience doing it,” Williams said, “so I think it’s important that we that we have a program that has measurable goals.”

Williams said the city’s partnership with the Jefferson County Department of Health (JCDH) and the University of Alabama at Birmingham (UAB) makes him feel more confident in the program.

The weekend slayings brought the city’s homicide total to 120 this year, AL.com reported. Birmingham ended 2020 with 122 homicides, the highest number of killings in 25 years.

In his statement Saturday, Smith also said, “We have seen tremendous success so far this year, by removing over 2,500 firearms from our streets, opening our real time crime center and appropriating new technology to curtail crime, but we all know this is not enough. Remember, as a police department, we cannot do this alone.

“We need all community members to remain vigilant community partners, who are willing to work with the police department to provide the necessary information to resolve each incident of crime.

“I am urging anyone with information about aforementioned crimes to come forward to provide police with the necessary clues to resolve each case. If you have information and would like to remain anonymous, please call Crime Stoppers at 205 254-7777, or if you would like to speak with a homicide detective, please call 205 254-1764.”