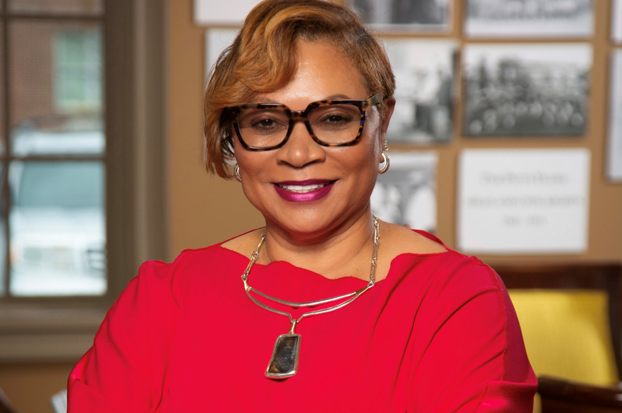 The Miles College Board of Trustees has voted to extend the contract of President Bobbie Knight to run through May 2024.

Knight began her tenure at Miles College in August of 2019 as interim president before being voted permanent on March 5, 2020. She has guided the institution through the COVID-19 pandemic and brought the total enrollment above 1,500 for the first time since 2017.

“Miles is fortunate to have President Knight at this crucial time,” said Trustee Board Chair, Bishop Teresa Jefferson-Snorton. “Her strategic approach to goal-setting, her extensive corporate experience, and her warm and engaging personality are assets that have already benefited the college. We look forward to new initiatives that she will launch to assure Miles College students receive a quality education and college experience.”

During Knight’s tenure as president, the college has experienced two consecutive years of enrollment increases. Also, under Knight’s leadership, the college has had an increase of over 500 percent in private gifts and more than 1100 percent in public and foundation gifts. The college also increased its endowment to an all-time high and has been rated one of the top 10 most fiscally stable Historically Black Colleges and Universities (HBCUs) in the nation.

“I am grateful that the Board of Trustee is allowing me to reimagine Miles College in the years to come,” Knight said. “I also appreciate the trust they have conferred upon me, and I look forward to maintaining my commitment to Miles College and her students.”

A formal inauguration is being planned for Spring 2022. The pandemic interrupted original plans in 2020.

In 2019 Knight was elected as the 15th president, and first woman to serve at the helm of Miles College. Knight, who is a Birmingham native, retired in 2016 after more than 37 years with Alabama Power Company.

Although retired from her professional career, Knight continues to use her business acumen as CEO of her own company, Bobbie Knight Consulting, LLC. She also serves as Chair of the Board of Managers for the Birmingham Times Media Group. In 2018 Knight was appointed to the Birmingham Airport Authority (BAA) and was immediately elected as Chair by her colleagues. She continues to serve as Vice Chair of the BAA.

In 2017 Knight was elected to the Board of Trustees of the historic Miles College in Fairfield where she served on the development committee.  Also in 2017 she was tapped by then Birmingham’s Mayor-elect Randall Woodfin to serve as co-chair of his transition team.

Knight has earned recognition for her dedication to leadership with civic organizations, from championing the city’s downtown Railroad Park, to serving as chair of the board for the Birmingham Civil Rights Institute.