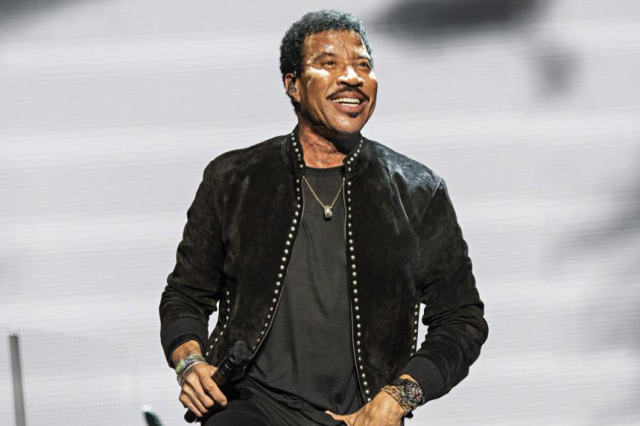 The Music of The World Games on Monday announced the addition of global superstar Lionel Richie and Tuskegee AL native to headline The World Games 2022 Closing Ceremony presented by Coca Cola, set for July 17th at Protective Stadium. This performance marks Richie’s first performance in his home state in over two decades.

“I’m honored to be joining all the talented artists performing at The World Games Closing Ceremony, and to be headlining the closing ceremonies is truly special. I am so excited to be coming home to perform in Alabama,” says Richie.

Serving as the grand finale of The World Games 2022 – One World-One People: Celebrating Legacy, Achievement & Unity – will commemorate The Games with performances and the opportunity for athletes, fans and volunteers to bid farewell to Birmingham.

Richie will headline the evening, joining iconic performers from the state of Alabama for a series of once-in-a-lifetime moments, including: the legendary group Alabama; a special duet between Blind Boys of Alabama and Jamey Johnson; Alabama’s American Idols Taylor Hicks, Ruben Studdard, and Bo Bice on stage together for the first time; the renowned Martha Reeves performing “Dancing in the Streets,” plus performances by The Voice’s mother/daughter trio Worth The Wait, gospel musician & 5x Stellar Award winner Pastor Mike Jr., and rising rap sensation Yung Bleu. The closing ceremony will cap with the ceremonial passing of The World Games flag to representatives of the 2025 host city: Chengdu, China.

Funk legend and Rock & Roll Hall of Famer Bootsy Collins will still serve as Master of Ceremonies for the opening and closing ceremonies and guide audiences through a musical and theatrical presentation celebrating the rich musical and cultural history of Birmingham, AL. Featured during each ceremony will be a series of performances and can’t-miss moments from some of Alabama’s biggest stars.

The Opening Ceremonies – set for July 7 at Protective Stadium – evening will be a colorful celebration of sport and Birmingham history. Titled Unlocking The Magic: Celebrating The Power of The One, this presentation will celebrate Birmingham’s past, present and future. Spoken word artist, musician, educator, and Birmingham native Sharrif Simmons will be delivering a poem in the opening ceremonies as well as performances by Alabama, Nelly, Sara Evans, Sheila E., Tony! Toni! Tone!, and Yolanda Adams.

Featured throughout both the opening and closing ceremonies will be The World Games 2022 official theme song, “Hope Of Alabama.” Available everywhere now, the star-studded track encapsulates the strength and power of a moment where athletes, teams, coaches, entertainers and fans from all different walks of life and cultures will come together with Birmingham, AL’s presentation of The World Games 2022.

Listen to “Hope of Alabama” here.