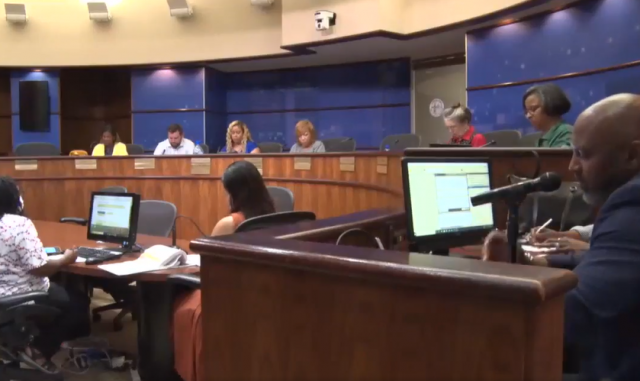 Just hours before The World Games (TWG) 2022 opening ceremony at Protective Stadium, last week, the Birmingham City Council on Thursday held an emergency meeting to give Mayor Randall Woodfin spending powers for the length of the Games.

On its website, the city said, “This action by the Birmingham City Council allows the city to streamline resources to provide for The World Games over the course of the 11-day period. This allows the city the flexibility to enter into agreements with other entities without further action from the council. This is a proactive approach to address any unanticipated needs throughout the event.”

At the emergency meeting last week Tracy Roberts, an assistant city attorney for Birmingham, said the item was written to give the mayor the ability to spend money on behalf of the city.

“It was intended to allow any funds that we have in the current World Games budget be expended, without coming back before the Council, for emergency contracts with private vendors as necessary for the World Games,” Roberts said.

Efforts to determine the amount of money in the World Games budget were unsuccessful.

“At this time (or at any time) this action is not being recommended by our emergency officials based on the information submitted. I am also not aware of any new intel that would merit doing this,” the spokesperson said, according to the television station.

Councilor Hunter Williams, former chair of the public safety committee, said the emergency spending item will significantly speed up the process for the city to receive support from other municipalities.

“The council declaring their own state of emergency gives us the ability to go to other municipalities and ask for things without the average of two to three weeks, where we have to have our council vote on it, then the other council that’s giving the [public safety and other equipment] has to also vote on it,” Williams told the Birmingham Times.

If equipment or supplies are needed quickly, the city will be able to react accordingly.

“Let’s say that a storm came through, and three [surveillance trucks] were blown down. They’re no longer functioning. This would allow the mayor, instead of going to us, to meet, ask the other municipality or government entity for it…” Williams said.

During last week’s emergency meeting with Woodfin, Councilor Carol Clarke sought clarity on whether the councilors would be notified if emergency spending was made by the mayor’s office.

“You [Woodfin] normally would come and tell us if you had to buy a new air conditioner under the emergency declaration, but by us approving this for this period, do you still have to come back and disclose it,” Clarke asked.

Woodfin replied, “The short answer is if money is spent, which we’re not saying it’s going to be spent, if something is spent based on what you approve today, we will share it with the council,” Woodfin said.

President Pro Tem Crystal Smitherman said in an interview with The Times she’s confident in the mayor’s administration to handle any money spent without council approval.

“I think the mayor’s office, and The World Games, they’ve done a great job in just the logistics of The World Games….Everything’s been going very smoothly. I’ve been very impressed. The venue’s look great, so I believe they’ll do what they say they need to do,” Smitherman said.

Don’t read too much into the “emergency” language in the item, councilors said. The World Games 2022 has been and will remain safe.

“We continue to talk with different municipalities for their help. We’ve got the sheriff’s office…I think we’re fine like the way you go through the checkpoint [to enter an event] is not easy to just go past, and the volunteers won’t let you,” Smitherman said.

The World Games 2022 has been given the U.S. Department of Homeland Security’s highest security rating for events, and Williams said the cooperation of all levels of law enforcement, led by the U.S. Secret Service, is staggering.

“This is the first time we’ve seen this amount of coordination between all of our federal agencies…down to state, county and local and the assistance of many agencies across the entire state of Alabama and surrounding states, as well,” Williams said.

“This is probably one of the safest places that you could be in the state of Alabama, and the Southeast, for that matter,” he added.