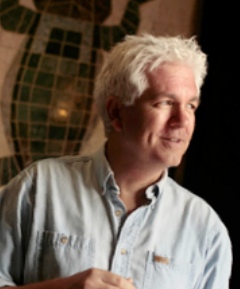 Indications are that an increase in the federal taxes on gasoline could occur this year.  Currently 18.4 cents per gallon, the tax has not changed since 1993.  At that time, the average price of a gallon of gasoline was $1.09.
Recent statements by the chairman of the Senate Transportation Committee, John Thune of South Dakota, indicate an increase is under consideration. In addition, there appears to be some bi-partisan support in the Senate for the action.
One initiative has been recommended by Republican Bob Corker of Tennessee and Democrat Chris Murphy of Connecticut. They have suggested an increase of 12 cents per gallon over the next two years. After that, future changes in the tax would be linked to inflation.
What is the motivating force for an increase, especially by Republicans who are generally opposed to tax increases? One factor is falling gasoline prices, now at the lowest level in years. The thought is that this might be an opportune time to raise taxes.
The major force driving the action, however, is the dire state of the nation’s infrastructure. To underscore its status, the American Society of Civil Engineers has rated the nation’s roads and bridges as a D plus.
Gasoline taxes fund most of receipts of the federal Highway Trust Fund (HTF), accounting for 63 percent of the total. The HTF was established in 1956 to provide a stable and secure level of funding for construction of the nation’s interstate highways. Estimates are that the HTF is looking at about a $100 billion shortfall this year.
Business leaders are generally supportive of the measure. The U.S. Chamber of Commerce, in particular, has been a vocal supporter of increased gasoline taxes.
Like most fiscal measures, there are trade-offs involved here. Some groups are opposing it because higher taxes would offset some of the gains associated with lower gas prices. They point out that this would penalize lower income individuals.
On the other hand, action must be taken to restore our crumbling roads and bridges. Many have reached dangerous levels. And the gasoline tax, the major source of revenue for the Highway Trust Fund, has not increased in almost 22 years.  In the interim, the purchasing power of that tax has declined by about 40 percent.