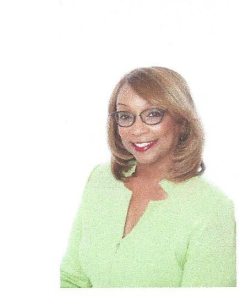 The United Negro College Fund (UNCF) organization created a very memorable impactful slogan several years ago. The slogan “A Mind is a Terrible Thing to Waste” has been used successfully as a branding tool to market the organization’s fundraising efforts which aid students attending Historically Black Colleges/Universities (HBCU).  This slogan has been successful for many reasons with one of them being its truthfulness. The truthfulness of this slogan came to my mind immediately when I heard of one of the latest schemes thieves are now using to invade people’s homes when occupied.

Home Invasion Scheme:  The scheme involves a woman approaching your home and ringing the doorbell during the day typically when older people are at home. Once someone answers the door, she tells them in a pitiful voice that she has just been put out of her home by her husband and needs a ride to a relative’s home. Note her accomplice is hiding close to the home’s entrance often in the shrubbery. The thieves have thought up at least three different angles based upon the homeowner’s reactions to the woman’s story.
a.    Angle One – If the homeowner opens the door to let the woman into their home, her accomplice will quickly rush and shove their way into the home. Attempting to use the element of surprise and brute force to overwhelm the homeowner and invade their home.
b.    Angle Two – If the homeowner doesn’t open their house door or opens the house door but, keeps their security door locked, if applicable, and tells the woman they are not going to assist her, the woman will then proceed to fall down in the homeowner’s yard yelling and screaming because she supposedly is so upset. The thieves hope the homeowner will open the door and come to her aid. This will allow her partner that’s hiding, an opportunity to invade the home.
c.    Angle Three – If the homeowner does not open the door, the thieves begin to look around the home for vulnerable areas which will allow them to gain entry.

Safety Tip:  1). Continue to be careful and don’t be caught off guard.  2). Never allow anyone you don’t know to enter your home regardless of their excuse. 3). Remember if someone comes to your home and tries this or other schemes, contact the police immediately. Allow the police to handle the matter.  4). Please share this scheme with your neighbors, friends and relatives especially the elderly ones. Remember knowledge is power.  *This scheme was recently tried unsuccessfully on a young couple who happened to be at home.
Sadly, this scheme, as well as many others, involves a great deal of thought by individuals. It requires them to think of a scenario on how they can steal from honest individuals who don’t mind using their time, energy and minds to work for what they need and want. Again the UNCF slogan is truthful, “a mind is a terrible thing to waste” and because of scheming individuals like these who waste their time, energy and minds we must remain safety fit by Keeping an Eye on Safety.

Drew: How to Treat Your Pet During Frigid Cold