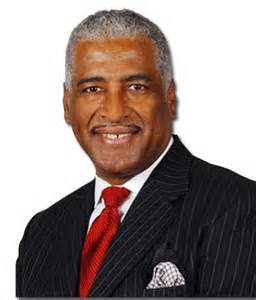 (Birmingham, Alabama, United States)–Mayor William A. Bell, Sr. today joined Doral (FL) Mayor Luigi Boria and Miami (FL) Mayor Tomas Regalado and other Mayors around the United States in signing a letter calling upon President Obama to ask for Mayor Ledezma’s immediate release from jail and release of all other political prisoners in Venezuela.

“It is so critically important that basic human rights are respected. The undermining of democracy cannot be tolerated on any level. In order to govern effectively, fairly and in a just way, leaders around the globe must not be afraid to speak opposition or stand up for what they believe. The peaceful protest model used in Birmingham to break the back of segregation is still relevant today as we continue to see challenges to basic freedoms,” said Mayor Bell.
On February 19, 2015, Venezuelan police officers burst into the office of Caracas, Venezuela Mayor Antonio Ledezma and arrested him.

Various news sources including the BBC reported how an opposition Venezuelan legislator, Ismael Garcia, described the scene, “I just saw how they took Ledezma out of his office as if he were a dog.  They broke down the doors without an arrest warrant.”  A member of the mayor’s security detail said that about ten men with guns and a hatchet burst into Mayor Ledezma’s office and carried him out of the building.

Soon after the arrest, Venezuela’s President Nicholas Maduro announced that Mayor Ledezma, one of the most vocal opposition leaders, must answer “for all the crimes committed against the country’s peace and security.”  He added that he would release evidence to show the Mayor’s involvement in a secret American plan to topple him.

The United States Conference of Mayors has policy on this issue, having passed the resolution “The Undermining of Democracy and Democratic City Governance in Venezuela” at our 2009 Annual Meeting in Providence, R.I. This resolution condemns the treatment of mayors in Venezuela who protest the national government’s policies. To read the full resolution, please go to: http://usmayors.org/resolutions/77th_conference/international02.asp.