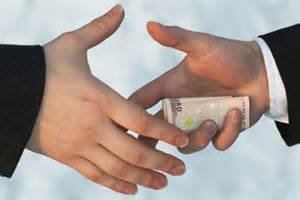 BIRMINGHAM — A federal judge today sentenced a computer software vendor to three years in prison for paying more than $600,000 in bribes between 2002 and 2006 to the then chancellor of Alabama’s two-year college system, announced U.S. Attorney Joyce White Vance and Internal Revenue Service-Criminal Investigation Special Agent in Charge Veronica Hyman-Pillot.

U.S. District Judge Virginia Emerson Hopkins sentenced JAMES WINSTON HAYES, 71, to prison and again ordered he pay $628,454 in restitution and forfeit $5 million. The judge originally sentenced Hayes to probation in 2011. Today’s resentencing was the result of a November ruling by the U.S. Court of Appeals for the Eleventh Circuit, which vacated the judge’s earlier sentence. The government challenged the probationary sentence on appeal and the 11th Circuit ruled that a sentence of probation was unreasonable for Hayes’ crime.

“Mr. Hayes received millions of taxpayer dollars by bribing the chancellor of Alabama’s two-year college system to ensure the defendant’s company received contracts from colleges within the system,” Vance said. “Through fraudulent contracts and fake invoices, he even had taxpayers financing his bribe payments,” she said. “Imprisonment is a necessary and just punishment for his crimes.”

“Today’s sentence of James Hayes emphasizes the government’s relentless effort to hold an individual accountable for his criminal behavior,” Hyman-Pillot said. “Mr. Hayes used financial bribes to influence contracts with the Alabama Department of Postsecondary Education. The overall conspiracy was fueled by greed and deceit. I hope this sends a clear message that Internal Revenue Service-Criminal Investigation will continue to trace every penny used in kickback schemes to expose all individuals who engage in bribery and corruption,” she said.

Hayes formerly owned ACCESS Group Software, a Walker County company that sold educational computer software to the Alabama Department of Postsecondary Education. ACCESS did business with more than 25 two-year colleges and technical schools in Alabama. Hayes pleaded guilty in 2008 to bribing Roy Johnson, then chancellor of the two-year college system, and to conspiring to commit money laundering.

Over four years, Hayes paid Johnson more than $600,000 in bribes, and in return, Hayes’ software company obtained lucrative government contracts that earned his company more than $14 million in revenue and about $5 million in profit.

Johnson pleaded guilty in the case to charges of bribery, conspiracy to commit bribery, conspiracy to commit money laundering, obstruction of justice and tampering with a witness. Johnson was sentenced to six years and six months in prison. Both Hayes and Johnson assisted the government in its investigation of corruption in the two-year college system after they were charged. Including Hayes and Johnson, the investigation resulted in 17 convictions.