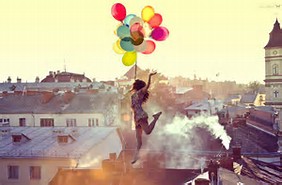 BOSTON – Now in its 15th year, From the Top with Host Christopher O’Riley, the preeminent showcase for young musicians, announces its 2015–2016 National Tour. The 17-city tour invites audiences to live recordings of the popular NPR radio program, featuring outstanding classical musicians ages 8 to 18.
Season highlights include a live recording event featuring the Rochester Philharmonic Orchestra, conducted by their new Music Director, Ward Stare. One of the country’s leading pre-professional ensembles, The National Repertory Orchestra, will be featured in a concert in Vail, Colorado, presented by Bravo! Vail. From the Top will also be on hand at the 2016 Mondavi Young Artists Competition in Davis, California, to showcase some of the competition’s all-stars. For the fifth time, From the Top will return to the Aspen Music Festival and School and will also make its first visit to Naples, Florida, for a concert presented by Artis-Naples.
In all, From the Top is planning three shows in California, three in Texas, two in Colorado, and one in Montana for a really great ride west of the Mississippi; shows will also be recorded in Georgia, Massachusetts, Maine, Florida, New York, and more.
In addition to recording its live radio show, at each tour stop From the Top helps young musicians take their music beyond the concert hall to diverse audiences in school and community settings. Each performer participates in an Arts Leadership Orientation where they explore their leadership pathways and brainstorm ways to take music beyond the concert hall. The young Arts Leaders then put those new skills to use in a unique outreach event crafted for each community on the tour. In the 2015–2016 season, From the Top will extend the outreach programs in several select communities with the generous assistance from Tippet Rise Fund of the Sidney E. Frank Foundation, the William R. Kenan Jr Charitable Trust, and the Howard and Geraldine Polinger Family Foundation, as well as many other generous donors.
Recognizing that financial need often does, but never should, hold a young musician back, From the Top and the Jack Kent Cooke Foundation will also award $200,000 in scholarships to extraordinary young musicians with financial need. Since 2005, The From the Top Jack Kent Cooke Young Artist Award has awarded over $2 million to pre-collegiate musicians to support their musical development.
Broadcast on over 220 stations nationwide to an audience of more than 700,000 listeners, From the Top celebrates the amazing performances and captivating stories of America’s best pre-college classical musicians. The most popular weekly one-hour classical music program on public radio, the show has been described by the Boston Globe as, “an entertaining, accessible and inspirational mix of outstanding musical performances, informal interviews, skits and games; the show is a celebration of extraordinary musicians who happen to be teenagers leading fairly normal lives.”

From the Top is now accepting applications from eligible young musicians at fromthetop.org/casting.