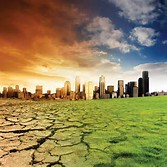 The annual awards program, now in its ninth year, recognizes mayors for innovative programs that increase energy efficiency and reduce greenhouse gas emissions. An independent panel of judges selected the winners from a pool of applicants.

“Mayor Stanton and Mayor Rordam are changing the energy future of their cities and the nation, showing how local innovation can offer solutions to our growing climate challenges,” said Sacramento Mayor Kevin Johnson, President of The U.S. Conference of Mayors. “Mayoral leadership and successful local initiatives are a crucial part of our nation’s arsenal in combating climate-harming emissions.  The programs we are saluting today truly qualify as City-3.0 solutions.”

“We congratulate the winning mayors, especially Phoenix Mayor Greg Stanton and Blacksburg Mayor Ron Rordam, for their leadership in showing how curbing greenhouse gas emissions through energy efficiency and solar also boosts local economies and quality of life in our communities,” said Brian Monahan, Walmart.com’s Vice President of Marketing. “Cities and businesses together know that we can grow smarter and be more efficient in the use of our energy and other resources.”

“Energize Phoenix was a remarkably successful energy efficiency program that is saving local businesses and residents $12 million every year,” said Phoenix Mayor Greg Stanton. “With this public-private partnership, we turned an urban corridor into a green urban corridor, and transformed tens of millions of square feet of commercial and residential space into shining examples of how cities can take the lead in creating a more sustainable future.”

“Our citizens who took part in Solarize Blacksburg and our town are the real winners,” said Blacksburg Mayor Ron Rordam. “We are also so pleased to see so many other Virginia communities following our lead on solar energy, as all of us move toward a future of clean energy.”

“Since 1970 when the mayors of this nation supported the first Earth Day, mayors have been leading the world in showing how to confront our climate challenges,” said Conference of Mayors CEO and Executive Director Tom Cochran. “Our nation’s cities could do so much more if other governmental leaders could simply agree that supporting mayors and their efforts is a bipartisan option for addressing the energy and climate challenges before all of us.”

burg, VA Mayor Ron Rordam — $15,000 for his Solarize Blacksburg to support the increased use of solar energy by city resident. In early 2014, the Town of Blacksburg launched Solarize Blacksburg, the first initiative of its kind in Virginia, to make solar energy more affordable and less complicated for the average citizen. Working with local solar installers, the town and its community partners assumed resonsiblity for a number of front-end costs – engaging the public, marketing the program, performing satellite roof assessments, and arranging favorable financing, among other activities – in exchange for reduced installation costs for the homeowner, lowering costs by 16 percent with an average savings to homeowners of $3,256 per installed solar array. To date, 21 other Virginia communities have followed the city’s lead and created “Solarize” programs in their own communities.

In addition to the first place winners, Honorable Mentions were awarded to mayors in five large cities and five small cities for their exceptional achievements in efforts to promote climate protection:

Michael B. Coleman, Mayor of Columbus (OH), Gregory A. Ballard, Mayor of Indianapolis, (IN), Greg Fischer, Mayor of Louisville (KY)

Brief descriptions of ALL winning programs can be found at: usmayors.org/climateprotection/2015awardees.

About The United States Conference of Mayors — The U.S. Conference of Mayors is the official nonpartisan organization of cities with populations of 30,000 or more. There are nearly 1,400 such cities in the country today, and each city is represented in the Conference by its chief elected official, the mayor. Like us on Facebook at facebook.com/usmayors, or follow us on Twitter at twitter.com/usmayors.