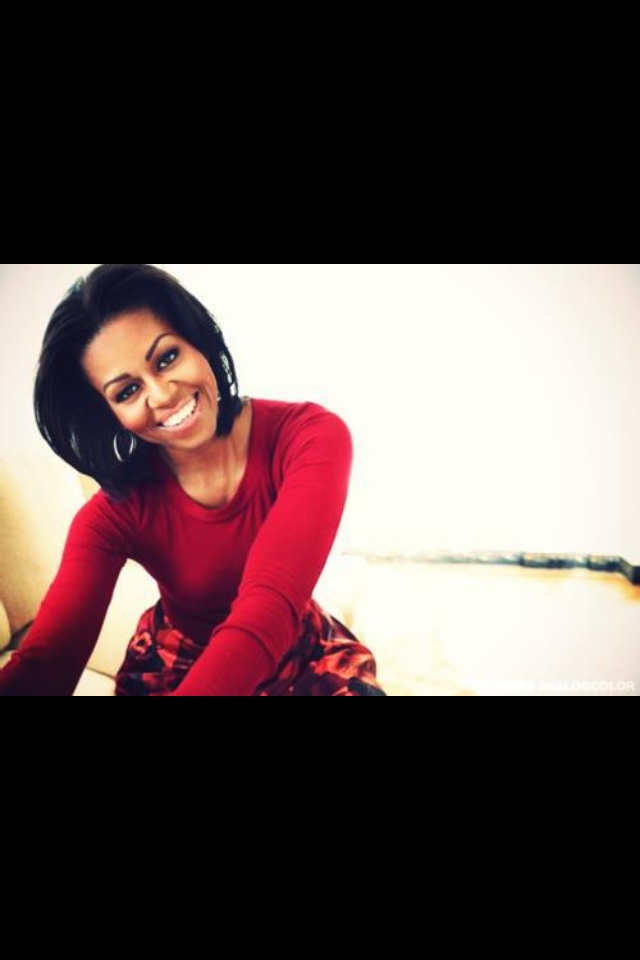 Last month at the graduation ceremony of Tuskegee University, a historically black college, first lady Michelle Obama spoke candidly about the racial barriers facing African Americans and encouraged them to overcome continuing discrimination by staying “true to the most real, most sincere, most authentic parts of yourselves.”

People, she said, “will make assumptions about who they think you are based on their limited notion of the world.” She and her husband have “felt the sting of those daily slights throughout our entire lives.” But “those feelings are not an excuse to just throw up our hands and give up. … They are not an excuse to lose hope.”

Michelle’s comments were deeply moving because they came from her lived experience. Today, two of three Americans have a favorable opinion of her; she is far more popular than her husband. She’s hailed as a fashion icon for her stylish mixing of designer with off-the-rack clothes. She’s confident enough even to release a video of her exercise routine featuring kick-boxing and lifting weights. Her campaign for obesity and for healthy living has helped transform school lunches and vending machines across the country.

But it wasn’t always this way. She was raised in the South Shore community in Chicago. Her father, a municipal worker, was diagnosed with multiple sclerosis as a young man. Her mother and father surrounded their two children with love, with high expectations in hard conditions. This month in Chicago, Michelle gave another commencement address, to graduates of Martin Luther King Jr. Preparatory High School, and spoke to students from experience: “I know the struggles many of you face. How you walk the long way home to avoid the gangs. How you fight to concentrate on your homework when there’s too much noise at home. How you keep it together when your families are having hard times making ends meet.”

Michelle flourished in school, and went on to Princeton, where she felt virtually like an alien in a school filled with the children of privilege, where only 8 percent of the student body was African American. Yet she graduated with honors and went on to earn her law degree at Harvard Law School. After experience in a corporate firm, she turned her energy to more public-spirited work, eventually as a vice president for external affairs at the University of Chicago Hospital, creating bridges to the surrounding community where she had been raised.

But as Barack Obama’s comet rose in 2008, Michelle became the target of harsh criticism. She was burlesqued as “Mrs. Grievance” or “Barack’s bitter half.” The fist bump she gave Barack when he clinched the Democratic nomination was called a “terrorist fist jab.” She was accused of exhibiting a “little bit of uppityism.” As she told the graduating class at Tuskegee, “as potentially the first African-American first lady, I was also the focus of another set of questions and speculations; conversations sometimes rooted in the fears and misperceptions of others. Was I too loud, or too angry, or too emasculating? Or was I too soft, too much of a mom, not enough of a career woman?”

But she made her way. She focused her political energy on fighting obesity, a plague across America, disproportionately afflicting African Americans and Latinos. She made healthful eating and exercise more popular, while mobilizing public pressure on food and beverage companies to cut the sugar and change the offerings in school lunches and vending machines. Her work on issues military families face, particularly the pressures they feel not only when deployed but after they come home, helped thousands find decent work.

Perhaps her biggest triumph was her biggest priority — raising her children in the White House. Her mother moved in to provide an anchor. The president came back at 6:30 to eat with this family, attended school events and athletic practices like a regular parent. Their tight and loving family has been an exemplary model for families across the country. And today, the vast majority of Americans have respect and affection for the first lady who made this happen.

Michelle Obama has said she has no intention of running for political office when she leaves the White House. But the interest in her running never subsides. If she decides to run, she would be the odds-on favorite, particularly for the Illinois Senate seat now held by Mark Kirk, whose most recent infamy was his attempt to use “street language,” degrading Sen. Lindsey Graham and the South Side of Chicago.

As Barack Obama’s presidency heads into its final years, one thing is clear. Michelle Obama’s grace, intelligence and discipline have served her family, her husband and the nation well.