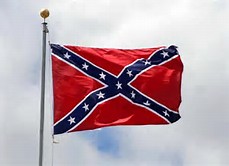 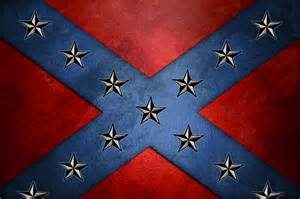 The mere fact this is still being debated in the United States, the fact there are those who continue to accord a nobility, valor, and romanticism to the Confederacy – regarded wistfully as the ‘Lost Cause’ by its adherhents – this is evidence of the deep polarization that divides a society yet to fully come to terms with its legacy of slavery, racial oppression, and barbarism.

When white racist fanatic, Dylann Roof, slaughtered nine people at the Emanuel African Methodist Episcopal Church in Charleston, South Carolina, he unwittingly exposed the truth that the US Civil War remains the defining event in the nation’s history, which still today informs a cultural divide between North and South.

The reason for this lies not so much in the legitimacy of the Confederate/southern cause – indeed, how could a cause defined by the right to keep human beings as slaves ever be considered legitimate? – but in the weakness of progressive forces in succumbing to the mythology that has been ascribed to the Confederacy and to those who fought and died for it. Indeed if ever a society was crying out for the aggressive assertion of human rights, racial equality, and justice, it is the United States.

Racial oppression, whether delivered from the gun of a mass murderer in a South Carolinian church, or the gun of a police officer, has yet to be expunged in the land of the free, even though 150 years have passed since the Confederacy was defeated in battle.

There are historical reasons why this is so, but one in particular: namely the decision of the 19th President of the United States, Rutherford B Hayes, to end Reconstruction as a condition of his entry into the White House with the support of southern Democrats, a tawdry political deal known to history as the Compromise of 1877. It marked the end of a decade in which so-called Radical Republicans (referred to pejoratively as Black Republicans), in control of the US Congress, had driven forward a federal program to promote and uphold the rights of former slaves throughout the South, according them the full civil and political rights that their status as free men and women demanded. This was absolutely necessary immediately upon war’s end, when local politicians assumed control of state legislatures across the South and enacted ‘black codes’ with the objective of keeping the newly freed blacks in as close to a state of slavery as was possible, refusing to grant them their rights or the vote.

The reaction of the North was to divide the former Confederate states into military districts and occupy them with federal troops to ensure the protection of blacks from white racists and to enforce their civil rights. This was accompanied by the demand that those former Confederate states support the passage of the three post-civil war amendments to the US Constitution – the 13th, 14th, and 15th – outlawing slavery and granting rights of citizenship and the vote to every person born in the United States regardless of race or color, and in every state.

The end of Reconstruction in 1877, and the withdrawal of federal troops from states such as South Carolina, resulted in the plight of blacks in said states suffering a sharp reverse. The Klu Klux Klan’s influence and power as America’s first terrorist organization instantly made its presence felt, measured in the rise and entrenchment of white supremacy as a state and culture of segregation returned across the South. Blacks were lynched, murdered, and tortured with impunity from then on, and their status as second-class citizens entrenched.

This mindset remains a fact of life not just across the South but also across the United States, carried in the hearts and minds of right wing Republicans and a reactionary media that on a daily and nightly basis whips up divisions and spews prejudice and racial stereotypes with blithe disregard for common decency.

By far the most compelling evidence of this culture of racial prejudice, however, has been the treatment of the nation’s first black president, Barack Obama, since he entered the White House in 2009. Never has a US President been subjected to such a sustained campaign of demonization and hate as he has.

In the face of this campaign, his dignity has never wavered, nor his understanding of the racism that scars the country to this day. His eulogy at the funeral service of South Carolina senator and pastor Clementa Pinckney, one of the nine victims of the recent slaughter, culminated in an inspiring rendition of Amazing Grace, reminding us of what might have been if he’d been president of a truly post-racial America.

At the start of the Civil War in 1861 four million men, women, and children were being kept as chattel across the Confederacy. They were sold, raped, beaten, tortured and murdered upon the whim of their owners, men and women whose barbarity finds its modern day equivalence in the barbarity of the followers and members of the Islamic State.

The plight of blacks and other minorities across the US today is a daily reminder of that failure, a measure of the weakness of generations of US progressives in their attempt to foment unity when they should have been fomenting justice.

The most passionate Radical Republican of them all, Thaddeus Stevens, put it best: “There can be no fanatics in the cause of genuine liberty.”

John Wight is the author of a politically incorrect and irreverent Hollywood memoir – Dreams That Die – published by Zero Books. He’s also written five novels, which are available as Kindle eBooks. You can follow him on Twitter at @JohnWight1 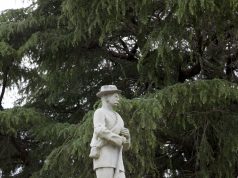