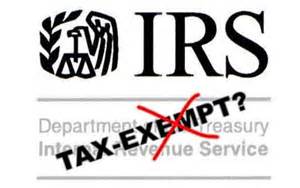 (MONTGOMERY) – Alabama Attorney General Luther Strange signed a letter along with Attorneys General from 14 other states to congressional leaders, calling on Congress to protect the tax exempt status of religious organizations following the Supreme Court’s decision in the case of Obergefell v Hodges declaring states’ bans on same-sex marriage unconstitutional.

“Under the First Amendment to the U.S. Constitution, citizens have the right to exercise their religion freely without government pressure to change their minds or penalties for unpopular beliefs,” the Attorneys General wrote.  “The U.S. Solicitor General recently indicated, however, that the federal government might decide based on Obergefellthat certain religious organizations no longer qualify as tax-exempt organizations under the Internal Revenue Code and also that contributions to these organizations are not deductible as charitable contributions.  We take very seriously the religious freedom of our States’ citizens and believe that Congress should take action now to preclude the IRS from targeting religious groups in this way.”

A copy of the letter may be found at http://www.ago.alabama.gov/File-Religious-Liberty-Letter.