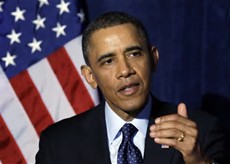 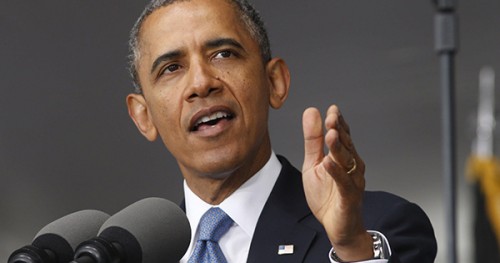 Addis Ababa, Ethiopia (BlackNews.com) — Yahoshuah Israel, Chairman of the International Council for the Commemoration of Col. John C. Robinson, an organization comprised of members from several countries including Ethiopia, United States Jamaica, Canada and Brazil, has petitioned President Obama to honor the extraordinary legacy of the long forgotten hero of the Ethiopian-Italian war of 1935 during his visit to Ethiopia later this month.

Col. John Robinson, an African American aviation pioneer and Ethiopian war hero. based out of Chicago, founded the first black owned and operated flying school and airport in America. Known as the Father of the Tuskegee Airmen, he would go on to dedicate his life to training the Ethiopian Air force pilots and civilian aviation. Because of his courage and dedication to Ethiopia he became a national hero in its fight against Italian Fascism.

On May 4th thru May 6th the International Council for the Commemoration of Col. John C. Robinson and the Ethiopian Patriot’s Association organized the 1st Annual celebration that brought together both the Ethiopian Government, religious sectors and the American Embassy in honoring Col. Robinson’s dedication and sacrifice to Ethiopia. Among the attendees where US Ambassador to Ethiopia Patricia Haslach, former Ethiopian President Girma Wolde Giorgis who was a friend of Col. Robinson, Foreign Affairs Minster Dr. Tedros Adhanon, the Ethiopian Patriots Association President, Daniel Mesfin, Cardinal GebreYesus of Africa, Rev. Girma Demissie of the International Evangelical Church, Haji Kedir Hussein Hamza, Secretary-General of the Muslim League and a host of other VIPs.

The Event climaxed with the unveiling of a bust commissioned by the International Council on May 6th at the cemetery where his grave had been lost for over 60 years. The Council also participated in the dedication of a reading garden at the American Embassy in February.

The Council is petitioning that the Presidential Medal of Freedom be presented posthumously on Col. Robinson as he was the first American to fight against Fascism to preserve the freedom of the last standing independent African nation when all others were under the domination of European colonialism.