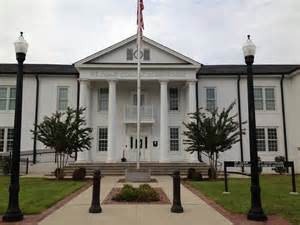 (MONTGOMERY)— Attorney General Luther Strange announced that the Alabama Court of Criminal Appeals on Friday upheld the capital murder conviction of Taurus Jermaine Carroll.  Carroll, 38, of Birmingham, was convicted in St. Clair County Circuit Court in September of 2012 for the murder of Michael Turner.
When Carroll murdered Turner—on September 14, 2009—Carroll was already serving a sentence of life without parole at St. Clair Correctional Facility due to his conviction for a previous capital murder.
Evidence presented at trial showed that Carroll accused Turner of taking his cell phone. Despite Turner’s repeated denials, Carroll stabbed him multiple times with a knife fashioned from part of an air conditioner vent.  Turner was taken to the prison infirmary, where he died as a result of the wounds.  An autopsy indicated that Turner sustained 16 stab wounds to his head, neck, and body. Carroll admitted to a correctional officer that day that he had intended to kill Turner. Early the next morning, investigators with the Investigation and Intelligence Division of the Alabama Department of Corrections read Carroll his Miranda rights, which he waived, and he gave a full confession, which was recorded.
The case was prosecuted at trial by St. Clair County District Attorney Richard Minor. Carroll was sentenced to death and subsequently sought to have his conviction reversed on appeal.

The Attorney General’s Capital Litigation Division handled the case during the appeals process, arguing for the Alabama Court of Criminal Appeals to affirm the conviction. The Court did so in a decision issued on Friday, August 14.