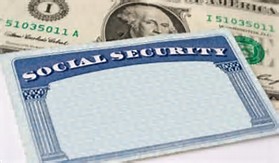 Washington, DC – AARP released results of a survey on August 14 as we celebrated the 80th Anniversary of Social Security. Americans of all ages continue to have strong feelings of support for Social Security, and the survey found several key themes. According to the national survey of adults, Social Security remains a core part of retirement security, and remains popular across generations and political ideologies. Americans want to live independently, but face challenges around saving for retirement that underscore the importance of Social Security for future generations of beneficiaries.
“As we celebrate Social Security on its 80th anniversary, our survey found that it remains as important as ever to American families,” said AARP CEO Jo Ann Jenkins. “We also found that although most want to continue living independently as we age, obstacles to saving often continue to occur in our lives. However, Social Security continues to help generation after generation to diminish these obstacles.”
In addition to the survey, the AARP Bulletin has stories this month about Social Security’s history, its future, and what it’s doing for Americans today.
Details on some of the Social Security survey key findings are below:
As a core part of retirement that remains popular, Americans say that they:
 Rely on Social Security: 80% plan to rely on Social Security in a substantial way or rely on it somewhat. 33% say it is the source of income that they rely on or plan to rely on most during their retirement.
 Believe in the importance of Social Security across political ideologies, generations: 66% say Social Security is one of the very most important government programs. This view has remained consistent over time in similar AARP surveys taken in 1995, 2005, and 2010.
* Younger Americans also value the program. Specifically, 90% of adults under age 30 believe Social Security is an important government program, and 85% want to know it will be there when they retire.
Americans have a desire not to depend on others because they:
 Want to live independently: 83% consider it extremely important to have the ability to live independently in their home for as long as they want, although 64% have concerns they won’t be able to do so as they age. Additionally, while 68% feel it extremely important to have family around, 80% want to ensure self-sufficiency so their children and other relatives won’t have to support them financially.
However, many people face challenges preparing for retirement including that they:
 Have difficulty saving: Obstacles to saving include
* 69% have to focus on their current financial needs.
* 47% don’t have enough money left over after paying their bills.
* 39% faced a major health need or problem in their family.
 Worry about living in retirement:
* 68% express at least some concern that they won’t have enough savings to last their lifetime.
* 69% express at least some concern about having a major health care expense that could wipe them out financially.
* 65% express at least some concern Social Security won’t be enough for them to get by on.
For the Social Security 80th Anniversary survey, AARP commissioned GfK Roper, a national survey research firm, to conduct a national random telephone survey of 1,200 adults aged 18 or older on mobile and landline telephones. A total of 717 respondents were not retired and 483 were retired. Interviews were conducted from June 4 to June 28, 2015. The margin of sampling error for the random sample of 1,200 is +/- 3.6 points.
Note to reporters: Fact sheets from the AARP Public Policy Institute provide national and state data on Social Security as a key source of retirement income.
###
About AARP
AARP is a nonprofit, nonpartisan organization, with a membership of nearly 38 million, that helps people turn their goals and dreams into real possibilities, strengthens communities and fights for the issues that matter most to families such as healthcare, employment and income security, retirement planning, affordable utilities and protection from financial abuse. We advocate for individuals in the marketplace by selecting products and services of high quality and value to carry the AARP name as well as help our members obtain discounts on a wide range of products, travel, and services. A trusted source for lifestyle tips, news and educational information, AARP produces AARP The Magazine, the world’s largest circulation magazine; AARP Bulletin; www.aarp.org; AARP TV & Radio; AARP Books; and AARP en Español, a Spanish-language website addressing the interests and needs of Hispanics. AARP does not endorse candidates for public office or make contributions to political campaigns or candidates. The AARP Foundation is an affiliated charity that provides security, protection, and empowerment to older persons in need with support from thousands of volunteers, donors, and sponsors. AARP has staffed offices in all 50 states, the District of Columbia, Puerto Rico, and the U.S. Virgin Islands. Learn more at www.aarp.org.