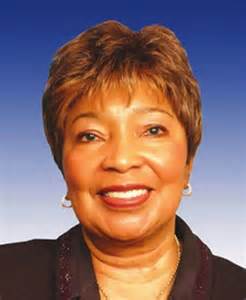 DALLAS, TX – (Wednesday, August 19th, 2015) – Today, Congresswoman Eddie Bernice Johnson released the following statement on the passing of former Congressman Louis “Lou” Stokes:
“Today, as I mourn the passing of my good friend and mentor, Congressman Louis Stokes, I celebrate the legacy of one of the most iconic public servants whose 30 years of service transformed the halls of Congress. He was dedicated to expanding political and economic opportunities for all Americans, and he was determined to transcend the culture of discrimination and injustice.
As an attorney, he argued one of the most renowned cases in the history of the U.S. Supreme Court, Terry v. Ohio, which established the constitutional standard of “reasonable suspicion” for stop and frisk searches.
During his tenure in the U.S. House of Representatives, Congressman Stokes was the first black chairperson of the House Intelligence Committee; he served as chairman of the House Ethics Committee and was one of the most influential members of the House Appropriations Committee.
As a founding member of the Congressional Black Caucus, Lou Stokes engineered a vehicle that would foster collaboration and strategic alliances for generations. Because of his visionary leadership, we all benefit from an organization powerful enough to engage, empower and excite generations of African-American leaders, who influence the political landscape, impact the outcome of elections and serve as strong voices for those weakened by poverty, discrimination and a lack of opportunity.
I am proud and honored to have had the privilege of serving with Congressman Stokes.  I was inspired by his intelligence, preparation, dignity, generosity and forward-thinking. He leaves behind a legacy that inspires, not only those who served with him, but a generation of future leaders. I am grateful for his vision, his integrity and his grace.”
####
U.S. Representative Eddie Bernice Johnson is the ranking member of the House Committee on Science, Space, and Technology and the highest-ranking Texan on the House Committee on Transportation & Infrastructure. She represents the 30th Congressional District of Texas, which includes Downtown Dallas, Fair Park, Kessler Park, Old East Dallas, Pleasant Grove, South Dallas & South Oak Cliff; all of Cedar Hill, DeSoto, Duncanville, Hutchins, Lancaster & Wilmer and parts of Ferris, Glenn Heights, South Grand Prairie, Oak Lawn, Ovilla, Uptown/Victory Park and West Dallas