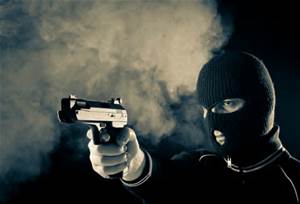 On Friday, August 15, 2015, at approximately 11:30pm, Birmingham Police Officers were called to a robbery of a person in the 1500 block of 15th Street South.  The victim told officers that two black male suspects took his vehicle at gunpoint.  As officers were continuing to gather information from the victim, the victim observed his vehicle driving down the street.  Officers attempted to stop the vehicle, but the occupants refused to stop.  A pursuit was initiated and the suspects fled from the vehicle on foot near Goldwire Street and 1st Avenue SW.  Officers took one suspect into custody.  The suspect is Courtney Lewis black male 22 years of age.  Lewis is charged with Robbery 1st Degree $30, 000 bond and Attempt to Elude $300 bond.  Lewis is currently in the Jefferson County Jail.