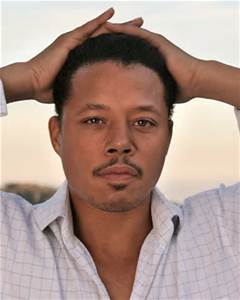 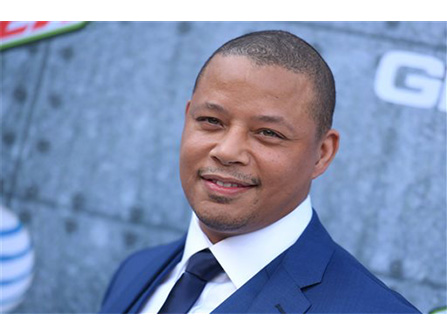 LOS ANGELES (AP) — Terrence Howard agreed to a 2012 divorce settlement with his ex-wife after she threatened to leak details about his sex life, his attorney said Tuesday at a hearing on the actor’s efforts to overturn the agreement.

Attorney Brian Kramer later played audio of a 2011 telephone conversation between Howard and his ex-wife Michelle Ghent in which she said she would sell information if he didn’t pay her.

“I will (expletive) bury you deep within the ground,” Ghent is heard saying on the recording.

She said she had video of Howard singing naked in the bathroom and could sell the footage for $2 million. She also referred to alleged affairs by the actor and said she had called the Internal Revenue Service to report improper deductions.

After several minutes, Howard tells Ghent, “I’ll drain everything I got to take care of it.”

Yvonne Howard, the actor’s sister-in-law, also said in a deposition read in court that Ghent had told her that she had taken one of the actor’s cellphones that contained footage of him having sex.

Yvonne Howard lives in Florida and did not travel to Los Angeles for the hearing.

Howard contends the statements by Ghent amounted to extortion and that the divorce settlement should be overturned.

Ghent’s lawyers say she denied the allegations during a deposition. Ghent has accused Howard of domestic violence and is also seeking money she says is owed under the settlement.

The Oscar-nominated actor and star of the hit television series “Empire” is expected to testify during the proceeding, which could end Monday.

Howard and Ghent were married in 2010 and she filed for divorce a year later.

The dispute has prompted 20th Century Fox, which produces “Empire,” to seek guidance on where to send his earnings from the show.

Judge Thomas Trent Lewis ruled that Ghent’s testimony will be limited because she did not file certain pleadings before the hearing. The judge also said Howard could only present evidence of duress and extortion attempts that happened outside of the pair’s mediation in 2012.

The divorce agreement gave Ghent several bank accounts and left Howard with responsibility for several debts, including tax liens. It also called for him to pay his wife a share of his earnings in spousal support.

During the hearing, Howard received a sharp rebuke from Lewis after the judge learned Howard had snapped a photo of the courtroom audience, including reporters covering the hearing.

“You guys are always in my business, you don’t want me in yours,” Howard told reporters before a break.

Lewis informed Howard that the photo was a violation of court rules and cut the actor off when he tried to explain himself.

A few moments later, another bailiff informed Lewis that the presiding judge wanted Howard’s phone searched, which led to its brief confiscation while authorities determined the photos had been deleted.

Howard received an Oscar nomination for his starring role in 2005’s “Hustle & Flow.”