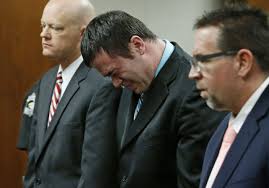 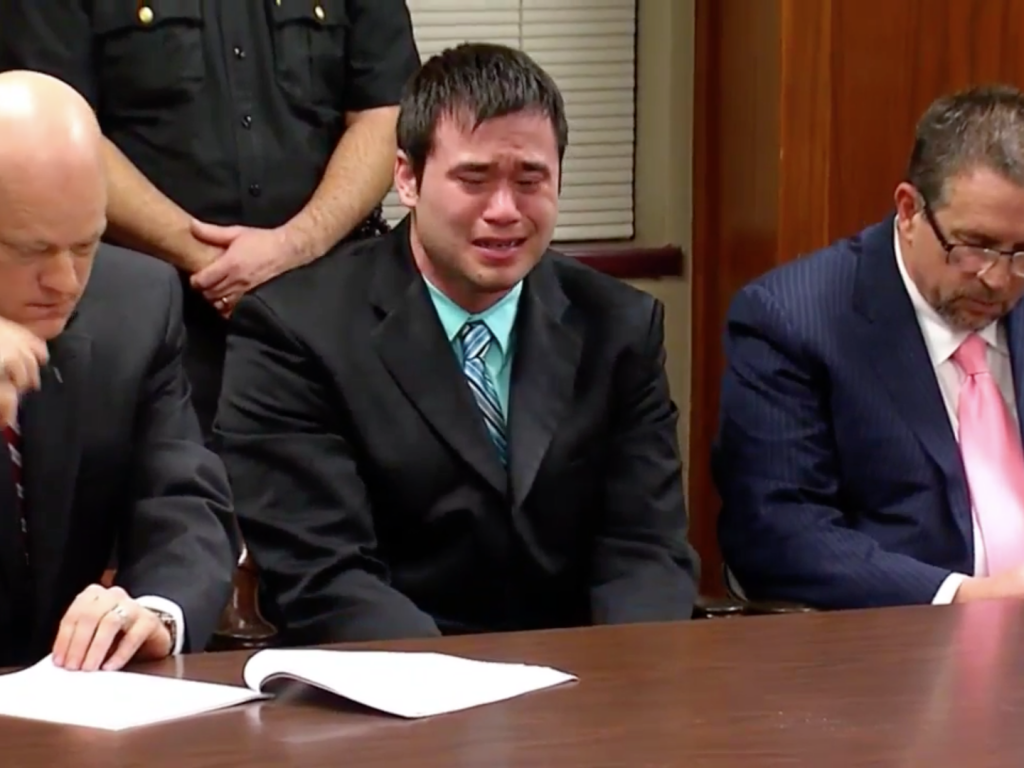 OKLAHOMA CITY (AP) — A former Oklahoma City police officer was convicted Thursday of 18 of the 36 counts he faced, including four counts of first-degree rape, related to accusations that he victimized 13 women on his police beat in a minority, low-income neighborhood.

Daniel Holtzclaw, 29, sobbed as the verdict was read aloud. He could spend the rest of his life in prison based on the jury’s recommendations, which include a 30-year sentence on each of the first-degree rape counts. Among the other charges he was convicted of were forcible oral sodomy, sexual battery and second-degree rape.

The jury, which deliberated for about 45 hours over four days, recommended he serve a total of 263 years in prison. The judge will decide later whether he will have to serve the sentences consecutively.

Holtzclaw’s mother, father and sister were in the courtroom as the verdict was read. At least one accuser was present, as well as several black community leaders. Seven armed deputies were stationed around the room.

The lead detective in the case, Kim Davis, said after the verdict: “I feel horrible for his family. It’s brutal, but I think justice was served.”

The allegations against Holtzclaw brought new attention to the problem of sexual misconduct committed by law enforcement officers, something police chiefs have studied for years.

During a monthlong trial, jurors heard from 13 women who said Holtzclaw sexually victimized them. Most of them said Holtzclaw stopped them while out on patrol, searched them for outstanding warrants or checked to see if they were carrying drug paraphernalia, then forced himself on them.

Prosecutors said in their closing arguments that many of the accusers have had troubled lives but that the law protects them as much as anyone else. Holtzclaw’s attorney described him as a model police officer whose attempts to help the drug addicts and prostitutes he came in contact with were distorted.

Holtzclaw did not take the stand.

The first woman to come forward was a grandmother in her 50s, who said Holtzclaw pulled her over during a traffic stop on suspicion of drunken driving. She said he ordered her into the backseat of his squad car, where he exposed himself and told her to perform oral sex.

Holtzclaw’s youngest accuser was 17 at the time of the attack. She accused him of escorting her to the front door of her mother’s house. There, she said, he pulled down her shorts and raped her.

Police said they used the GPS in Holtzclaw’s car and police databases to confirm he had been in contact with many of the women.

But despite the number of victims, the case presented prosecutors with several challenges.

Many of the women had arrest records or histories of drug abuse. Most hailed from the same neighborhoods in the shadow of the state Capitol. Two women took the stand wearing handcuffs and orange scrubs because they had recently been jailed on drug charges. Another woman admitted on the stand to slipping out of her motel room the night before and procuring marijuana and the hallucinogen PCP.

Holtzclaw’s attorney, Scott Adams, made those issues a cornerstone of his defense strategy. Adams questioned several women at length about whether they were high when they allegedly encountered Holtzclaw. He also pointed out that most did not come forward until police identified them as possible victims after launching their investigation.

Ultimately, that approach did not sway the jury to dismiss the women’s stories.

All of the women are black. Holtzclaw is half-white, half-Japanese. The jury appeared to all be white, though Oklahoma court officials said they did not have race information for jurors. Some supporters of the women questioned whether the jury would fairly judge their allegations.

Holtzclaw’s father — a police officer in his hometown of Enid, Oklahoma, about 100 miles northwest of Oklahoma City — and his sister regularly sat behind him in the courtroom, as did other family members and friends who maintained their belief in his innocence.

Also often in the courtroom were pastors and activists from the communities where the women live. Some wore teal to signify support for victims of domestic violence. Activists organized a protest outside the courtroom with loud chants calling for a life sentence, which could be heard inside during the trial.

Holtzclaw’s case was among those examined in an Associated Press investigation of sexual misconduct by law enforcement. The AP’s yearlong probe revealed about 1,000 officers had lost their licenses for sex crimes or other sexual misconduct over a six-year period. Holtzclaw was not included in that count because he has not yet lost his license.

The AP’s finding is undoubtedly an undercount of the problem of sexual abuse in law enforcement. Not every state has a process for banning problem officers from re-entering law enforcement, known as decertification. And of those states that do, great variations exist in whether officers are prosecuted or reported to their state licensing boards.