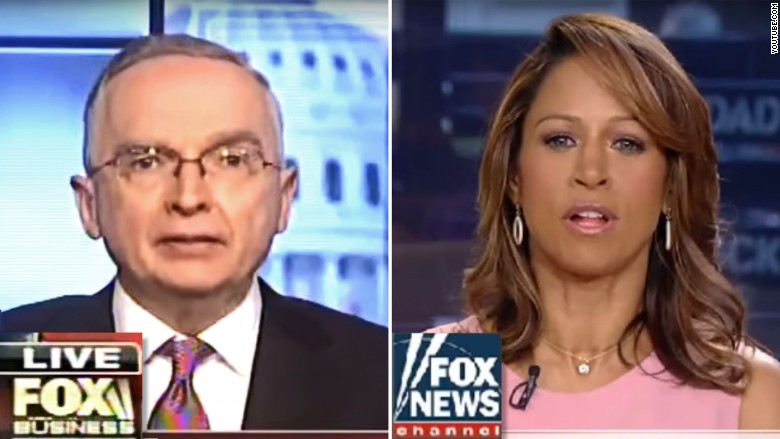 Stacey Dash and Lt. Col. Ralph Peters have been suspended for two weeks by Fox News and Fox Business after using profanity in attacks against President Obama, the company announced Monday.

“Earlier today, FOX contributors Lt. Col. Ralph Peters and Stacey Dashmade comments on different programs that were completely inappropriate and unacceptable for our air,” said Bill Shine, Senior Executive Vice President of Programming, in a statement. “FOX Business Network and FOX News Channel do not condone the use of such language, and have suspended both Peters and Dash for two weeks.”

“Mr. President we’re not afraid, we’re angry, we’re pissed off, we’re furious! We want you to react, we want you to do something!” Peters said.

“You’re afraid!” he continued before adding, “This guy is such a total pussy, it’s stunning.”

Varney’s response: “I can tell you’re super angry and I asked you what your reaction was, but you can’t use language like that on the program, I’m sorry.”

Over on “Outnumbered,” Dash was asked her thoughts on Obama’s speech.